Who Are Our Esthers?

Who doesn’t love the story of Esther, the young Jewish girl who put her life on the line in order to save thousands of other Jewish lives? Who isn’t inspired by people like Corrie ten Boom who used their positions of social privilege during World War II to act in the spirit of Esther to save the lives of Jewish people?

Next Wednesday evening is Purim, the holiday celebrating God’s deliverance of the Jewish people via the courage of one woman who used her voice and privilege on behalf of those facing mass extermination. Where are the Esthers of today?

I see some Esthers raising their voices on behalf of those trapped by human trafficking and at work in prayer and advocacy on behalf of those who are being persecuted for their Christian faith. I grew up in the faith hearing about the courage of people like this who’d been imprisoned for their faith behind the Iron Curtain and China. Each new generation breeds some hell-bent (in the dictionary sense of the phrase) on discovering new ways to torture, imprison, and dehumanize those who aren’t like them. The Church in the comfy, sleepy West is becoming more aware with each new horrific headline and YouTube video that the ascent and spread of Islamic fundamentalism means Christians (and other people groups, including less-radical Muslims) are an endangered species across the Middle East and in some parts of northern Africa. These are my people, these Christians. If we’re paying attention, we’re grieving and praying for those in the crosshairs. If we’re honest, we’re asking the sobering question, “What if I was the one kneeling on the shore of a Libyan beach in an orange jumpsuit with a blade at my neck? Am I ready to die for Jesus?”*

Frankly, I’m a little discouraged by the scarcity of Esthers in the Church who use their voices to advocate for a people group living in cross-hairs of ISIS and their crew of ideological clones. These are my people, too: the Jews. The old anti-Semitism that’s long held Europe in its thrall (forced expulsions and “conversions”, pogroms, ghettos, concentration camps) has been re-oxygenated by ISIS & Co. The Jewish media I follow on Facebook (Jerusalem Post, Tablet, Jewish Daily Forward, Israel365, Step Up For Israel, and the American Jewish Committee) do a great job reporting on incidences of anti-Semitism. Once in a while, the rest of the world pays attention, like when someone with ties to ISIS, a gun and a death wish marches into a French grocery store and starts killing Jews just because they’re Jewish or takes aim outside a Danish synagogue. Here’s the thing: This isn’t just an “over there” problem. There are warning shots being fired right here, too. (Is there a correlation between an ISIS-trained warrior and a bunch of bored faux-skinhead teens with cans of spray paint? You may disagree, but I believe the same Haman-like anti-christ spirit infuses both, though with vastly different levels of focus and skill.)

Support for the Jewish people tends to be calibrated for many to support for the State of Israel. A growing number of my Christian brothers and sisters have demonized Israel in order to express support for the Palestinians’ P.O.V. I recognize this is a part of a broader shift away from the generation-long bad romance between conservative (Republican) politics and Evangelicals. I get the impression from those in many quarters of the Church that caring about the Jewish people is so…old school. And unnecessary.

We in the Western Church have been sludge-slow as a group to respond to the stories in recent years of persecution and torture of Christians in the Middle East. And the Church has been sadly, eerily quiet regarding the stunning rise in anti-Semitism across Europe (with troubling flares of anti-Jewish activity here in the U.S.). In light of 2,000 years of grim history when it comes to the Church’s treatment of the Jews, it comes across as same song, different verse. I am a Jewish follower of Jesus. I am listening closely to the voices of those in the Church and of those in the Jewish community. I hear the silence from my brothers and sisters in the Church. Many Christians act as through persecution of believers and the rise in anti-Semitism are two completely different, unrelated issues.

They aren’t. I don’t know how to say it any more plainly. Grafted-in branches are facing the same chainsaw-wielding opponent as the root.

And those who recognize this is the case are the Esthers the whole world needs to see and hear now.

When Esther’s words were reported to Mordecai, he sent back this answer: “Do not think that because you are in the king’s house you alone of all the Jews will escape. For if you remain silent at this time, relief and deliverance for the Jews will arise from another place, but you and your father’s family will perish. And who knows but that you have come to your royal position for such a time as this?”

Then Esther sent this reply to Mordecai: “Go, gather together all the Jews who are in Susa, and fast for me. Do not eat or drink for three days, night or day. I and my attendants will fast as you do. When this is done, I will go to the king, even though it is against the law. And if I perish, I perish.” – Esther 4:12-16

* Oh Lord, may my answer be a steady yes if it ever comes to this in my life. 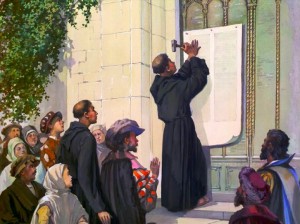 Evangelical
Kvelling In The Valley Of The Shadow
Pilgrim's Road Trip

Evangelical
Is God A Mafia Boss Or Is God...
Pilgrim's Road Trip

Evangelical
Is God A Mafia Boss Or Is God...
Pilgrim's Road Trip
TRENDING AT PATHEOS Evangelical