Old Man, I Really, Really Am A Lot Like You

Last week the Tonight Show was in reruns, and one of the shows they replayed featured Jimmy Fallon and Neil Young singing Young’s “Old Man”. I saw it the first time it aired, and have watched the clip below probably a couple of dozen times since then. Maybe the shows producers saw the bit as a way to showcase Fallon’s eerie imitation of Young’s windblown, aching tenor, but it was so much more than that, whether it was intended to be or not.

Slate’s Forest Wickman thought so, too. He noted, “…this new duet, his first one with the real Neil Young, is almost poignant. Fallon’s abilities as a vocal chameleon—the T-1000 of comedy singing—sound just as uncanny when heard side-by-side with the genuine article, and when he sings ‘I’m a lot like you were’ next to the real Young, now 69 years old, it’s less funny than it is just a perfect moment.” 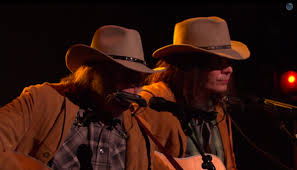 Young was 27 when “Old Man” first released. The Source Of Usually-True Internet Knowledge, Wikipedia, says Young wrote the song 43 years ago about a caretaker who worked at his NorCal ranch. When he first released the song, it was both bridge and fence across a generational and economic divide. Young is now an old man. (No pun intended.) The song has an entirely different heft to it when he sings it now. And seeing him sing it side-by-side with a canny version of his young self was for me an unexpectedly transcendent moment.

If I were ever asked to describe what the crisis of midlife is meant to do in us, it is this very thing. Growing out of that first half of our lives via regret, trial, broken dreams, shunted ambition, and health limitations distances us from the young people we once were. Resolution comes as we learn to harmonize like Old Neil and “Young Neil” did, starting at 2:22 in the video. We are the only ones who can truly sing the descant to the melody we created when we were young.

What did you think of the performance? Clever impression, helped along by great lighting and Fallon’s immense talent? Or something more? 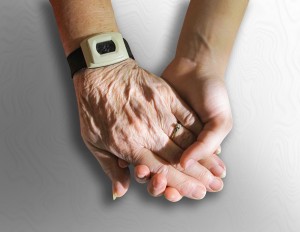