“I would never behave like those crazed mothers on shows like Toddlers & Tiaras and Dance Moms,” we parents tell ourselves. “Spray tans on a four year old? Competition that takes all the joy out of childhood play? I would never live my ambitions through my kid!”

Parental ambition come in plenty of shapes and sizes. Most of them aren’t featured on basic cable, but are everywhere we turn during our active parenting years: 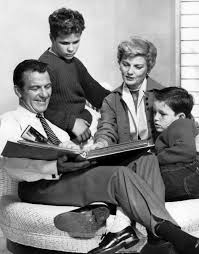 There is a particular strain of stage parenting that is especially noxious. Spiritual stage parents are those who live out their own need for the affirmation of their peers and/or their own church political ambitions through their children. Scripture tells us that one measuring stick for potential church leaders is a well-ordered family: “He must manage his own family well and see that his children obey him, and he must do so in a manner worthy of full respect. (If anyone does not know how to manage his own family, how can he take care of God’s church?” (1 Tim. 3:3-4).

A wise guideline can become a goad in the hands of a fear-controlled parent. As in other arenas in life, oftentimes spiritual stage parents are rewarded by church subculture. Where other parents in a church might see an example of a godly family, the children in the family with a spiritual stage parent at the helm might be hearing words like these:

Every parent has had those “What will they think?” moments when the Olympic judgement of the “theys” around us matters just a little too much for anyone’s good. Maybe we’ve gotten a little too invested in an U-8 soccer game, cringed in personal humiliation when our child had a meltdown in the grocery store, or applied a bit of pressure if we can felt as though they’ve slacked off in their studies. These klutzy, imprecise choices are part of the rough weave of a family being crafted in real time, out of broken people.

Love drives parents to do hard things like saying ‘no’ to our kids, giving them opportunities for growth (gymnastics, church attendance, cleaning the cat litter box), and celebrating what we see them becoming before our eyes. Love means we hold them openhanded in prayer before their heavenly Father. Nothing can clench our open hands shut faster than the fear that fuels “What will they think?” In the church, our parenting classes and books, our graven images of The Perfect Christian Family, and a strange competition in some congregations and movements that compels us to act as though we’re not as messed-up as we really are creates an environment that rewards spiritual Stage Parents.

I’ve had those moments as a parent – those moments when my own insecurities gave “them” too much power in my life. It was the confession of a fellow home school mom that jolted me into dealing with my own need for the approval from those harsh judges (which not-so-coincidentally sounded suspiciously like the self-critical tape that was queued up in my own head). Her teen kids were beginning to make choices that unsettled her – not because the choices were all that harmful, but because they colored outside the lines of the uber-conservative home school community. Suddenly, she worried about the judgement of all those “theys” in her clique of peers. “I hoped home schooling would give me secret access to a button I could push in my child’s life so they would believe and behave in the way in which I was training them,” she said.

There is no fear in love. But perfect love drives out fear, because fear has to do with punishment. The one who fears is not made perfect in love. (1 John 4:18)

Fear accesses the worst part of ourselves: our own unhealed rejections, dreams and ambitions. We in the church have a special corner on this when we over-spiritualize our concerns. It’s not always easy to own those fears in an environment that encourages you to deny them, or worse, to leverage them as part of your parenting toolkit. The way in which we define (or misapply) the notion of parenting success in the church can turn us into Spiritual Dance Moms. My friend’s words caused me to do some unpleasant but necessary soul-searching about the way in which “What will they think?” had shaped my parenting. Our own need for affirmation (which is another way to say ambition) can never be met by using another human being to get what we think we need from our peers. Our fears will not create unhindered access to that button we can push whenever we feel the need to jolt our kids back in line.

Because there is no secret button.

If you are a veteran parent, what experiences or practices helped you deal with your own Dance Mom temptations or the competitive nature of some other parents?

March 29, 2015 Christian Seders?
Recent Comments
0 | Leave a Comment
Browse Our Archives
get the latest from
Evangelical
Sign up for our newsletter
POPULAR AT PATHEOS Evangelical
1