The witch’s cauldron is a quintessential symbol of witchcraft and magic even in mainstream society.  It is a central symbol of the Witch’s Sabbath, and is a source of ancient power and chthonic wisdom.  The cauldron is the womb of the Great Goddess, a symbol of the void before creation.  It contains the potential of all creation, sparked by the flame of the Witch Father who is the impetus of the Universe.  Heated by the primal fires of the god’s  active energy, the dark waters of the primordial ocean begin to boil and write with life.  Like the great Creator, Sustainer, and Destroyer; the cauldron is a vessel of manifestation, transformation, dissolution, and resurrection.  The cauldron is the vessel for all of these primordial forces, containing all of the potential for our magic.

Although, often made of iron, the cauldron acts as a container, shielding the contents from outside influences.  The cauldron is the well of wisdom, which imparts its divine inspiration to the elixir within.   It was in a great cauldron that the goddess Cerridwen brewed her potion of wisdom in the Legend of Taliesin.  Being a symbol of the womb of the earth mother, the cauldron filled with soil will act as an incubator for magical objects.  The objects within will be charged with powerful energy of the verdant earth.  According to the Mabinogi, dead warriors were placed within the Cauldron of Rebirth to be brought back from death, however they returned without their voices.  The ancient Celts also saw the Cauldron as a symbol of regeneration and also recognized it as a doorway to the other side.

Just like a cast iron skillet that is seasoned over time, and a new mortar and pestle is broken in before use; the witch’s cauldron can also be prepared in various ways for added potency.  Burying the cauldron in the earth for an entire moon cycle imbues the cauldron with the moon’s subtle energies.  Also the moisture from the soil will cause oxidation and rusting, which gives new cauldron’s a nice patina.  The iron shavings can be brushed off and collected for various Martial philtres such as War Water or Black Salt.  By heating the cauldron over a fire made of sacred woods, and boiling or grinding powerful herbs of enlivening within it one is able to connect with and awaken the spirit of this powerful ally.  The most powerful substance for awakening such objects is the witch’s own blood or bodily fluid, which forges a connection between the object and its keeper. 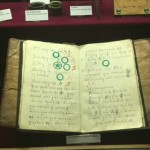 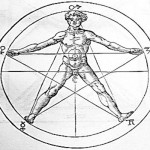