Photographer Captures the Power and Beauty of the Male Practitioner in ‘The Sabbath’ November 11, 2016 Coby Michael Ward

Male fitness photographer, Allan Spiers, is a modern day Renaissance Man.  Born in Lima, Peru; Spiers moved to the US with his mother at the age of thirteen.  He currently resides in Chicago, IL and runs the successful Vodou Store with his husband Jeff Cullen.  Under the pseudonym Docteur Caeli d’ Anto, Spiers and Cullen (Hellfurian Liontari) specialize in various forms of Hoodoo, Conjure, and Witchcraft.  Spiers’ talent as a photographer and graphic designer can be seen on the company’s  vivid product labels.

As a photographer Spiers focuses on male fitness photography, and has a large portfolio of mainstream images as well.  The Sabbath is one of three ongoing themed projects.  When I first saw these images I was taken aback by their dark beauty and occult symbolism.  The imagery of the medieval Witches’ Sabbath has had a major influence of modern traditional witchcraft practices, and is an important area of focus in my own studies as well.  The subject matter of these photographs focuses on the beauty of the male form, and spotlights an often overlooked area of witchcraft, that of the male practitioner.  Wanting to take a closer look at the creative process behind these gorgeous shots, I reached out to Mr. Spiers, and he was happy to reply.  Here is our interview:

Q1: What aspects of the Witches’ Sabbath do you draw on for inspiration?  I noticed themes of nocturnal flight, sexual imagery, spiritual ecstasy and the sabbatic goat, to name a few.

“For years I have studies the artistic expressions of the Witch’s Sabbath, whether paintings, etchings and engravings, woodcuts, or descriptions from confessions.  These images run parallel to the very real and very fertile traditions of the many ancient religions predominantly around the Mediterranean, more specifically out of Greece and Italy.  They are the direct result of the angry and unhinged metamorphosis of Bacchic rites, the sacred orgies of Pan and Kybele, and the nocturnal gathering of maenads, rootcutters, and goetic sorcerers.  The demons of the Sabbath are the shadows of the wild gods, frenzied and full of lechery , whose wrath is toward the mainstream religions of today that have demonized them.  For the witch who would honor them, their gifts are immense, and those deep feelings are reflected in the imagery of this project.  It gives a nod to Them, not only as devils, but also as powerful gods who have the power to move the soul of the witches who serve them, leaving the witch free and unbound by the Puritanical views of society.  When you soar by the light of the moon, you defy the boundaries set upon you by the civilized world, when you gaze through the darkness, you see your true self and when you release your inhibitions you experience deeply erotic pleasure.  It challenges the layperson to question their own place in society.  It makes them question why it may make them uncomfortable, and why they might be attracted to it.”

Q2: How would you describe the aesthetic quality of your personal practice?  I noticed various influences from different folk traditions in some of the images, in addition to the Sabbatic imagery.

“All of my work carries a darker, more primal aesthetic.  In everything I do I want to evoke a feeling of raw uninhibited power, forces that predate the New Age movement.  It is that imagery that arouses, yet terrifies all at the same time.  There is and always has been an intoxicating pull toward the image of the witch, and that desire to drink of its darkness is reflected in my spiritual art and practice.  Coming from a country like Peru, where we host the Mercado de Brujos (The Witch’s Market) I witnessed a more ancient form of witchcraft that many modern practitioners have yet to find.  These traditions are centuries old, and much of it comes from the pages of European grimoires, and folklore surrounding the witch.  It is that imagery that we remember that we witches can ‘bid the mountains to tremble and break the jaws of serpents with our words.’ ”

Q3:  Some of the photographs are reminiscent of classical paintings of witches such as “Witches on the Sabbath” by Luis Ricardo Falero, can you elaborate on this if in fact this was your intention?

“I absolutely love the way the masters captured witch lore in their work and I hope to carry on their legacy in a modern medium.  To be honest, when I started this project and it started to take on a life of its own, it started to naturally pull towards that aesthetic.  I think when an artist takes on this subject matter, they tap into the Veil and invoke into themselves the spirit of those who have come before.  You can almost see it happening.”

“The very first image of the project was “Blaspheme,” but by the time I got to “Spectral”  it started to breathe and vibrate with its own energy.  The project as an entity knows where it wants to go.  I am just along for the ride, quite literally.”

Q4:  As a magical practitioner yourself, did you find this project taking on a more profound spiritual or esoteric significance for you?

“Yes, definitely.  It has evolved from an almost primordial egg into something that became its own entity that has brought witchcraft and the occult to the forefront.  It has inflicted itself into the minds of the mundane audience and reawakened that intrigue.  It has literally become a spell that has captivated those who would have never been exposed to this world, and the feedback I have gotten has been shockingly positive and inquisitive.  I think it has awakened the deeper subconscious of an audience I would have never though would accept it.”

Q5:  What do you think it is about historical or “traditional” witchcraft practices that appeals to men, as opposed to Wiccan or other neo-Pagan practices, which seem to be dominated by female imagery?

“Certainly, we know there were and are a great deal of men who practice witchcraft.  Devotees of ancient gods and spirits, many of whom persecuted and killed, some most certainly labeled a witch incorrectly, but a witch none the less.  While feminism and the rise of women’s spirituality are important, it is likewise important not to completely abandon the men who also share that liminal place in society and religion.  As a gay male witch, it is very personal to me to show that there is still a place for the powerful and potent male in the traditions of witchcraft, subservient only to his gods.  After all, that is what equality is, not the diminishing of one to celebrate another, but the celebration of all.”

Q6:  In your opinion, do you notice a connection between gay males and a growing interest in witchcraft, occultism, and paganism.  If so, why do you think this is, and what do you see the future affects on our communities?

“Before starting this project I would have said that I definitely have noticed a connection between gay males and a growing interest in witchcraft, but after launching this project I have been contacted by many straight fitness models who have started to express interest.  In fact, many have gone on to study witchcraft, set up altars; some have even become apprentices to my husband and myself.  The reason more and more people are turning back toward the Darkness is because the gods have turned the wheeling pole.  These cycles are continuously turning, and the shadows have started to move more forcefully.  We are witnessing a new generation where the fringe has become sought after, and people want more than the tales of fire and brimstone preached from the pulpit.  These tales have entranced many not to fear the flames, but to dance in them.  They do not fear the Devil and his hordes, but they celebrate Him, and in doing so, they celebrate the self, and the power of desire.  As mainstream media continues to focus on the occult, I think we are going to start seeing a lot of unexpected audiences become interested in our world.  I can already name several Christians who also embrace and dabble in witchcraft, and I think these examples are far from isolated.  What is most important is to let these traditions do as they please.  We may have our critics cry out against the mainstream, but it is a force that none of us can control.”

These images and more can be found on Spiers’ website, www.allanspiers.com/thesabbath, where they are available for purchase.  You can also view other ongoing projects, such as Dicks and Dames, Guns and Gainz.  Some of the images display male nudity in a tasteful and artistic nature.  It was my pleasure doing this interview, and gaining insight into the creative process behind this project, which has become one of my personal favorites! 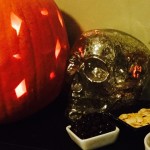 November 1, 2016
The Season of the Witch is Just Beginning
Next Post 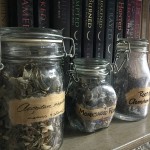 November 25, 2016 Spell Casting to Word Processing
Recent Comments
0 | Leave a Comment
Browse Our Archives
get the latest updates from
Poisoner's Apothecary
and the Patheos
Pagan
Channel
POPULAR AT PATHEOS Pagan
1

Watch Hilda not Sabrina if You...
Dandelionlady
Related posts from Poisoner's Apothecary