The Popularity of Magic in Renaissance Europe

The 15th and 16th centuries were full of people both commoners and nobility who had a fascination with magic.  The superstitious era of the Middle Ages, and the propaganda of the Inquisition eventually gave way to the Renaissance combining intellectual and spiritual pursuits with a reverence for classical antiquity.

The magic of the medieval period was filled with faeries, fantastic beasts, and the denizens of the natural world.  Natural magic was considered the highest form of natural philosophy.  A form of early science, natural magic dealt with natural forces directly.  To the Renaissance philosopher magic was a spiritual science, reliant on the occult properties of material things and the elements.  Natural magic was supported by the proto-sciences of astrology and chemistry.  However, the majority of common people were still illiterate.  While the nobility sought out the more sophisticated practices of learned or ceremonial magic there was an existing body of magical practice passed on orally among the working class.

The two primary types of magic during the Renaissance era were learned magic and popular magic. Learned magic is the ceremonial magic of the academic occultist.  High magic as it was known, called on spiritual powers infernal and celestial, using complicated rituals with a detailed structure.  These rituals were recorded in the infamous medieval grimoires that were written during the 14th-16th centuries.  Learned magic could also be categorized as demonic or natural.  Demonic or goetic magic is a type of ceremonial magic focused on summoning various spiritual entities.  Natural magic in this context is also considered ceremonial; using elemental and astrological correspondences to create charms and talismans.

Natural magic served as an acceptable intermediary between physical science, and what was considered to be more superstitious folk magic.  Natural magicians were usually men who also happened to be scientists.  These educated upper class men were intellectuals seeking to understand the hidden relationships around them.  They focused on sorcery that produced results because they were interested in physical/measurable results.  This led to the development of specific correspondences based on the four elements of nature and their astrological associations.  Ceremonial magicians used techniques of Middle Eastern astrology to create complex planetary squares and other talismans that were meant to draw down these celestial influences.  The magic of the academic occultist was diverse drawing on many foreign beliefs, not just European folklore.  A key component of the Renaissance period was a revitalization of interest in the classical works of philosophers from the ancient world.  Renaissance men were known for their myriad interests in a number of seemingly unrelated topics.

During the Renaissance period there were many other smaller movements happening as new ideas spread, bringing Europe out of the dark ages towards the Age of Enlightenment.  The Occult Movement was one such movement happening within the scientific communities and universities across Europe.  This was a common area of study for Renaissance scholars, along with medicine, botany, physics and the great classical works of men like Plato and Aristotle.  This was also during a time period when the Ottoman Empire was spreading its influence across North Africa and Mediterranean Europe.  This exchange of cultural ideas between people of the Near East with those living in Western Europe brought an entire body of magical lore that was based on Jewish and Arabic mysticism.  The Occult Movement was a Renaissance within the academic community as well.  Alchemy and astrology became important areas of study for academics seeking answers about the natural world.  These complex sciences carried out by the educated elite were unconcerned with day-to-day needs; their focus was looking for measurable properties that represent spiritual concepts and relationships as a way of furthering their own spiritual development.  This is one of the reasons that higher forms of magic were more acceptable.  They were being practiced by the upper classes who were educated individuals using the occult sciences to make discoveries that would also benefit science and medicine.  This is why the occult sciences were more accepted than actual witchcraft, since it was being practiced by educated individuals.

Folk magic was practiced by the working class.  It was a simple type of sympathetic magic that was used to make the lives of the working class a little easier.  It was specifically practiced by women, since many folk charms and cures related to the domestic sphere.  Men had their own traditions of folk magic to help with hunting and other masculine pursuits.  Folk magic with its domestic nature relied on common household items that held a dual purpose as magical tools as well.  These illiterate practitioners, like much of the working class at the time, relied on oral traditions to transmit and receive new information.  Oral traditions would vary from place, also drawing on the local folklore of the area.  Cunning folk were an accepted part of society because of the role they had to play, and they were at nominally Christian.  These wise men and women were specialist, acting as physicians and midwives, who were often the only source of medical care available in the outlying countryside.

Magic in general played an influential role in Renaissance thought.  Many of these ideas were widely acceptable as scholars turned to the classical world for inspiration and knowledge.  They also maintained their Christian religion, often combining scripture with folk magic.  Practicing through this Christian lens made what they were doing more palatable for the clergy.  Although, new ideas based on ancient philosophy, such as Neo-Platonism introduced progressive ways of thinking to the Renaissance philosopher.  This new way of looking at the world empowered individuals, allowing them to find their own personal connection to Divinity.  The Church saw this idea as a threat because the clergy acted as the intermediary between God and the laity.  The Church continued monitoring the publication of new ideas and philosophies, especially those with God in the context, which were more strictly monitored.  Direct contact with God was a threat to the authority of the Church because it threatened the necessity of the clergy to absolve people of their sins to get them into Heaven  In response to this threat, the Church banned all practices of folk magic which it labeled “dark magic.”

The Church began to see all magical and scientific practices as a threat to their authority.  New discoveries were being made that contradicted the approved Church doctrine.  This began the period of the Witchcraze.  The new logic perpetuated by the Church was that if it didn’t come from God it came from the devil so all forms of magic were demonized.  The idea was that folk magic being material in nature was under the domain of the Christian devil.  Even ceremonial magic was demonized because it was believed that the natural world was under God’s control, and any tampering with that was contradictory to the Divine Plan.  This made it easy for the Church to use propaganda to change people’s perception of magical practice.  Ironically the Catholic Church was much more concerned about witchcraft than the newly formed Protestant Church, however the Catholic rituals use many symbols, ritual tools, and prayers.  Many of these highly ritualized practices resembled that of the ceremonial magician, which the Church used in their favor to show that witches and magicians were corrupting these Holy Rites. 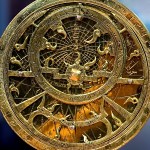 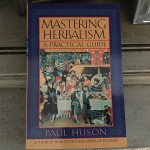 February 6, 2017 Mastering Herbalism: A Practical Guide (to Traditional Herbal Practice)
Recent Comments
0 | Leave a Comment
"This is excellent, thanks for giving a thorough examination of the historical philosophy, I often ..."
Tyler Brown The Fairy Lore and the Plant ..."
"Love spells or any type of black amgic ruins people's lives. It is wrong to ..."
Talal Zoabi The Fairy Lore and the Plant ..."
"I agree, poisonous plant and and playing around with any type of witchcraft. https://www.breakblackmagic..."
Talal Zoabi Solanaceae in the Garden of Shadow
"I wouldn't think playing with a poisonous plant is a good thing, though the history ..."
David Brevik Solanaceae in the Garden of Shadow
Browse Our Archives
Follow Us!