Bones, Blood and Poison: The Path of Traditional Witchcraft

I wrote this in response to an article that was written about a year ago.  It has recently popped up on my newsfeed.  It was written to be satirical, and is titled “How to be a Traditional Witch on the Internet in 26 Steps”  See Full Article written by Rodriguez Mystic.  It wasn’t written to be offensive, but I have seen things like this before that perpetuate this stereotype in a humorous manner and it gives serious practitioners a bad name.  I think this stereotype reflects many people’s perception of traditional witchcraft; that it is dark and scary and full of theatrics.  I think that this stereotype deters some people from exploring traditional witchcraft inadvertently avoiding the true witch archetype preserved within its mythos.  Perhaps the word traditional should be replaced or omitted entirely.  Traditional witchcraft is simply witchcraft, but calling it traditional is a little presumptive unless were talking about a specific initiatory tradition.

Today calling oneself a traditional witch raises some eyebrows in the occult community.  In the past it was hereditary witchcraft that attracted the suspicion of mainstream occultism, and it seems that traditional witchcraft has taken its place.  Traditional witchcraft is not all about collecting skulls, performing rituals using blood, and recklessly ingesting poisons like some people present it to be.  While skulls, blood and poison all have their use to the traditional witch, they are only facets of a diverse framework.  There are those people out there who call themselves “traditional witches” and exploit these images and others to further their aesthetic.

I am a “white, American, gay, male.”  I am young, but by no means young to the study of witchcraft.  It wasn’t until an in depth study of diverse magical traditions that I realized the classic archetype of the witch has remained a constant theme in my path.  The gods and spirits of magic and sorcery have been my constant patrons, guiding me to the Crooked Path of the traditional witch.

What the f#*k is a “Traditional Witch”?

I don’t go around calling myself a traditional witch.  I barely identify with the word “witch” when speaking about myself.  Witch is what the enemy called us, and while we’ve taken it back, I still identify more as simply a “magical practitioner” or “occultist.”  I also think that the term “traditional witchcraft” has an air of superiority and elitism.  I think that the term classical witchcraft is a better description of the practice and its area of focus.  Many of my own studies fall within the category of classical education such as: alchemy, astrology, occultism, and botany.  Traditional witchcraft draws lore from many sources including the medieval grimoire tradition, European folk magic, and ethnobotanical lore.

The word traditional originally referred to the initiatory traditions of British Traditional Witchcraft.  It is now used in the sense of that which is not of a modern neo-pagan origin.  There are specific traditions, such as the Cultus Sabbati and the Clan of Tubal Cain that fall under the umbrella of traditional witchcraft.  The majority of traditional witches, myself included are solitary and eclectic practitioners many of us work within a specific cultural framework based on our own cultural backgrounds.  I am personally interested in the folk magic of Germany and the United Kingdom, as well as American folk magic.  The Salem Witch Trials and the European Inquisition had their own influence on our modern understanding of the witch.  For example, the medieval Witches’ Sabbath serves as a repository for classical witchcraft lore.  Traditional witches are able to draw from the images used by the Church as propaganda and turn them into symbols of power.  The Witches’ Sabbath is a powerful set of symbols of power.  The Witches’ Sabbath is a powerful set of symbols that can be utilized by the magical practitioner.

Natural magic is another central aspect to the craft of the witch; gathering power and knowledge through a relationship with the spirits of the land.  The green realm and its plant spirits share a special affinity with the witch, no doubt a remnant of our ancient Pagan past.  The purpose of the Path is knowledge, understanding and power achieved through individual discovery.  Building familiar spiritual relationships aids us on this path, thus the importance of ancestors, spirit work and contact with the natural world.  Our altars hold the bones of our beloved familiar spirits.  The horned beasts that often occupy a prominent place symbolize our connection to the natural world where our true altars are at the bases of trees or at the moonlit crossroads.

The plants associated with witchcraft and sorcery have played their role well since antiquity.  The European witchcraft herbs Belladonna, Henbane, Mandrake, and Wolfsbane are quintessential to classical witchcraft; from the pocula amatoria, spongia somnifera, and infamous unguentum sabbati.  The study of the historical uses of these plants and their chemical composition is part of classical witchcraft lore.  Understanding their unique spirits through direct cultivation is part of the journey of the traditional witch.  We honor these powerful spirits as the patrons of our tradition and do not treat them with reckless abandon.  The Poison Path is often associated with traditional witchcraft because it also draws from the symbols of the Witches’ Sabbath and the classical witch archetype.

Many modern traditional witches also identify with the arch-angel Lucifer as light-bringer.  He who was proud enough to seek his own answers, and delivered knowledge of the arts to mankind.  Our path is about individual spiritual advancement, and we see that path illuminated by the occult flame of our Promethean Witch Father.  For centuries, we have been demonized for our magic-called witches and devil worshippers for our beliefs.  We’ve taken the Devil that they’ve made for us and turned him into the multi-faceted progenitor of our tradition.  Traditional witches do not deny the influence that Christianity has had over the last two thousand years.  The occult myths of our own magical traditions have been preserved between the lines of their Bible, which can provide much insight into our early beliefs.  Many of us came from a Christian childhood, raised in the Church and taught their beliefs first hand.  The witch as an adversary to patriarchal religious institutions is a liberator for the oppressed, providing a spiritual and psychological framework within which to deconstruct the ideas perpetuated by the Church and Western society.

Traditional Witches are the bookworms of the magical community

Many of us discovered our passion for magic and the unseen realm at an early age through a passion for reading.  We can all remember the first few books we read when we started out on the path, whether we still carry those words with us or not.  The occult sciences can be studied with devotion for lifetimes, many of us continue our studies while simultaneously practicing.  I have written about armchair occultism previously, and find it to be an integral part of my personal path.  Traditional witches like their classical counterparts are the armchair occultists of the magical world.  While much of the actual practice is based on first hand experience; studying diverse magical lore adds layers of nuance to one’s practice.  While spiritual gnosis comes directly from the Unseen; it is important that we hear the words of the witches that tread the path before us.

The books associated with traditional witchcraft make up their own unique genre, many about specific cultural folk practices and their pre-Christian origins in Western Europe and others are about the practice of witchcraft in general.  There are a handful of prominent authors that write within this niche category, respected by those in the witchcraft community as authorities on traditional witchcraft practices.  Authors like Gemma Gary, the Nigels (Jackson and Pennick) and Nicolaj de Mattos Frisvold are a few within this category combining research on local folk magic, historical data and current practices.  What attracted me to traditional witchcraft in the first place was its rustic nature, as well as an emphasis on historical data.  While some of the books that fall within this category can be cost prohibitive, the information is out there if you know where to look and its worth its weight in gold.  Other books are readily available in paperback, and many older titles fall under the public domain and can be downloaded.  These books are not necessary to practice traditional witchcraft, although a major portion of classical academic studies were devoted to astrology, alchemy, and magic along with more mundane subjects.  Modern and classical occultists devoted much of their time to academic research, and that the same for me.  The bookish occultist practicing sorcery is an archetype I can identify with as a white- male -America- witch.

****Disclaimer**** I absolutely love reading and writing and sharing what I read with others.  There are a lot of great books out there if you know what you’re looking for.  I own and have read all of the books that I have reviewed or suggested, naturally. 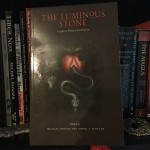 March 10, 2017
Reading "The Luminous Stone" a Collection of Luciferian Essays
Next Post 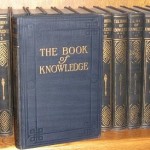