“The Gods of the Old Religion Become Demons of the New.”

History becomes the lens through which we view the world.  It gives us context for our present situation.  It helps to answer and understand how we have come to be where we are.  I believe that it is my love for history, and desire to investigate the classical roots of witchcraft, that has led me to the path of the traditional witch.  By following history back to the beginning of Western Civilization we find some of the first anti-witchcraft laws emerge in the Roman Empire.  It is important to note that at this early time there were certain magical practices that were socially acceptable, and those that weren’t were made illegal.  Roman culture and politics was the basis for Western Civilization, and shaped many of our basic ideas.  While Christianity spread quickly throughout the Roman Empire, much of central and northern Europe remained polytheistic strongholds.  This is when Romans coined the term paganus or pagan.  The old religion and the new coexisted for sometime outside of the Empire’s reach within the feared Germanic and Celtic tribes, albeit with some apprehension.

As a scholar of traditional or classical witchcraft, the historic influence of the early Church and remaining pagan traditions are of utmost importance in understanding the roots of modern traditional witchcraft.  The effects of Latin Christendom on Western civilization is undeniable; influencing everything from politics and fashion to dietary habits and international relations.  The Christian worldview seemed to dominate the land eventually becoming the majority.  However, there were always those, who from the very beginning questioned the authority of this new religion and sought answers for themselves, often turning to Nature for their answers.  There have always been those who can see the divine in the natural world.  Scientists of the enlightenment, medieval naturalists, and Renaissance magicians alike stood in opposition to the infallibility of the Bible and the Church.  This put them in a dangerous position in regards to the state as well, risking their own lives they were labeled as heretics.

The scientific world began making its own discoveries about the nature of the Universe, which contradicted the doctrine of the Church.  Heresy and Inquisition was a way for the Church and state to establish a unified Christian tradition, which would strengthen both of these institutions.  Originally the focus was on fellow Christians who were considered a threat to the Church because of their heretical ideas.  Those in question would be required to renounce these beliefs and quit sharing them with others.  Those who knowingly continued were tried for the crime of heresy, which was viewed as treason.   The Inquisition eventually turned to focus its ire against scientists, philosophers, and those accused of witchcraft; basically anyone circulating ideas that were incongruent with the Church’s view.

It was during this tumultuous period that our current view of Witches and the Devil took form.  The influence came just as much from the Inquisitors as it did from the accused; reflecting the popular religion, folklore and superstition which all contributed to ideas about witches and their practices.  Traditional witches embrace the image of the classical witch archetype of the medieval period.  Even some of the more stereotypical imagery influenced by the Inquisition contains valuable insights into the folk lore of the period.  It is recognized that there is much insight to be found in this ancient archetype of the witch figure.  The symbolism and folklore of the medieval Witches’ Sabbath is a repository of occult knowledge.  The diabolic pact and the gift of the familiar spirit, mark the witch as other and begin them on the path.  There are many layers of symbols hidden within accounts of the Witches’ Sabbath, which is why it is a central theme in traditional and Sabbatic witchcraft.

“There is no Devil in the Craft.” – Sally Owens

This commonly quoted line from the movie Practical Magic is often used by modern practitioners in order to distance themselves from any negative associations perpetuated by the early Church.  This presented the already existing idea that witches are not Devil worshippers, but members of an older nature based religion.  While this may be the case, it cuts modern practitioners off from a valuable stream of gnosis that provides a means of deconstructing the Christian framework that many of us were brought up with.  Traditional witchcraft utilizes many of the symbols of the witch that may have previously been regarded as superstitious or stereotypical, but when one begins to peel back the layers of these symbols one finds deeper meaning within them.

Another theme unique to traditional witchcraft is the lore of the Witch Mark.  This mysterious concept may have come from coerced testimony.  However, a closer look reveals a deeper mythology with connections back to antiquity coming to be known as the Mark of Cain.  The idea of an initiatory experience transforming one into something different, something other, is not new to human consciousness.  In witch mythology the mark is transmitted from Cain, the first sorcerer, who was marked as other by God.  It is seen as a spiritual fire that connects those of the Witchblood across time and space.  The Mark is something that crosses the boundaries of all traditions, uniting those who seek a deeper truth.  Individual spiritual growth is paramount to the witch, forging their own spiritual relationships while discovering for themselves the secrets of the Universe.

This individuality and quest for knowledge is represented by our Promethean mythology, and the figure of Lucifer as the light bringer.  He represents the antithesis of static institutionalized religion, bringing the tools of enlightenment to humanity.  We see similar themes throughout history in the Renaissance, the Enlightenment and the Romantic period; where certain individuals seek truth outside the walls of religion, often turning to the natural world for answers.

The concept of the Horned God or Witch Father is a piece of modern folklore.  A synthesis of Luciferian and Pagan themes represented by the image of the Devil.  A combination of the rebellious adversary, the seeker of illumination, and the primal spirits of the natural world create this powerful image.  Are the pagan deities of antiquity part of a collective of spirits who align with our pursuits and answer to the call of the Devil.  Perhaps the being we call the Horned One is actually many helper spirits, the Witchfather being the collective of the various scribe/messenger/trickster deities historically associated with magic. 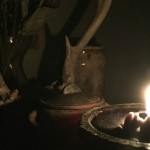 March 15, 2017
Bones, Blood and Poison: The Path of Traditional Witchcraft
Next Post 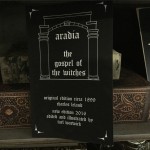 March 27, 2017 Herodias and the Queen of Witches
Recent Comments
0 | Leave a Comment
"Hi there Coby, this is a fantastic article. I’m loving the deep-dive into Saturn’s lore ..."
Brigitte Longmore Saturnus: The Old One
"Black Nightshade (Solanum nigrum) in North America is a delicious and safe berry to eat. ..."
df Spellcrafting with Baneful Herbs
"Another herb I have seeds lying around. I don't trust my cats nor my toddler ..."
Kaar Dawn Thornapple, Gender and Ritual Application
"And ofc it is know that women in general stick broom handles in their vaginas ..."
Kaar Dawn Unguentum Venenum: A flying ointment
Browse Our Archives
Follow Us!

How to Do Paganism Wrong –...
John Beckett
Related posts from Poisoner's Apothecary 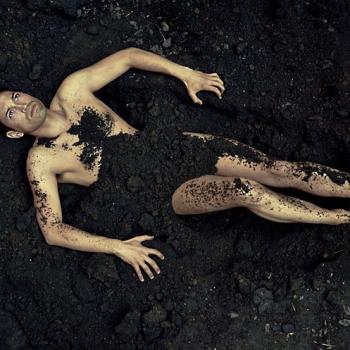 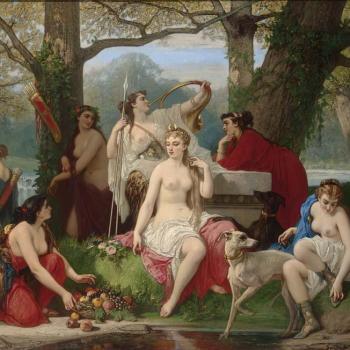 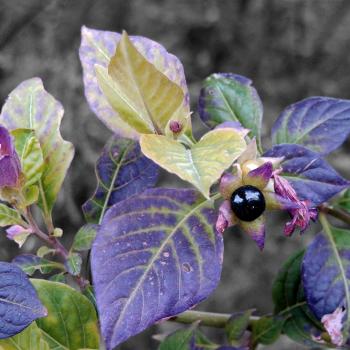 Pagan
The Fly in the Witch's Ointment: Redefining the...
Poisoner's Apothecary 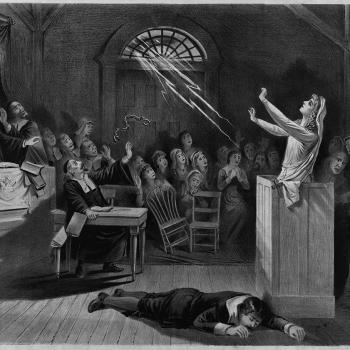