The Devil is in the Details: Lucifer, the Devil, and Satan

A Pagan’s Perception of the Concept of the Devil

My opinion is one of many infinite opinions that influence our perception of this entity/entities.  The cultural and historic associations that have accumulated over the past 2000 years influence contemporary society’s concept of what and who the Devil actually is.  An amalgam of diverse archetypes that have syncretized over the centuries, while the Christian concept of the Devil/Satan as an adversary to mankind is all encompassing; it is my feeling that this archetypal figure is actually a collective of many similar spiritual beings that wear this mantle of power.

“There is no Devil in the Craft” – Sally Owens, Practical Magic

We have heard this time and time again.  Modern witchcraft and Wicca including many of the historical Pagan belief systems do not centralize their spiritual practices around an entity called the Devil.  However, more and more witches under the umbrella of traditional witchcraft, sabbatic witchcraft and other magical traditions with roots in the middle ages are embracing this horned figure as a powerful patron.  To say definitively that there is “No Devil in the Craft,” is to deny a nascent part of the History of Magic and Witchcraft.  Whether this figure is embraced or not, the influence that it has had on all world religions and spiritual traditions is undeniable.

Why I Wanted to Write this Article…

The concept of the Devil as fallen angel, teacher of the arcane arts, and promethean champion of life on Earth has always been fascinating to me.  Perhaps since it was such a taboo topic in my childhood, a household name to be feared, but not completely understood I felt the need to explore it in my academic studies.  We can learn just as much about a religion from its demons and adversaries as we can from its saints and martyrs; the former often giving us deeper insight.

It has come to my realization that there are some misconceptions surrounding my study and interest in the collective figure that I refer to as the Devil.  Satan, Lucifer, Lumiel, Baphomet, the Horned One, and the many masks and names he goes by can all be brought to mind by this single nomenclature.  Each individual name has its own cultural and historic symbols and mythology, however when I use the term the Devil it is to evoke this collective concept of embracing all of these diverse facets.

I consider myself a contemporary Pagan/polytheist/animist/magical practitioner/academic.  I offer worship to the ancestors of both blood and tradition, as well as the eldritch spirits of the natural world honored as the gods of old.  I will observe Sabbaths and astrological events focusing on the natural cycles of the Universe.  There are many horned entities and nature spirits of a sylvan nature from pre-Christian times.  The symbolism of being crowned in horns can be traced back to antiquity.  However, I do not worship or act as one under the patronage of such an entity as the Devil.

Sometimes it can be tricky balancing academic interests with spiritual beliefs, and many things I figure out along the way as they are presented to me.  From an academic perspective the history and mythology of this being, and the many cultural interpretation has always intrigued me.  There was a time when I did have fear of this entity.  The Satanic Panic of the 90s corresponded to my childhood, and the beliefs I picked up from the people around me were my initial source of understanding this figure, albeit from a Christian perspective.  An in-depth study of this and various other theological topics regarding early Christian history and the Roman Catholic Church have helped me build a less biased understanding of this figure.  A lot of the fear and guilt that comes with being told “we are all sinners and we don’t deserve to go to Heaven” was assuaged by gathering as much information as possible on the topic from as many different sources.  Enter Elaine Pagels, an award winning historian whose books shed much needed light on the concepts of Satan. Pagels is able to really build up the foundation for understanding where the idea of Satan comes from, how it has changed over the years, and also how Western Christianity has influenced our collective perceptions and whether Christian or not many of us carry the bias of growing up in a Christianized area.

The Benefits of Study: For your consideration

Through an academic investigation of this topic.  I have gained a unique perspective from both sides of this influential topic.  The Pagan/polytheistic understanding of the evolution and transformation of these originally diverse entities fits neatly into our polytheistic metaphysics.  The egregore formed by the collective experiences and interpretations of countless people is capable of acting as one but also capable of infinite transformations.  The mythos of the Nephilim, Grigori, the Watchers provide pagans and witches with a more contiguous tapestry of lore stretching as far back as the murky origins of Judaic mysticism and the spiritual practices of the ancients.

Many of the gods and goddesses and spirits of magic and witchcraft, which have made themselves our allies share much in common with the Promethean archetype.  Messenger and teacher to humanity, the fallen archangel Lumiel or Lucifer was the first to make the descent to the physical plane.  The Pagan Gods of old, the nameless spirits of the forest and grove, revere the symbol of horns and those who wear their crown.  In the ancient world horns depicted a person of great wisdom. 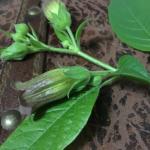 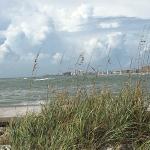 December 8, 2017 Finding My Tribe and Re-Claiming Sovreignty
Recent Comments
0 | Leave a Comment
"Wonderful content on the season, and we share a lot of inspirations on the light. ..."
Wolf Illumination, Inspiration and Imbolc
"So much of your story resonates with me. Thank you for sharing it"
Candy Wilcox McKinney The Ravages of Conservative Christianity on ..."
"Hi there Coby, this is a fantastic article. I’m loving the deep-dive into Saturn’s lore ..."
Brigitte Longmore Saturnus: The Old One
"Black Nightshade (Solanum nigrum) in North America is a delicious and safe berry to eat. ..."
df Spellcrafting with Baneful Herbs
Browse Our Archives
Follow Us!