The Helleborus family has many varieties and hybrid species, and like the other infamous herbs of the Poison Path it has an extensive history in medicine and magic.  Mention of this plant goes all the way back to ancient Greece, and was said to have been a common prescription of Hippocrates for insanity and mania.  In the Greek language its name refers directly to its poisonous nature. (helein-“to kill” and bora “food”)  It is also mentioned by Pliny the Elder, Cornelius Agrippa and found in Faustian rituals of exorcism and the coercion of spirits.

It is a member of the Ranunculaceae family, the Buttercups, which are all generally poisonous to one degree or another.  The toxins within the plant are Helleborin, which gives the plant its burning-acrid taste.  The horrible taste makes it difficult for one to unintentionally consume enough of the plant to be lethal, usually resulting in it being spit out before its intense purgative effects set in.  Helleborcin, is another toxin within the plant that has a sweet sort of taste, acting similar the highly active cardiac poisons found in Digitalis (Foxglove).

Poisoning by this plant causes tinnitus, vertigo, stupor, and thirst.  It also includes a feeling of suffocation, swelling of the tongue and throat, followed by violent emesis (vomiting) and a slowing of the heart rate until it causes death by cardiac arrest.  It will also burn the eyes and irritate the skin when in direct content with the juice of the plant, including contact with bruised leaves.  Chemically it is related to the venom found in certain toad skin. 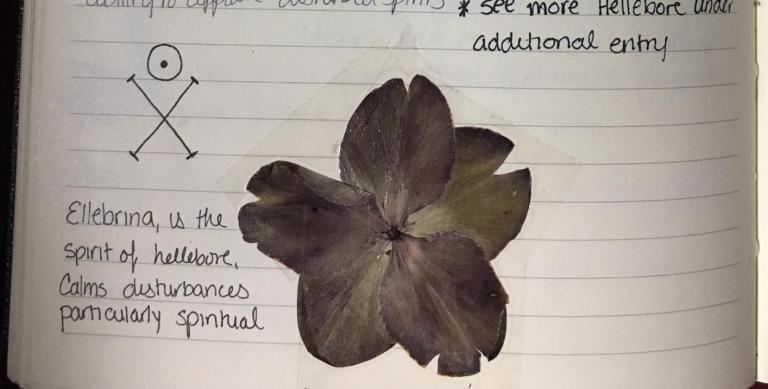 As with many of the most well-known plants of the Witch’s Garden, Hellebore has a dark and otherworldly beauty.  The varied colors of its unique flowers are deep violets, dark reddish pink, and pale green to white.  The long lasting flowers have a more leaflike appearance than that of a delicate flower petal.  The seeds are difficult to germinate, but once established the plant cares for itself.  For this reason it was traditionally planted above graves in Europe.  The petals catch the moonlight giving them a ghostly glow.  The plant oftentimes does not bloom until its third year, but it is one of the earliest blooming flowers.  Blooming between December and February Hellebore was named Christmas or Lenten Rose.

In Christian plant lore, this dark herb was ironically seen as a symbol of innocence.  It was considered holy and able to ward off evil spirits.  According to their mythology the Christmas Rose grew from the tears of an empty handed girl in the presence of the Christ child, for which she had no gift.

In medieval esoteric and occult lore, we find the more magically appropriate astrological associations applied to this plant.  These connections more closely represent its uses and myths from the ancient world.

During antiquity in ancient Greece, Hellebore was called Melampodium, after the physician and soothsayer Melampus who used it to cure king Argos’ daughter of madness induced by maenads.  These women were the much feared worshippers of Dionysus who were known for their ecstatic frenzies they would achieve during worship.  Whether she was actually mad, or just an independent woman worshipping with others like her is unknown.

As one of the classical witchcraft herbs of medieval lore, Helleborus has associations with necromancy, the Dark Goddess, raising and banishing spirits, and appeasing spiritual forces when they have been disturbed.  It can be found mentioned in medieval grimoires attributed to Hermes Trimegistus and Cornelius Agrippa, who places it under Martial and Saturnian rulership.  It also has a connection to elemental water, and its subterranean qualities, when it acts as a portal to the otherworld, sub-conscious, and lower realms.

In medieval medicine it was used to cure demonic possession, madness and epilepsy.  At that time these ailments would have been looked at as one in the same.  The powdered roots and leaves would be smoldered to calm one already in a frenzy.  It had a reputation for its connection to madness and mental deterioration, creating a catatonic like state in those suffering the madness of maenads, however in healthy individuals it would induce similar symptoms, which speak to its homeopathic uses.  The idea is that in small amounts homeopathic remedies would cure the symptoms that in large amounts it would cause.  It has been used in curses of insanity, and held as the antidote for its cure.

On its diverse applications in magic, ritual and sorcery

One of its more interesting mentions in magic; is that the plant would be used by magicians to alter or change the nature of a particular plant either through grafting living Hellebore to the plant itself or powdering it and using it as a fertilizer.  Through this magical transference it was said to give the plant and its fruits unpleasant and unhealthy qualities.  This would make it a useful herb in charms of blighting, in order to curse a particular piece of land, which was often a popular accusation during the Witch craze in Europe.

An interesting piece of French lore, mentioned by Mrs. M. Grieve, is about a sorcerer who utilized its powers of invisibility to move about unseen through enemy lines by throwing the powdered plant in the air about himself.  The plant has also been used in rites of exorcism, banishment, and protection.  It can be applied in curse work, and spells of revenge.  In addition to its powers of altering perception, it has been connected with rebirth and gaining intelligence through spiritual means.  If there was one poisonous plant that most closely reflected the nature of the medieval magician and his machinations, it would be Helleborus. Similar in the was that Deadly Nightshade has connections with the witches of medieval folklore, hellebore seems to be the perfect male counterpart to this concept.

In Agrippa’s Three Books of Occult Philosophy he associates Black Hellebore under the rulership of Mars and Saturn, suggesting its use in the fumigation of talismans of the same correspondence.  In medieval astrology, the infamous Hermes Trimegistus connects the plant to the Demon Star Algol.  Well known for its malefic attributions, this star is found in the constellation of Perseus representing the head of the slain Medusa.  According to medieval hermetic manuscripts, the juice of Black Hellebore and Wormood, placed under a diamond; under the influence of this fixed star would bring about hatred and courage, protection and preservation of the body, bringing vengeance to all one’s enemies. The Book of Hermes on the 15 Fixed Stars.  As an amulet of protection, the black roots of H. nigra can be prepared and carried like a mandragora.

This beautiful plant is still popular in rustic gardens, and medieval apothecaries.  It brings otherworldy beauty to the otherwise frozen skeleton of the winter garden.  There is something hypnotic about this plant, and further research will show that many individuals are passionate about this rustic plant.

Meet the King of Hellebores, and the amazing Sun Farm in West Virginia.

The Book of Hermes on the 15 Fixed Stars 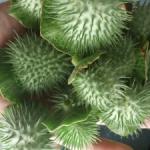 June 4, 2018
Devil's Apple: A Collection of Datura Folklore
Next Post 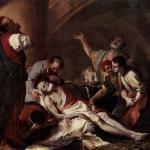 June 18, 2018 Mark of Cain: A Collection of Poison Hemlock Lore
Recent Comments
0 | Leave a Comment
"So vampires and Witches CAN coexist together!! My ex-best friend is a flaming liar for ..."
Amanda Ingalls Interview with a Vampyre Witch: Alexis ..."
"This particular papers fabulous, and My spouse and ienjoy each of the perform that you ..."
Lucas Rice Philosophia Toxicum: A Discourse on the ..."
""
Skorzeur Interview with a Vampyre Witch: Alexis ..."
"And let's not forget the common milkweed. The seed pods are brown and split open, ..."
Amanda Ingalls Samhain in the Devil’s Garden
Browse Our Archives
Related posts from Poisoner's Apothecary