There are an increasing number of authors that have published books on traditional witchcraft and old world paganism.  Some of them write about topics of magic and folklore tied to specific areas such as: the British Isles, the Balkans and the Pyrennes.  Other authors focus on the Old Craft as a whole and the practices, beliefs, and lore associated with this current of working.  Old gods, ancestral spirits, and the eldritch powers of the land are the forces underlying this practice.  A handful of these authors seem to be tapped into the same well of inspiration, drawing their own unique inferences based on fragments of history and myth.  These authors are visionaries in the realm of modern traditional witchcraft.  Exhuming age-old practices that have been wrapped in layers of folklore and superstition; they are resurrected to knew life within the modern witches’ movement.

One of these authors is Robin Artisson, a folklorist, herbalist, and spiritual ecologist.  He is a figure shrouded in mystery and controversy.  A name whose infamy evokes a number of intense responses from adoration to frustration.  He seems to be filling the role of trickster and adversary in the magical community.  A shapeshifter, prodding people to react, to either question or defend their convictions.  His silver-tongue and quick wit carries through in his writing.  An author of numerous books, both independently published and otherwise.  He is known for such titles as: The Horn of Evenwood, Letters from the Devil’s Forest, and his most recent work An Carow Gwyn: Sorcery and the Ancient Fayerie Faith.  His most popular book, out of the sixteen titles on Good Reads,  is The Witching Way of Hollow Hill.  This book, originally self-published, is now in its 3rd edition from Pendraig Publishing. 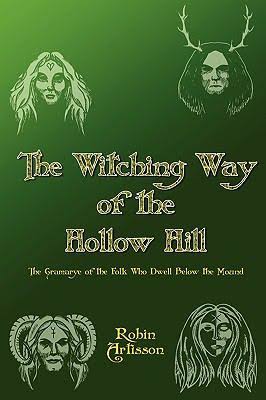 The Witching Way of Hollow Hill, challenges the views of modern neo-paganism and the beliefs that are the result of living in a predominantly Christian society.  Many of the deepest beliefs and viewpoints of the modern psyche are rooted in a post-Christian way of thinking.  Things such as the eternal nature of the soul and the ego that were not part of the ancient Pagan worldview.  Artisson explains and outlines the Old World epistemology; the nature of the human spirit and soul, and the all-encompassing role of Fate.  Not only an impersonal concept of cause and effect, but a conscious and infinitely complex web of forces that was pervasive in pre-Christian Europe.  He deconstructs the modern metaphysical way of thinking, pointing out its contradictions, explaining their role as psychological road blocks on the path to reclaiming and these Old World tenets.

Artisson sets out to assist the reader in understanding and reclaiming the Traditional Pagan worldview.  Reaching back into the shadows of history re-examining the intuitive and animistic beliefs of ancient people across Europe that are connected through their shared ideas.  He traces the lineage of the gods and goddesses of ancestral tradition, witchcraft and nature to their oldest pre-Indo-European roots, weaving a tapestry of divine genealogy through linguistics.

The analysis of the myriad deities and their common motifs and symbols give us an intimate understanding of the Witchfather and Witchmother, through their many manifestations.  The sheer volume of information and Artisson’s erudite language make this a book to be read through more than once.  There are many valuable lessons and bits of information that can be missed the first time.  The author draws from his own personal mysticism and travels to the native lands that birthed these traditions.  As well as the teachings of others.  The book contains an extensive list of resources of interest to the traditional practitioner. 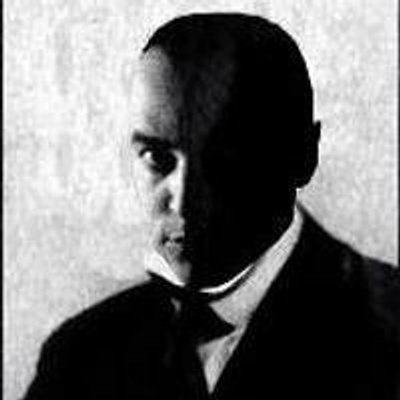 The Gramarye of the Folk Who Dwell Below the Mound

The second portion of the book is a working grimoire containing the core practices of the traditional craft.  The forging of a relationship with the unseen powers of the Land is of utmost importance in old style witchcraft.  Rituals of introduction and offering to the land spirits, consisting of the dead, individual nature spirits and the overarching genius of the land are included.  Spirit flight, trancework, and journeying to the Underworld; facilitated by treading the mill, opening portals, and holding vigils are also covered here.  Artisson provides all the tools necessary for making the oaths and pacts that initiate a relationship with the Old One and the Witch Queen.  He includes an in-depth analysis of each individual component of the rituals and their incantations.  The mindset and understanding of the inner workings of the rituals we perform is emphasized.

This book provides a starting point for the Greater Mysteries that can only arise from an intimate relationship with the spirit world.  The groundwork laid at the beginning of the book provides the practitioners with the mindset required to work with these forces and understand the hidden threads of fate that weave our reality. 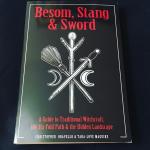 November 27, 2018
A North American Perspective on Traditional Witchcraft
Next Post 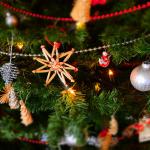 December 12, 2018 Sacred Plants of Yuletide
Recent Comments
0 | Leave a Comment
"Your article is wonderful and not once in my life have I ever had a ..."
JenniWest Baneful Herbs & Venefic Witchcraft
"This is a topic I've very interested in. I work with herbs a lot, but ..."
Julie Allen Baneful Herbs & Venefic Witchcraft
"Sometimes you have to resort to the strongest darkest magic. What of the person that ..."
I. H. Hagar A Malediction to Lilith: A Curse ..."
"Great summary, Coby. Your words are laden with joy and enthusiasm; thank you for sharing ..."
Carla Jean Witch City Tarot & Divination Gathering
Browse Our Archives
get the latest updates from
Poisoner's Apothecary
and the Patheos
Pagan
Channel
POPULAR AT PATHEOS Pagan
1