Seventy Eight Degrees of Wisdom: A Tarot Journey to Self-Awareness

Originally published by Aquarian Press in 1980, Seventy-Eight Degrees of Wisdom: A Book of Tarot-Part One: The Major Arcana.  Part Two: The Minor Arcana & Readings was subsequently published in 1983 also by Aquarian Press.  Marking its near fortieth anniversary, Seventy-Eight Degrees of Wisdom: A Tarot Journey of Self-Awareness continues to touch readers and seekers as it did in the 1980s, playing a pivotal role in the Tarot renaissance.

Learning to read the Tarot cab quickly become a daunting task for the novice reader.  There are so many books on the topic, and hundreds of decks to choose from.  There are oracle cards, traditional decks with historical roots and modern decks that are true works of art.  Just picking one deck to start with can plague the seeker with indecision.  Many people become collectors of decks.  Before becoming acquainted with one the go on to search for another.

Once a deck is chosen, or perhaps chooses you; the next task is becoming familiar with the images on the cards and the overall theme.  Most decks tell a story, or have a specific theme and this is where much of their symbolic meaning is derived.  Alchemical symbols, numerology, and the Hebrew alphabet are just a few of the methods that are employed for interpretation.  Each deck has its own formula or starting point that gives the reader tools for unraveling the story that the cards tell.  When it comes to books on tarot reading the choices are just as many.

While Tarot is a lifelong study, like any esoteric practice and the more you read the more material you have to draw from. Every now and then a book comes along that will have such a great impact on your understanding that it will earn a permanent place in your library.  Seventy-Eight Degrees of Wisdom is one of these books.  It has impacted thousands of tarot readers, and played a pivotal role in the modern Tarot movement.  It has often been called the “tarot bible” and one of the single most influential books on the topic.

Seventy-Eight Degrees of Wisdom: A Tarot Journey to Self-Awareness continues to influence modern readers.  Rachel Pollack uses her decades of experience and wisdom to paint a panoramic picture of the cards.  She weaves together the cards of the Major Arcana connecting them in one large tapestry.  Pollack Explains the relationship each card has with those around them.  Each row having its own challenges and accomplishments.  The imagery on the cards is explained in a way that is relatable and not overly esoteric.  Her focus is on the illustrations in the Rider-Waite deck done by Pamela Coleman Smith.  Pollack gives insight into the reasoning behind choosing these particular images sometimes comparing them to other decks such as Builders of the Adytum.

While Arthur Edward Waite based his images of the major arcana on images from older decks, such as the Visconti-Sforza from medieval Italy, he gave Smith creative license to illustrate the meanings of the minor arcana.  Using the formulas given to her by Waite, which can be found in the “little white book” that comes with the deck, Smith tapped into something deeper creating a series of cohesive images for the four suits.  Her images provide details that speak to the intuition of the reader.

Pollack describes the forces contained in the four suits and how they are transformed in their descent from King to Ace.  She often gives the classical description used by Waite, while offering a means of interpreting additional meaning, showing how the cards transform depending on what surrounds them.  She explains the tarot as both a tool for self-transformation and a divinatory tool.  Taking a common sense approach, her system is easy to understand for those new to the Tarot.  However, her insight and experience presents the information in a way that it gives the experienced reader much to consider.  For example, in the last section on readings, Pollack gives a number of spreads analyzing them in depth.  Understanding the positions of the cards in each spread and how they relate to one another is just as important as understanding the cards themselves.

Seventy-Eight Degrees of Wisdom has come highly recommended for nearly forty years, and will continue to teach and inspire readers of all proficiencies.  Rachel Pollack has written close to forty books since the release of her first and most pivotal work.  She has gone on to create decks of her own such as The Book of Raziel and The Burning Serpent Oracle.  You can learn more about the author at her website http://www.rachelpollack.com and follow her blog at http://rachelpollack.wordpress.com.

Seventy Eight Degrees of Wisdom will be released by Weiser Books on March 1st 2019, and is available on Amazon and Red Wheel/Weiser Books.

Visit the Poisoner’s Apothecary Online Shop for ritual adornments and herbal artifacts for the Poisoner and Witch. 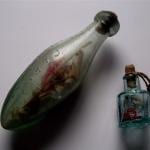 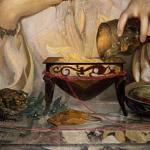 March 4, 2019 Baneful Herbs & Venefic Witchcraft
Recent Comments
0 | Leave a Comment
"Wonderful content on the season, and we share a lot of inspirations on the light. ..."
Wolf Illumination, Inspiration and Imbolc
"So much of your story resonates with me. Thank you for sharing it"
Candy Wilcox McKinney The Ravages of Conservative Christianity on ..."
"Hi there Coby, this is a fantastic article. I’m loving the deep-dive into Saturn’s lore ..."
Brigitte Longmore Saturnus: The Old One
"Black Nightshade (Solanum nigrum) in North America is a delicious and safe berry to eat. ..."
df Spellcrafting with Baneful Herbs
Browse Our Archives
Follow Us!