The Connection Between Baneful Herbs and Traditional Craft

The Poison Path, as it has become known, is a branch of occult herbalism combined with entheogenic ritual practice, botanical chemistry and magick.  Like any plant based practice, the avenues of study are vast and one could dedicate their life simply to the investigation of these intriguing plants.  However, like other plant based practices it brushed up on a myriad of other magickal practices, folk herbalism and mythology.  The Poison Path, for lack of a better term is focused on baneful herbs, entheogens, and mind altering plants used in ritual.  Entheogens are named for their ability to open us up to the spirit world through altered consciousness.  They open us up to the divine.  Many of these plants are also known for their baneful nature, their reputation as powerful botanical poisons if taken improperly, however many of these plants are also powerfully medicinal for those with the knowledge of how to use them.  They have been used for centuries by many cultures, who have also employed them ritualistically.

The Poison Path, suggests that it is an autonomous spiritual practice that can be followed independently as if it were its own exclusive tradition.  While the study of ritual entheogens is a legitimate area of expertise with enough areas of investigation to keep one busy for decades; it is a sub-category or supplemental set of tools and knowledge that can be accessed to supplement a diverse spiritual tradition.  These plant are not deities, and an entire tradition is not built up around them.  We can also not assume that they are the only way of accessing certain states of consciousness.  There are many techniques for entering trance, altering perception and encouraging spiritual experiences that do not require the use of mind altering substances.  The plants that belong to the Poison Path, are one of many tools and allies that we will meet along the way.

I came to work with these plants years ago through my study of traditional witchcraft, folk herbalism, and a study of the animistic traditions of pre-Christian Europe.  My research in modern witchcraft practices would sometimes offer a mention of one of the old world witching herbs, but seldom any serious or useful information.  Knowledge of these powerful plants seems to have been kept out of modern witchcraft and its plant lore for sometime, only recently making its way back.

When one looks at these plants they start to notice similarities.  Many of them are from the same family, the Solanaceae or Nightshade family.  They are surrounded by superstition and fantastic lore, on the surface appearing like secret names for more mundane ingredients akin to things like bat’s wing or eye of newt.  Upon further investigation similar themes in mythology begin to emerge.  Many of these plants are associated through their mythology to deities of the Underworld, of night and of magick.  Hecate, Circe and Medea are common characters is the mythos of these plants and are known for their knowledge of their use in particular.

In medieval herbal correspondences they are often connected to Saturn because of their poisonous nature.  Saturn figures as a sort of archetypal witch father in many instances especially when we look at his older associations with agriculture and the teaching of humanity.  Promethean themes are also evident in the lore of these plants, many of which were said to be gifts of the gods, having divine or infernal origins.  Their connection to death also presents itself on multiple occasions, not just because of their poisonous nature, but through their origins and applications.  Plants like Henbane are present in the Underworld of Greek mythology, playing a role in the transition of the newly dead.  many psychopompic deities and liminal spirits are depicted with one or more of these plants.  Their ritual uses often involve the summoning of spirits, communication with the ancestors or the altering of consciousness to journey to the Underworld.

Medieval superstition has connected many of these plants with the Devil and evil spirits in general.  A culture of fear and trepidation was encouraged when it came to these plants in particular, and it has been suggested that some of the accounts of witchcraft during this period were due to hallucinations brought on by these plants.  One thing is for certain, and that is that the connection that these plants have with magick, the spirit world and the beings that have brought knowledge of such things to mankind, is undeniable.  Some plants are known for their healing virtues, and others are profoundly protective in nature, but these are the plants that have an innate affinity with the nocturnal world of spirit and the arcane secrets hidden in the earth.

They are catalysts of the magical artes, acting as teachers and familiars.  Not every plant in this category is a deadly toxin or a mind expanding psychedelic.  Some of them are aphrodisiacs or stimulants that can be used for ecstatic ritual celebration.  Others are sedatives or hypnotics that can be employed for prophetic dreaming or acts of divination.  There are those that allow us to travel in spirit, or bring particular spirits to our circle.  These plants have a predisposition to the more arcane arts of magical practice, and have the ability to teach us more about ourselves and the many worlds out there. 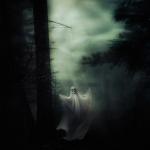 April 10, 2019
Remembering the Spiritual Properties of Entheogenic Herbs
Next Post 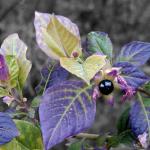 April 25, 2019 The Fly in the Witch's Ointment: Redefining the Poison Path
Recent Comments
0 | Leave a Comment
Browse Our Archives
get the latest from
Poisoner's Apothecary
Sign up for our newsletter
POPULAR AT PATHEOS Pagan
1

Cross and Crossroads: How to Spot...
Agora
Related posts from Poisoner's Apothecary

Yearning for the Presence of Our Gods
For many of us, the Gods and spirits who have been strong...
view all Pagan blogs
What Are Your Thoughts?leave a comment
Copyright 2008-2020, Patheos. All rights reserved.