The Fly in the Witch’s Ointment: Redefining the Poison Path

The Poison Path, or use of ritual entheogens in a spiritual-magical context has existed for centuries, even millennia.  There is evidence of such practices in all ancient and indigenous cultures going all the way back to the paleolithic period.  Ethnopharmacology grew out of the study of these practices and the cultures that cultivated them.  Psychonauts, a term designating individuals who utilize mind altering entheogenic substances for their consciousness expanding effects arose through the work of Jonathan Ott and Gordon Wasson in the 1960s and 1970s.  The term “Poison Path” wasn’t introduced until the 1990s with the publication of the Pharmako trilogy written by Dale Pendell, an American poet and ethnobotanist.  Over the past few years, the term Poison Path has been adopted by witches and pagans to describe the work related to a collection of plants known for their effects on human physiology, as well as their mythological association with magic and sorcery.  Dale Pendell, not a pagan himself, mentions in an interview with Cabinet Magazine, the use of tropane alkaloids being of particular interest to pagans (witches).

” I am in touch with some people who favor the tropanes.  Mostly pagans seem to like them.  Hopefully, they can spare me some of the fieldwork.” – Dale Pendell, Cabintet Magazine.

The pharmacopoeia is not limited to the group of plants containing the tropane alkaloids, the Solanaceae.  Plants of entirely different genuses as well as fungi also fit into this category.  Many of the plants are native to Central and South America, such as Diviner’s Sage (Salvia divinorum), and the ingredients used in the well-known Ayahuasca ceremony Brugmansia suaveolens and Banisteriopsis caapi.  Psilocybe and Amanita mushrooms also have a large following, the sacred mushroom cult, as well as indigenous traditions across the globe that utilize these fungi.

The use of ritual entheogens belongs to no one group or tradition, ancient animistic cultures have used them as far back as history remembers.  These plants and their imagery have made it into sects of Catholicism as well as modern witchcraft.  The wisdom and medicine that these diverse plants have to offer are available to anyone who wishes to seek them out.  They transcend any religious tradition or spiritual system, unlocking the potential already inherent in each individual.  They provide cathartic healing experiences, relief from depression and addiction, in addition to their contributions to modern medicine.  As a healing modality and facilitator of spiritual awakening these plants are available to everyone, just like cannabis, which is also a part of this category.  The Poison Path is not a great title for this practice or the plants that comprise it.  Nonetheless it has stuck until something better comes along.  Cannabis provides relief and healing to hundreds of thousands of people.  It has been called a sacrament, yet it has remained free of any religious affiliation.

The Poison Path is not traditional witchcraft

I am writing this article in response to an Instagram post that I recently read.  The article was posted on the Banefolk profile ran by Sarah Anne Lawless, while Sarah and I differ in some of our opinions I have a lot of respect for her and her work.  That being said I don’t disagree with everything in her post, but saw it as an opportunity to further clarify my own personal work in this area.  I recently wrote an article titled Baneful Herbs and Traditional Witchcraft, elaborating on some of my thoughts on this very topic.

The main point of the post is that “Before Dale [Pendell] you were either a professional ethnopharmacologist or a psychonaut.  Today the poison path is often thought of as hedge-witchery with drugs.”  The issue the post takes is that the poison path has been equated with traditional witchcraft, and only represented in relation to witchcraft on social media.  It goes on to say that this is due to Daniel Schulke’s reappropriation of the term veneficium, stating that his use of the term as well as books like Witchcraft Medicine have led to the conflation of the poison path with contemporary traditional witchcraft.  According to the post, this association is arbitrary and has been done for no other reason than to create a new niche commodity for people to profit.  While all of the aforementioned books and authors have been influential in the recent interest surrounding these plants and there application, it is something that has gone on within witchcraft traditions since before any of these books were published.

Daniel Schulke, whose book Veneficium has brought the term back into popular usage wasn’t the first time this word was used synonymously for witchcraft and the poison path.  Thomas Hatsis, in his book the Witches’ Ointment, one of the most indepth modern studies of the witch’s flying ointment and poison-magic explores the origins and usage of this term in antiquity.

“Ancient Greeks and Romans had an assortment of uses for these plant poisons and root intoxicants, yet used the terms venenum (poison) and veneficia (poison magic) interchangeably, indicating one viewpoint on two different drug practices.” -Hatsis, p. 14

Schulke was not the first to equate the use of poisonous or entheogenic plants with the practice of witchcraft by a long shot.  As Dale Pendell alluded to, the solanaceae or nightshade family, being of interest to pagans, is not due to their visionary nature.  There are many more pleasant and less disturbing visionary plants that can achieve altered consciousness.  The tropane alkaloids, known for their uncomfortable side effects and sinister hallucinations, also happen the be the plants most connected to witches and the practice of magic in history and folklore.  Many of the plant’s associations with the practice of witchcraft began in ancient Greece and Rome with their literary connections to figures like Hecate and Medea.  During the middle ages, when many of our collective concepts of classical or traditional witchcraft arose from a combination of folklore and Christian superstition the legend and lore of these plants also crystallized when the scattered bits of ancient lore was collected and written down.  The stories of these plants are also woven throughout pre-Christian mythology.  Plants like Henbane, Mandrake and Belladonna figured prominently in Germano-Celtic and Scandinavian cultures.

While the diverse group of entheogenic plants belong to the cultures of the world at large, the Nightshade family shares a particular affinity with the magical practices and pagan beliefs of Europe and the Mediterranean.  If anything embodies the collective spirit of witch-lore, it is these plants.

As far as the poison path being thought of as “hedge witchery with drugs,” I would like to dispel that notion at least from my perspective.  The chemical, medicinal and psychoactive properties of these plants are of secondary interest to me.  I am not looking for an easy access pass to altered states of consciousness, nor am I going to preoccupy myself with finding this elusive general dosage.  My area of focus is on the spiritual properties of these plants, their magical applications and their role as plant spirit allies.  While I am interested in the chemistry of these plants and how they effect human physiology, it is of no more importance than the chemistry of Myrrh or Mugwort.

That is where I see a distinction between what I do and what others may do, and while I do recognize the connection between theses plants and the practice of witchcraft I do not consider them exclusive.  They are both capable of standing alone without the support of the other.

And lets be honest.  No one in the magical, occult, pagan, metaphysical community is going to get rich doing what we do.  I imagine that our idea of wealth and the mainstream idea of wealth are two very different things.  There will always be those who try to take advantage of others, but that will not take them far.  To me, wealth means that I get to support myself doing what I love while sharing that love with others and I will use whatever means magical or otherwise to do that. 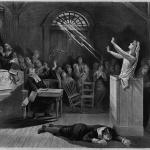 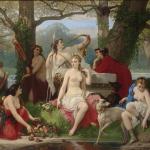 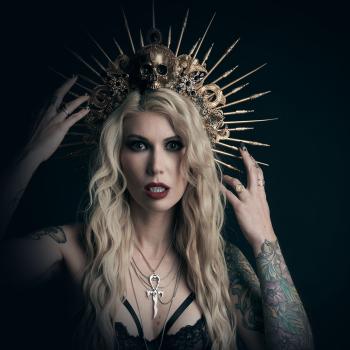