As magical practitioners, we often think that older is better.  We look to the Old World and to antiquity to find the oldest, most obscure lore and practices because they are the best. Right?  Living in North America we are lucky because of how rich and diverse the magical practices and folk ways of our land are.  North American folk magic is spread across such a wide area, encompassing an array of diverse cultures and histories.  Here there is a distillation of Old World practices brought over from Europe that have blended with traditions from the indegenous peoples whose practices are just as diverse.  In the Southwestern United States, European practices brushed up against existing traditions of Mexican folk magic.  The Southeastern United States draws influences from the Caribbean Islands, African diaspora, Native American Traditions and Catholic folk magic.  There are the Pennsylvania Dutch in the North East with their Pow-Wow, and a melting pot of Jewish Mysticism, Italian Folk Magic, and Irish folklore.  These are just a few of the practices unique to some of the areas in the United States, not to mention Canada, and the influence of the New Age and Neo-pagan movements.

From the Ohio River Valley, through the Carolinas and down into the Deep South stretch the oldest mountains in the world-the Appalachia.  It is in the misty valleys and dense forests of these mountains that the deep roots of Appalachian folk magic were first set down.  A blending of the Old World and the New, the Appalachian mountains strech from the Northeastern United States into the South.  Settled by Irish, Scottish and German immigrants, this land has been worked by many hands including those brought over in the Slave Trade.  A land that also belongs to the Cherokee and other Native peoples, Appalachia has been home to many people.  These people have left their mark on the land, and have contributed to the culture here.

In his book, Backwoods Witchcraft, Appalachian native Jake Richards bares all, delivering the customs that have been passed down through generations of mountaineers within his family.  Jake owns and operates Little Chicago Conjure, which provides a wide selection of folk charms, spiritual supplies, and magical accoutrement.  Jake lives in eastern Tennessee in the town of Jonesborough.  Generations of his family have lived, farmed and mined this land.

A Tradition Tied to the Land and Informed By Ancestry

Right off the bat, when reading this book, you get the sense that this is a very deep a personal work.  The stories, practices and lessons here are part of Richards’ family heritage.  He pays homage to his diverse ancestry, which is representative of the cultural blending of this area.  The author tells the tales of his grandmothers and grandfathers, and the birthrights which they passed down to him through blood and spirit.  A descendent of water witches, healing preachers and prophetic grannies, he was brought up surrounded by the magic and devotion of Appalachian folk ways.  Richards embraces the practices of his predecessors, and recognizes the important role that their Christian faith played in their beliefs.  The book is peppered with Bible verses from the King James Bible, which are used to heal, to protect and to destroy enemies.

The book reads in a conversational and casual style, much in the way this lore would have been passed on, through the stories and events of daily life.  Special family recipes and charms that would have made the lives of these hard-working people a little easier are treated as treasured heirlooms.  The reader is treated to these intimate first hand accounts of the life of an Appalachian mountaineer, and the blood, sweat and tears that has been offered to this land.

Richards describes the importance of the land and the ancestors who lived and died here.  He explains the importance of the local landscape, its terrain and its unique seasons.  The knowledge preserved in this book comes directly from the land, and the spirits that reside here.  The folklore and superstitions of Irish and Scottish immigrants and Native American spirits are introduced in stories and folk tales told by the people that live here.  The mountains are home to several spirits that Richards describes in detail from “haints”-ghosts or demons, to animal spirits and the Little People of the indigenous tribes.

The book is full of personal experiences, family stories and folk traditions passed down from one to another.  Richards bears the torch, bringing this knowledge into the next generation.  He gives detailed instructions on methods of rootwork, using holy waters, laying tricks and working traditional spells such as the quincux pattern, bottle magic and the making of doll babies.  This anthropologically valuable book provides an indepth look at one of many diverse traditions of American Folk Magic from an individual steeped in its traditions since birth. 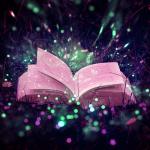 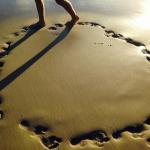 June 18, 2019 Reducing Your Magickal Footprint
Recent Comments
0 | Leave a Comment
Browse Our Archives
get the latest from
Poisoner's Apothecary
Sign up for our newsletter
POPULAR AT PATHEOS Pagan
1