Lammas or Lughnasadh is one of four high holy days celebrated by ancient Europeans. It falls at the cross quarters between the solar holidays, the solstices and equinoxes.  These are the four great fire festivals, Samhain, Imbolc, Beltane and Lughnasadh.  It is halfway between the Summer Solstice and the Autumnal Equinox.  Lammas or hlaf-mas, as it was called by the Anglo-Saxons is a celebration of the first harvest, the harvest of grain.  The first harvest was very important to ancient agrarian cultures.  The first sheaf of grain or first reaping of the crop, as well as the last, was sacrificed to the gods and nature spirits to give thanks for a bountiful season and ensure fecundity remained in the land.  The last sheaf was saved and sacrificed at the last harvest, Samhain.  The grains were either burned in offering or baked into a sacramental loaf of bread.  This reciprocal relationship with the land was practiced across the ancient world.  It hearkens back to a time when the king or chieftain was symbolically married to the land.  It was his relationship with the land that ensured its fruitfulness.  When the situation became dire and the sovereign goddess of the land needed to be appeased, the king would be sacrificed to ensure the survival of his people.  This sacrificial practice was echoed in many different cultures, and reflected in the myths of their deities.  Sacrifice was made to bring one closer to the gods, to benefit the land and its people, or to gain knowledge or power for the completion of a task.

The Gift of Sacrifice

In todays world people want everything for nothing.  We have become accustomed to “freebies” of all kinds.  People take all they can from the Earth, their loved ones and society without giving anything in return.  Everything worth anything comes at a price, whether we are aware of the price or not.  The ancients knew this, and willingly gave what was due to the land, their gods and the unseen forces of fate.  The most precious of gifts demand the gravest of sacrifice.  Modern people do not like to make sacrifices.  A sacrifice is always something meaningful to the person sacrificing it, and in todays world the more you accumulate the happier and more successful you will be! *sarcasm*  When it comes to sacrificing something we love it can be difficult to see past the initial loss.  Even if we are going to gain something infinitely more valuable, our short-sighted human nature thinks “this is mine, and I’m entitled to it so why should I give it up?”  This is what makes it a sacrifice.  It is the pain of loss and the sense of diminishment that makes room for that greater thing.  Sacrifice is a common theme in ancient mythology.  In a time before the comforts of modern society people were expected to make great sacrifices for the benefit of the community.  Without these sacrifices we wouldn’t have come this far.

During this time of political upheaval, environmental crisis and widespread poverty; we must remember the sacrifices that were made by the people that came before us, and we must be willing to do the same if we want to set things right.  Our current situation is the result of constantly taking from the Earth and from the people around us.  It is going to come to a point where we must sacrifice some of our modern comforts and conveniences, even temporarily, to restore the balance and give us the means to continue.  We have to rethink how we interact with our planet and create a mutual symbiosis.

The All-Father sacrificed his own eye to gain wisdom of things hidden from him, and to learn the secrets of the runes.  His eye was thrown into the well of Mimir, and in an act of self-sacrifice he threw himself upon the spear of Gungnir and hung himself from Yggdrasil, the World Tree.  During this shamanic death, he received visions that revealed to him many secrets and powers.

In the myth of Osiris, the god of fertility, life and death is murdered by his evil brother Set.  Afterwards, Osiris is resurrected by his wife Isis.  This leads to the birth of Horus, who overthrows set and restores balance to society.  Sacrificed gods are often associated with fertility, agriculture and life sustaining grain.

Tammuz or Dumuzid is a god of ancient Mesopotamia, associated with shepherds.  He is the consort to the goddess Innana/Ishtar.  Tammuz was killed by a wild pig while hunting.  He was killed on a Friday, and resurrected on a Sunday.  This three day period reflects part of the cycle of the grain harvest.

Lugh meaning “shining-one” is a Celtic god of the Sun, the arts, and patron of craftspeople.  Because of his skill with a spear  he was known as Lugh Lámhfhada, Lugh of the Long Arm.    The festival of Lughnasadh is named for him, and was held in honor of his foster mother Tailtiu.  Lugh instituted an event similar to the Olympic Games called the Assembly of Talti.

The Descent of the Goddess

Male gods are not the only ones who have sacrificed themselves in some way for the greater good.  The myths of the goddesses Inanna, Kore, and Persephone all speak of their own form of sacrifice.  Every year they descend to the Underworld to maintain their agreement with Chthonic forces, which maintains the changing of the seasons.

These stories of sacrifice can serve as reminders for us to give thanks for the sacrifices of those who have come before us, and to not take anything for granted.  Everything is held in a precarious balance, and we can only take without giving back for so long.  During this time honor the gods that have sacrificed of themselves for the greater good of their people, and think about what you would be willing to sacrifice for the benefit of generations to come.  Give offerings of grain in gratitude of the coming harvest.  Especially if you are a grower of plants, and practitioner of herbal magic.  Make offerings to the spirits of the plants that you have tended throughout the season, and thank them for their sacrifice.  By this simple act of gratitude your harvest will be empowered and that blessing will carry over into all of the things that you use these ingredients in. 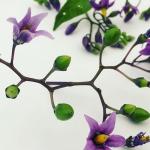 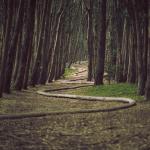