What Would Jesus Do About Donald Trump?

What Would Jesus Do About Donald Trump? June 1, 2017 Guest Contributor

As it becomes increasingly obvious that the crude, lying, egomaniacal, bigoted, impulsive, anti-science, anti-intellectual, anti-environmental sexual predator anti-Christian that we saw during the presidential campaign is the same Trump we see as president it becomes critical, that we must have a way forward to removing him from office.

Clearly the mainstream, liberal, and principled conservative and Christian media have been unrelenting in exposing the deep flaws of this president, yet is this sufficient to get enough Americans to demand that he voluntarily leave or be forced from office?  The obvious answer is no.  What we need is to turn the nondeplorable Trump supporters to nonsupporters and for this we need the help of true Christians.

There is no sense trying to reason with the deplorable anti-Christian Trump supporters who clearly share his immoral stands on lying, sexism, racism, alternate facts, crudeness, etc.  I have no idea what percentage of Trump voters clearly are the deplorables, but I have enough faith in the great majority of American people who are the nondeplorables and will listen to reason and face the real facts.

We need to emphasize to this group that when Trump the candidate railed about draining the swamp that he really meant repopulating the swamp with his own partisan lobbyists who are overwhelmingly in the pocket of big business, particularly Big Oil (see ex-CEO Exxon/Mobil now Secretary of State Rex Tillerson), anti-consumer, anti worker rights, and anti-environment (see the new EPA administrator Scott Pruitt).  Or how about the recent Trumpcare health proposal that would cause over 23 million people to lose their health insurance, give a tax break to the top 5% of the wealthiest Americans and was opposed by every health organization and consumer organization except the drug and insurance companies (whom would get a big windfall if implemented).

Last month we had the smallest increase in jobs in over 8 years, and with the impending bankruptcy and closure of retail giants Sears and JC Penny the potential lost of over 200,000 retail jobs while promising to put 76,000 coal miners back in mines (one of the most dangerous jobs in the world and which is not going to happen for a very simple reason that any real businessman would understand, coal costs more than alternate energy sources such as natural gas and oil; also there hasn’t been any “clean” coal in the US since the 1960’s).  Meanwhile he plans to scuttle the programs for retraining coal miners and severely curtail the present health programs to help them with job related illnesses such as black lung disease.

Certainly the biggest potential group for reaching the Trump nondeplorables are true conservative Christians who voted overwhelmingly (86%) and inexplicably for a man who has gone through three trophy wives and has openly bragged about his infidelities, is profane, is a self confessed sexual predator, is a businessman who systematically cheated his business partners, employees and customers, who was a big supporter of pro-choice politicians (including Hillary) until he decided to run for President, and holds the most un-Christian views possible about helping the poor, the homeless and the elderly (see his last budget proposal).

Let’s be real, true Christians, What Would Jesus Do?  The answer is, of course, to pray for forgiveness and more importantly to do everything in your power to remove this blot on true Christianity from office!  To do anything else would be a repudiation of the most fundamental tenents of Christianity!

Special to Patheos from Robert J. McCallum of Miford, PA. 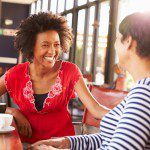 February 9, 2017
4 Keys to Engage in Meaningful Political Dialogue
Next Post

October 26, 2017 A Letter to Millennials on the Power of Advocacy for Global Health: A Retrospective
Browse Our Archives
get the latest updates from
Politics Blue
and the Patheos
Patheos Blue
Channel
Related posts from Politics Blue