What did Chris Tomlin ever do to you? or: Why I criticize a worship superstar 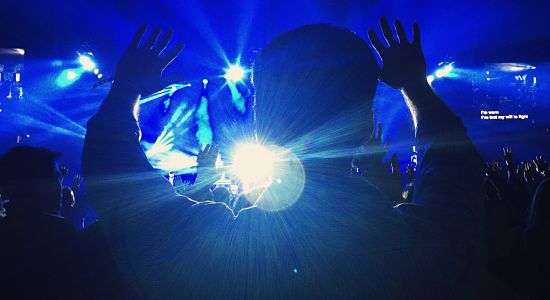 What did Chris Tomlin ever do to you? You seem to take shots at him in nearly every blog post. Great way to treat a brother in Christ whose music has reached millions worldwide and brought the gospel to those people. – Glenn

This post is brought to you by the Ponder Anew mailbag. Our friend Glenn here has apparently taken offense to my occasional use of Chris Tomlin’s music as examples of bad church music. And I hear things like this often. Usually, they are more general, like “I liked what you said until you started bashing contemporary worship!”

What Glenn and others like him seem to be implying is that we shouldn’t ever call out sincere, well-meaning believers with whom we disagree, especially when the numbers indicate that they are doing good things.

I think there are times when we have to speak up. After all, if we’re going to be about following the model of Jesus himself, well, public criticism was something he engaged in quite regularly. So did Paul and the apostles. Certainly, there are times when we shouldn’t criticize, but there are clearly times when it’s appropriate, even necessary, as long as it’s done in the best interest of all involved.

Specifically, I call out believers in the contemporary worship scene (and the trends they represent) because corporate worship is important. It’s so very important. It’s the unifying, visible act of the church. For myself and those of you who are with me, I think it’s high time we returned to thoughtful, candid criticism of the things happening in Christian worship today. Even if we’re unjustly accused of being bitter and resistant to change, we’ve got to make our voice heard. We’ve got to speak up.

Since our friend Glenn brought him up, let’s look specifically at Chris Tomlin. Here’s why I so often make examples out of his music.

Because his music isn’t for congregational singing.

It’s true that Tomlin’s music isn’t very interesting or imaginative. But those things aside, it’s not well-suited for group singing.

For instance, let’s look at a few things going on in this video.

This song is written to fit his own voice. The refrain even goes up to a high G, outside the range of most voices. Transposing doesn’t help, since taking it down would pitch it too low. In fact, if you listen closely to this video, you can hear female audience members either switching between octaves throughout the song, frying the low pitches, or simply dropping out altogether.

Then there’s the problem of having the soloist “worship leader.” He’s not trying to set an example for a congregation. He’s singing this song as he would when making a commercial recording, melodic and rhythmic ad libs, affected vocal production.

Above all, his songs and the way they’re led doesn’t allow the collective congregational voice to shine through as the primary instrument of praise. Those in the audience are reduced to simply singing along if they feel like it, like they would sing along to the radio in the shower or car.

And if they stopped singing, it doesn’t appear that it would make a difference. The show would go on as long as Chris Tomlin’s voice held out.

Because he writes poor texts.

I’m frankly surprised we haven’t made a bigger deal out of this. With poor rhyming, mixed metaphor, and non-sequitur, Chris Tomlin is seemingly incapable of writing good poetry.

He wraps himself in Light, and darkness tries to hide…

And if our God is for us, then what could stand against…

Theologically, many of his songs are not even identifiably Christian. And those that are, at least nominally so, don’t actually develop theologically beyond some mismatched imagery.

We need to be choosing texts for our congregation that are well developed, that teach, that edify, that will last, that will do them good to learn and internalize. Most of all, as we weekly reenact the Christian drama in corporate worship, we must choose texts that clearly set the gospel and its outworking in singable form.

I just don’t think Chris Tomlin doesn’t write texts that are good enough for a church that is committed to singing its faith. It’s okay to criticize them. It’s a serious issue. We’re talking about worship in the church, not a grade-school poetry exercise. We’ve got to choose well.

Because he is a worship superstar.

What is Chris Tomlin? Is he a recording artist? Performer? Worship leader? The answer to all is “yes,” apparently. He’s a big deal, probably the biggest deal in the so-called “worship industry” today.

One of the things we’re seeing these days in mainstream evangelicalism (And be warned! It’s starting to brew in mainline traditions, too!) is the celebrity minister, mostly pastors and “worship leaders.” These guys (and they’re always guys, with rare exceptions) develop these huge followings, with devoted fans, best-selling books, t-shirts, recording contracts, you know, the whole deal.

Chris Tomlin is a star. A rock star. Maybe the biggest rock star among a growing number of evangelical celebrities. And there are (seemingly) a million other guys who get butts in the stadium-style seats by emulating their brightest star. That’s become the thing to do.

Don’t get me wrong. I think the things we do in worship should be deeply considered, thoroughly rehearsed, and rich with meaning. I think it’s great when pastors write good books and church music programs develop a reputation for excellence. But I don’t want people coming to see an ego, a celebrity, a superstar. I certainly don’t want them to see my personality shining through. I want them to see the culmination of the Christian story in Christ himself.

This conflation of corporate worship and celebrity simply needs to stop.

And what makes him a superstar in the first place? It’s his recorded music, which sells to the masses, much like McDonald’s food or Wal-Mart particle board furniture. You know, the stuff that you buy because it’s cheap and easy, but in the end, it doesn’t satisfy, it doesn’t hold, it doesn’t last.

It’s not that I just don’t like the guy. I actually met him once at youth camp when I was in seventh grade, and before he hit it big. If my initial opinions of him are still accurate, he’s a kind and sincere person, and I’m sure he’s trying his best at his current gig. But even if he’s a real prince, we are under no obligation to affirm his work as suitable for Christian worship.

Yes, there are times when we must speak up, must criticize, must plead with our fellow believers in all traditions to reconsider how they’re going about their kingdom work.

And I think this is one of those times.

Don’t agree? That’s fine, but it’s a conversation we have to have.

There is far too much at stake. 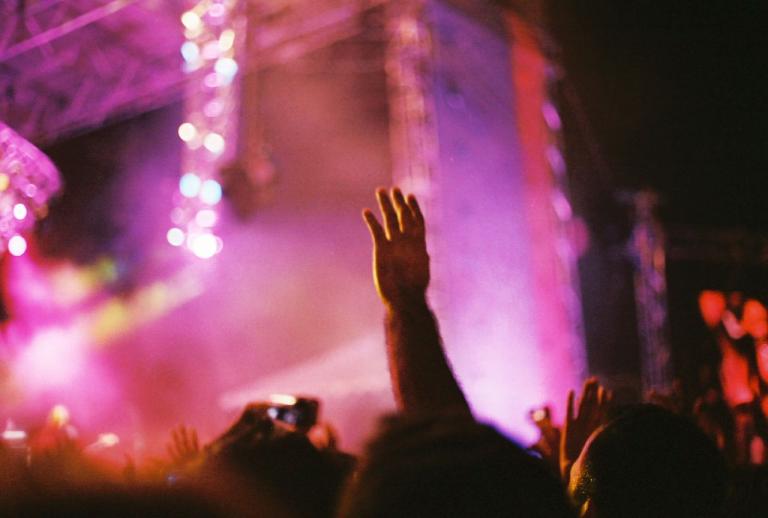 For further reading, click one of the images below.

February 5, 2015
Are we expecting too much out of music in worship?
Next Post 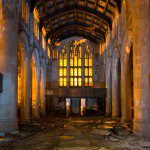 May 13, 2015 Dear Church: An Open Letter From One of Those Millennials You Can't Figure Out
Recent Comments
99 Comments | Leave a Comment
Browse Our Archives
Related posts from Ponder Anew