I get too many emails.

I don’t mind the personal ones. It’s the stuff I didn’t ask for cluttering up my inbox that feels overwhelming at times. Realistically, I probably long ago entered my email address into some form and gave tacit approval to be spammed by many organizations. And if I were to systematically go through my inbox and furiously unsubscribe, I would probably live a happier life.

Anyway, one of these organizations has been hassling me via email once a week for months now. They desperately want me to come to their conferences this summer to help me with my professional life in ways I didn’t know I needed help in exchange for a one-time payment of eleventy billion dollars, plus airfare and caffeinated beverages. I’m not going, because it’s out of state and I have a cute little family and other things I’m working on, and also because I don’t want to. From the e-brochure, it looks like they want me to be cool and woke, and also to write better liturgy.

Yes, one of their headlining guests is supposed to be teaching us how to write liturgy. And looking at what this particular person has written, some of it is beautiful, if a bit sentimental.

At one point in my not-so-distant professional past, this would have been intriguing to me. Growing up in a tradition where the most liturgical thing that happened was the pastor removing his wristwatch and laying in on the pulpit before beginning his 45-minute slaughtering of multiple Pauline texts, I thought liturgy was a pretty neat idea. Especially when I found out that liturgy was actually how the church was supposed to worship.

Years ago, and several jobs ago, the church I was serving got a new pastor. I was excited because the pastor he replaced was liturgically illiterate and a really difficult person to work for. And the new guy was a dramatic improvement. One of the things he did was to write a spoken responsive “call to worship” for every service, and I was impressed with his dedication to the task. I was actually so impressed, that I started dabbling in it myself. I saved every scrap of barbershopped liturgy I came across, and eventually wrote a few things myself to put in front of our congregation to hopefully make them think about, you know, Jesus and not their 10am tee time.

This Jonathan would have loved such a workshop.

But a couple of things changed my mind.

The first one was studying liturgy with a brilliant professor while completing my Master of Sacred Music at a Catholic university. Looking at the various rites in use throughout history and comparing them with modern ad hoc pseudo-liturgies reveals a stark contrast. The very purpose of ritual in liturgy is to shape our hearts and minds according to the gospel of Christ. The constant striving for novelty defeats this purpose, because it doesn’t allow the liturgy to grow roots.

Secondly, over the past couple of years I’ve begun praying Morning and Evening Prayer from the Book of Common Prayer (1928, of course) as the basis for my personal devotions. Growing up in Baptistland, we frowned on any sort of prayer that wasn’t spontaneous. But praying the collects and canticles, and following the daily office lectionary cycle along with the monthly cycle through the Psalter has changed my life. Far from vain repetition, the discipline of a set liturgical pattern, and one that relies heavily on Holy Scripture and the ancient prayers of the church, actually teaches my heart how to pray throughout my day and my days. It’s a slow process. It’s not instant gratification.

And for the gathered church, that is what liturgy is supposed to do. Through Word and Sacrament, the gospel proclaimed in elegant and refined language, over weeks, months, and a lifetime.

The search for novelty in worship is a new thing. It’s to keep frenetic minds from getting bored too easily. It’s an attempt to be fresh and new and maintain the buy-in of worshipers.

But the power of liturgy is found in its ritual and repetition. It seems so foreign to so many of us, and yet it’s such a powerful truth. We know that the productive people tend to be disciplined and follow a routine. Current educational theory has realized this, too; children thrive in a school community formed by rituals.

The church has largely rejected this truth, to its own detriment. Especially when supposedly “committed” churchgoers only attend once or twice a month, without any constant liturgy they’re unlikely to ever repeat much of anything. That’s not exactly helpful in producing disciplined Christians. And when those pseudo-liturgies are merely projected on a screen, flashing up there one second and gone in the next, there’s not much chance of retention.

“Well, that’s all fine for you, Jonathan, and your friends. But some of us just can’t worship with all those rules.”

To this, I’d argue that there is plenty of research that says ritual and repetition are friends to the human existence. The church once knew this to be true, but apparently no longer cares.

So I’ve come to think that the pursuit of novelty in liturgy is a bankrupt endeavor. Writing ones own liturgy undermines the very purpose. It robs the people of the opportunity to be formed by Holy Scripture, the ancient prayers of the church and the natural rhythms of the liturgical cycles. It gives the writer far too much power, and can easily be used to manipulate the people into parroting the writer’s own sociopolitical commentary. Or, it gives license to depart from anything resembling a Christian liturgy.

Look at the Beyonce Mass, with its exhortations to “shake ones jelly” and roar in Aslan’s face for an extreme example. Yes, it’s a real thing. But most examples of frivolous, ad hoc liturgy are far less egregious, which I’m afraid makes them all the more insidious. The result is liturgy that won’t anchor the soul for a lifetime. To be honest, most of it won’t even last five minutes.

Woe to us if that is the case. Whatever frail and fleeting thoughts my fallen mind can assemble, it is incoherent babble compared with the beautiful liturgy steeped in Holy Scripture, and prayed by the church throughout the generations. 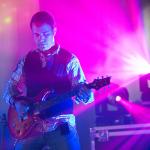 June 4, 2021
Why I Reject the Term "Contemporary Worship"
Next Post

June 7, 2021 How to Make a Beautiful Hymn Less Beautiful
Recent Comments
0 | Leave a Comment
""need to use" = one of the 10 commandments type of "need?" I think not."
Doug Thatcher Why Is It Your Business How ..."
"But let us be honest. Your tastes in music do play a role. I feel ..."
Don If Worship Is All About the ..."
"I heard something called 'worshiptainment', short of 'entertainment worship'"
ounbbl Why I Reject the Term “Contemporary ..."
"Entertainment is subjective. And if a congregation suddenly finds itself with older members but not ..."
KDNDLKJ Pop Music Doesn’t Belong in the ..."
Browse Our Archives
Related posts from Ponder Anew