Don Piper’s “Heaven” and our addiction to bad heaven theology 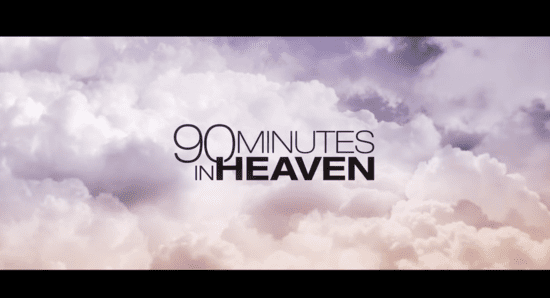 Don Piper has an amazing story.

In case you haven’t heard it, let me summarize. In 1989, Don was in a catastrophic accident in rural Texas on the way home from a pastor’s conference at a Baptist camp. His Ford Escort was hit by a semi, and he suffered life-threatening injuries. Rescue personnel assumed he was dead, covered him up, and went about tending to other victims. Some 90 minutes later, while a fellow Baptist minister prays for him in the wrecked car, Piper regains consciousness, and makes an amazing recovery.

But that’s not how Don tells the story. He claims that during those 90 minutes, he was actually graveyard dead, and standing somewhere outside the pearly gates, reunited with old acquaintances, smelling nice things, and hearing a lot of singing. Then, he says he came back to life in his car, miraculously recovered, and now is a messenger from beyond, telling people to get right so they can meet up with him one day for a cup of celestial coffee and a chorus or two of old gospel favorites.

I don’t think he’s a charlatan. I think Rev. Piper is an honest, well-meaning man, who genuinely believes he went to heaven.

No. At least I can’t believe so. There are too many troubling aspects of his story.

He (inadvertently) places his experience above the witness of Holy Scripture. If we have Moses and the prophets (and Jesus and the gospel accounts), we don’t really need Don Piper, do we? The biblical writers don’t say much on the topic, so Piper believes his experience fills in the gaps.

He claims he saw literal examples of what are almost certainly intended to be symbolic imagery, and things that are not to take place until the final resurrection. If he DID go to heaven, he wouldn’t have seen pearly gates. He wouldn’t have seen redeemed bodies. And he would have been in the presence of Jesus. There’s no heaven without Jesus, but he doesn’t factor into Piper’s story very much.

Even more perplexing is how he interprets his experience. He talks about heaven as if it’s a place way up in the clouds, not an event coming at the end of the present age. In fact, his account sounds like it could have come from someone who had never been to Sunday School in their life. Piper’s a minister, a seminary graduate. He should know the final act in salvation history isn’t human death, but what comes next.

In short, Don Piper’s “heaven” looks less like the New Testament heaven than a mythical, toothless, folk understanding of it.

A number of years after his recovery, he wrote a book, and as happens these days, it sold. Really well.

Now there’s a forthcoming movie (no, I don’t think Kirk Cameron makes an appearance) and, like most Christian movies, it will further distort and dilute Christian culture’s understanding of life after death, and more importantly, life AFTER life after death.

Bad heaven theology is inherently human-centric. It substitutes our death for Christ’s final victory. Instead of looking toward Jesus, it makes the central event the final human breath. Nothing about the coming kingdom, nothing about the renewal of the earth.

A perspective of life after death that makes no room for a new heaven and a new earth can be summed up nicely by the words of that great American hymnwriter, Norman Greenbaum:

When I die and they lay me to rest,
Gonna go to the place that’s the best.

Bad heaven theology skews the rest of our theology. We buy this stuff up. It becomes a substitute gospel. We would rather feel good anticipating zero-gravity Old Home Week than eagerly await the coming age, the power of the final resurrection, the world-without-end-amen, THIS world, when heaven comes to earth and the reality of Christ’s work is fully known.

Bad heaven theology produces bad corporate worship. This is important. As we worship, so do we believe.

We pray it. We preach it. We sing it. And if it’s not actually what we believe to be true, we pray and preach and sing bad theology into our Christian ethic. So has it been with Don Piper’s heaven.

The comments were telling. Here are a few:

I have a strong emotional attachment to those because my mother used to sing them to me (along with many others from her mother’s Dutch Reformed hymnbook) as a child. My mother is now 91 and in failing health, and those are the two hymns that I plan to have sung at her Celebration of Life!

We RARELY, if ever, sing them at church. so I cannot see why, on occasion, they could NOT be used for cooperate worship, when so many people obviously have great emotional attachment to them. Once, in a while, Spock, get in touch with your emotions… its not fatal!

I love the old TYme Religion songs. They comfort me. They make me think of family and feel close to my grandparents and already gone to Heaven Aunts, Uncles and cousins. Leave those songs alone.

I’m guilty of this myself.

A number of years ago, I served a church where Don Piper was invited to speak. One aspect of my job that I take very seriously is to be subversive with hymn selections when another aspect of a service misses the mark. It’s a rare occurrence now, but I needed to do it then. I had a chance to pick a hymn of response with robust, powerful eschatology to follow Don’s message.

But I was afraid of being reprimanded.

I had an important call to make, and I kicked it.

Just look around, will you. We live in an ugly world. It’s ugly everywhere, but there’s a specific  problem in the American church in that we don’t realize how ugly things are. We’re coming up on the anniversary of 9/11, when about 3,000 people died, and yes, it was unspeakable tragedy. We remember that more than 4,000 U.S. soldiers have died in the Iraq War, and that is another unspeakable tragedy. But we forget about some of the things going on over on the other side of the world that are happening to other, non-American people. Like the hundreds of thousands of Iraqi civilians that have been “collateral damage” as the two sides couldn’t find a way to turn the other cheek. Like the horror of human trafficking and slavery. Like the rise of ISIS.

This is the curse, the curse that Christ came to reverse. God’s mighty acts in Jesus Christ don’t just give us a safe house in the sky where we can hide out, but they will put an end to the evil, the ugliness, the crap. THAT will be heaven.

But instead of looking at the ugliness and the fallenness and the brokenness and crying out for the final resurrection and restoration, for the death of death, for the blessings of Christ to flow as far as the curse is found, we buy up the stories of a tame, happy, Greco-Roman heaven and a 24-karat gold retirement.

When we let Don Piper or C.I. Scofield or Eliza Hewitt or Helen Lemmel or Sanfort Bennett teach us about life after death, our worship is weakened, our faith is weakened, our belief is weakened. We no longer find ourselves in the terribly exciting already/not yet, praying and pushing for it to be more on earth as it is in heaven, looking for the time when it WILL be on earth as it is in heaven. No, we find ourselves in a lame duck creation, toiling on through life until we get to go to our mansion in the sky, no longer to be bothered by the aches and pains of aging and the inconvenience of people we don’t agree with.

If I had the chance again, I might pick this hymn from Charles Wesley.

Love divine, all loves excelling,
Joy of heaven to earth come down;
Fix in us thy humble dwelling;
All thy faithful mercies crown!
Jesus, Thou art all compassion,
Pure unbounded love Thou art;
Visit us with Thy salvation;
Enter every trembling heart.

Breathe, O breathe Thy loving Spirit,
Into every troubled breast!
Let us all in Thee inherit;
Let us find that second rest.
Take away our bent to sinning;
Alpha and Omega be;
End of faith, as its Beginning,
Set our hearts at liberty.

Come, Almighty to deliver,
Let us all Thy life receive;
Suddenly return and never,
Never more Thy temples leave.
Thee we would be always blessing,
Serve Thee as Thy hosts above,
Pray and praise Thee without ceasing,
Glory in Thy perfect love.

Finish, then, Thy new creation;
Pure and spotless let us be.
Let us see Thy great salvation
Perfectly restored in Thee;
Changed from glory into glory,
Till in heaven we take our place,
Till we cast our crowns before Thee,
Lost in wonder, love, and praise.

Heaven is not about being reunited with Grandma when we die, it’s about the final victory of Christ, the death of death, and a finished new creation.

World without end. Amen. Let it be so. 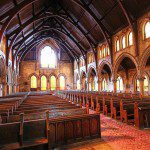 August 10, 2015
There's a wideness in God's worship: Beyond traditional and contemporary
Next Post 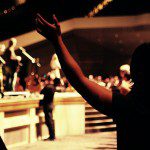 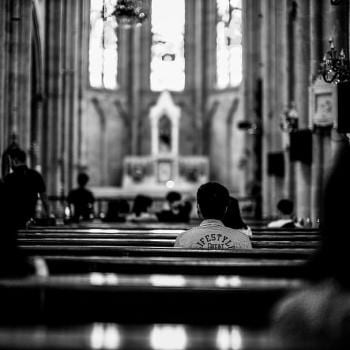 Evangelical
The Church Is Not a Building, But What...
Ponder Anew

Evangelical
Worship IS Essential, But So Is Loving Your...
Ponder Anew