Why WOULD Anyone Sing in Church These Days? 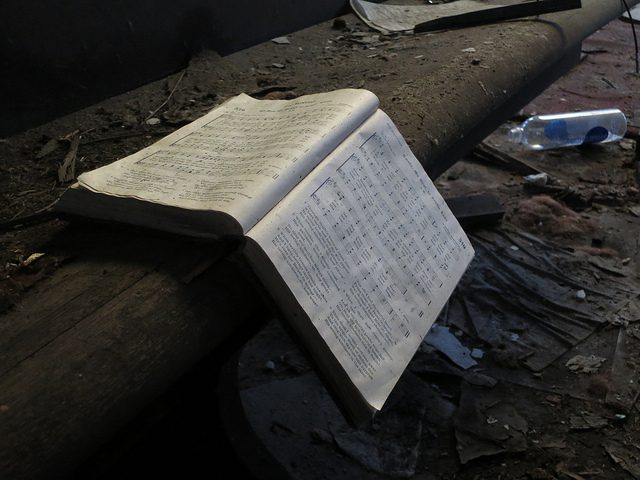 A quick trip down Google’s memory lane reveals that the internet has been talking about this regularly since at least 2012. And everyone seems to know why.

Nobody knows the songs.

There is truth to some of these points, but the longer I think about this problem, the more I’m convinced we’re asking the wrong question. Instead of figuring out why people aren’t singing, we need to turn around, look at ourselves, and ask, “Why would they sing?”

See, when it comes to our sacred discipline of congregational singing, a lot has changed in our recent history.

We began by changing our understanding of corporate worship. It’s not for the church, it’s for those who aren’t part of the church. The historic liturgy is out, and the 19th-century revival model is in. Instead of the entire service being filled with acts of worship – congregational prayers, affirmations, responses, and, yes, singing – we’ve decided that the singing alone is the “worship,” followed by preaching or teaching time (NOT worship), and then followed by a little more singing (again, worship) for good measure.

So, while the congregation once had a vital role in the entire service, we’ve decided they really only need to participate during the music.

At some point, we decided that corporate worship, especially the music, wasn’t about disciplined, regular reenactment of God’s story. Instead, we decided that the purpose of music was to usher in an emotional experience, a perceived intimate connection with the Almighty. Musical appeal became a substitute for the work of the Holy Spirit. If we felt something, it couldn’t just be the music, it MUST be the Spirit. (Funny how the Spirit always seems to time its biggest moves around the modulations.)

So, while music was once simply a way to add dimension to our sacred storytelling, we began to exploit its emotional appeal, suggesting the feelings it could evoke to be authentic spiritual connection. The congregation’s work was no longer to sing God’s story, but to feel happy, jesusy feelings while music is played in their midst.

Our cultural ability to make music has decreased steadily since the dawn of commercial recorded music. For many years, churches were able to counteract this musical decline by training many in their congregations to sing and understand the written language of music. We had choirs for all ages. Now, most churches have given in to the cultural decline of music appreciation. Instead of training many of our own, we hire a few to stand up and perform from the stage. We once heard the tapestry of vocal timbres, ranges, and textures rising in united praise and thanksgiving for God’s mighty acts in Jesus Christ, and welcoming all to join in. Now, we hear one voice, or perhaps a small group of voices, electronically pushed toward us.

So, we’ve stopped teaching ourselves how to sing, and traded the collective voice of the congregation for a few amplified tones.

We have a rich history of hymns and songs dating back centuries, set to beautiful, singable melodies with a rich harmonic framework, a group to which each generation added their best. Then we decided we didn’t need these anymore. Their language was too difficult for us, we said, and it just got in the way of our emotional experience, anyway.

So we replaced our hymns with new songs, written for solo commercial recordings. That’s right, we replaced songs created for many voices with songs meant for one or a few.

We used to give everyone the printed music, so that they could follow along. But nobody reads music anymore, right? (Of course, many of us once did when we were in the school choir or band, but, well, nevermind…) All those books are heavy. And a waste of paper. So we started projecting words (no music) up on the wall. They’re there one minute, and gone the next, kind of like the songs themselves. People crane their necks and raise their chins to read them in their place on high. They have no idea if the next syllable will be held long or released short. They don’t know if a pitch rises or falls. They just hope to catch on by the time it’s over.

So, we stopped empowering those among us who do read music to use those gifts. And we stopped expecting anyone else to learn. Just sing along with Mitch, and see how it goes. Maybe if you listened to more Christian radio, you’d know what to do.

We used to have these majestic and beautiful instruments, with infinite musical palettes and soaring, sustained tones that gave them the ability to breathe life into congregational singing. Now, we’ve dismissed those as passé, and substituted a rock band, fronted by a worship leader. He (it’s usually a he, for some reason) sings his song, and we try to sing along with his cover of our jesusy hot 100 favorites. What’s more, few of these leaders it seems are capable of just plainly, accurately singing the melody. Some of them croon with a whiny, closed-mouthed tone, turning every vowel into an ee-ended diphthong. Others wail in reckless abandon with primal, orgasmic strains, while we sit and watch. They often embellish their performanced with ad libs, rubato, rhythmic embellishments, and melodic freedom, while the audience struggles to keep up.

So, we replaced an instrument uniquely adept at leading a congregation with a cover band.

Enough! When will we stop?

We’ve stopped giving the musicians among us the resources they need to apply their abilities.

So let’s stop asking why people aren’t singing anymore. It really shouldn’t be a surprise, since we’ve done nearly everything we can to kill congregational singing.

Maybe it’s time to rethink our strategies. Here are a few suggestions for how to encourage good congregational singing.

Do music that is meant to be sung, and in a way that encourages healthy, hearty singing. Most of the music churches are now attempting to sing is instrumentally-driven music in a vernacular style that was written for a solo artist recording. Replicating that style of music, with its syncopation, affected vocals, aimless melodies, and awkward vocal ranges, is impossible congregational task. There are new songs and hymns being written that are excellent for a congregation, but you won’t usually hear them on Christian radio.

Stop the Hillsongization of congregational singing. (Thanks to Michael Raiter for the excellent description.) Musical leadership in most contemporary settings is basically a cover band making an attempt to recreate a commercial “worship” recording. The quality, therefore, of each congregation’s “worship” is directly determined by how good their cover band is. We’re left with churches that pretty much all want to sound the same singing mostly the same songs. And cover bands are not usually very adept at drawing the song out of a congregation.

I’ve even heard this sad story from my friends in the a cappella tradition. I don’t necessarily agree with their theological basis for not using instruments, but the effects are wonderful. Generations have grown up learning to sing, and learning to sing well, read music, and worship in song with confident singing and rich harmonies that is entirely vocally led. But even these denominations and groups are debating whether to bring instruments into their singing, you know, guitars, percussion, that sort of thing. Unfortunately, if they keep it up, they’ll eventually find themselves like everyone else, with their cover band in front of a tentative, muted congregation.

Recognize that singing is, in and of itself, a sacred duty. Singing is important. Not just hearing the music playing, not just being taken emotionally to a place where we enjoy cuddle time in the lap of our nice daddy-god, but the actual act of singing. Most of us believe and our churches confirm the ridiculous notion that worship is the musical part of the service. And since most of us aren’t singing with any intentionality or seriousness, the really worshipful part is letting the music that other people are do create these happy, positive, weighty, Jesusy feelings inside of us.  Yes, we’ve decided that music’s job in worship is to lead us into the presence of God. If we want our churches to keep singing, and for that matter, to keep worshiping through song, we’ve got to put this idea to rest.

We may not be able to turn the tide in the rest of our culture, but with intentionality over the next generations, we can change the culture of singing in the church. This is not a non-essential. This is important stuff. If the ancient principal of lex orandi, lex credendi is true, if how we believe is determined by how we worship, then we must learn to sing well, just as we must learn to preach well and to pray well.

If we don’t, we may just stop singing altogether. And our faith will be all the poorer for it. 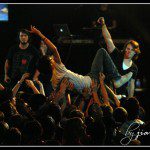 June 1, 2016
Evangelical Worship Has Already Crashed, So Let's Clean Up the Mess
Next Post

June 27, 2016 Which One of These Churches Really Loves Kids?
Recent Comments
0 | Leave a Comment
"The less music you blast them with, the more people will sing. Some organists forget ..."
James Van Damme Why Singing Hymns the Traditional Way ..."
"Also, perhaps “Come, Thou Almighty King.”"
Jonathan Hymn of the Day: Christ for ..."
"Another one where I know the tune, but associate it with different words: in this ..."
Mo Fin Hymn of the Day: Christ for ..."
"It's not exactly often sung in Britain either - probably only by people like me ..."
Mo Fin Hymn of the Day: Thy Strong ..."
Browse Our Archives
Related posts from Ponder Anew

Evangelical
Hymn of the Day: I Heard the Voice...
Ponder Anew