Evangelical Worship Has Already Crashed, So Let’s Clean Up the Mess 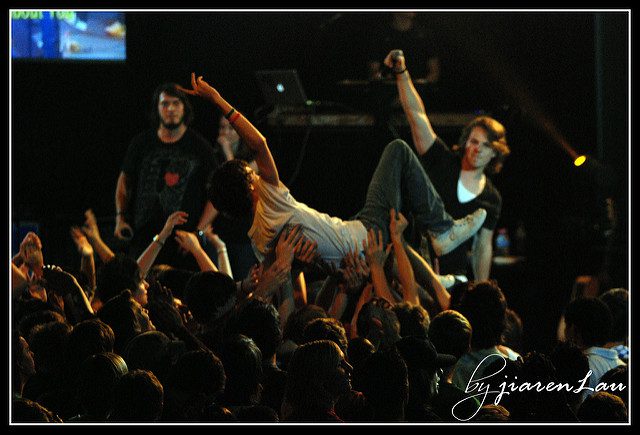 In a recent Church Leaders article, Jamie Brown fretted about the state of evangelical worship. He fears the “performancism” found in the modern worship culture will ultimately lead to a crash.

I actually agree with him on a number of his points, but the sad reality is that his greatest fears have come true.

Evangelical worship has crashed, and performancism is at fault.

Don’t believe me? Check out a few clips from some of the largest evangelical churches and networks.

Performance worship is now the norm. I fear this is the case with practically all evangelical megachurches and their emulating congregations, which now includes a growing number of desperate mainline congregations, as well. We also see it in the hip, edgy, urban emergent congregations that tout their return to liturgy, but still find themselves enslaved to commercial entertainment forms. Yes, performance worship has killed worship, and it’s done it in several key ways.

At the heart of these changes is a focus on customer service. We want to offer a performance product that will rival anything offered by mainstream commercial entertainment so that they will choose to park their butts in our seats.

Congregations built on entertainment, provided by a combination of rock musicians and celebrity pastors, to be blunt, are more orgasmic than organic. The slavish, masturbatory pursuit of the feeling itself inevitably leads to the worship of something other than Christ. It rejects the Christian story in favor of our own. It rejects true human connection in God’s church and replaces it with introspective preoccupation. It ends with the narcissistic worship of self. It can deliver a spark, yes, and it may get butts in the seats, but in the end, it leaves us wanting. The excitement over the bright shiny objects that attract masses today will eventually wane, and the church will have to offer something brighter and shinier to hold out hope for the future.

Oh, and when we’re successful at selling our worship product, we call that “evangelism.”

Performance worship substitutes music for worship. Music is the sacrament of the performance worship culture. Instead of gathering to tell the Christian story – our story – we gather to “worship” (sing along with a musical performance) and hear a sermon. We talk about “worship bands” and “worship leaders” and “worship time” before the speaker comes to deliver the message, we have lost sight of what constitutes an act of worship. Corporate prayer, creeds, confessions, have no place. No more gathering, proclaiming, thanksgiving, and sending out. Just music, sermon, more music.

Though the megachurches continue to grow at the expense of the local congregations, the cracks are showing. Worship attendance is declinining and not just among the oft-maligned mainline traditions. Older generations are (to put it mildly) aging out. Younger generations are growing up with no cultural/social use for the church. And what’s worse, they can sense the emptiness of the marketing scheme; the targeted attempts of performance worship culture to attract young people are offensive, and will continue to lose their effectiveness. 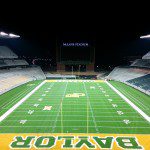 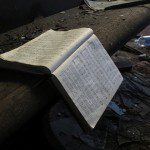 June 6, 2016 Why WOULD Anyone Sing in Church These Days?
Recent Comments
0 | Leave a Comment
"Isn't it odd that no one recorded the date of Jesus' birth? As I'm sure ..."
Gary M 6 Reasons Not to Cancel Church ..."
"Yep. I went through most of my hymnals looking for citations, including the more recently ..."
Mike Stidham Pop Music Doesn’t Belong in the ..."
"As a health professional, the sheer decibel level is damaging; as a thinking person the ..."
Susan Massey Pop Music Doesn’t Belong in the ..."
"My priest is equally tired of this platitude, and he has wisely countered it by ..."
Paul T All Are Welcome, But To What ..."
Browse Our Archives
Related posts from Ponder Anew