Dear Southern Baptists: An Open Letter from a Wayward Son 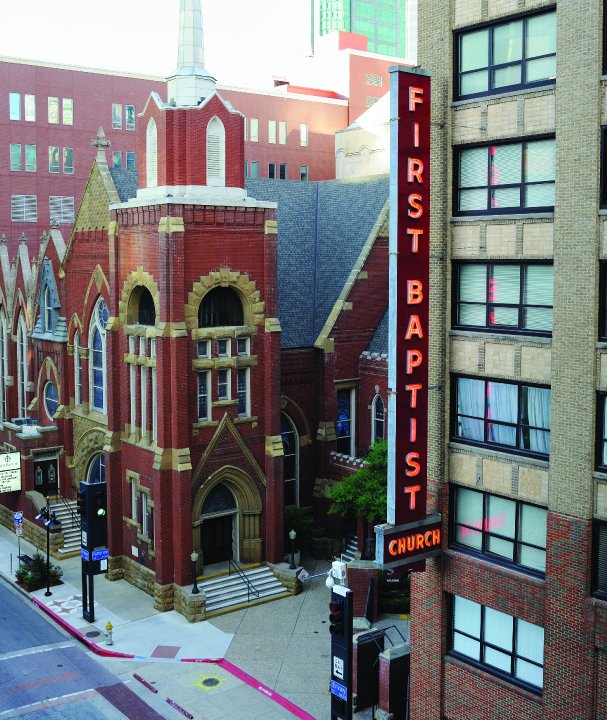 I hear you’re worried about this whole decline thing, and I thought you might like to hear about it from someone who’s already left.

I don’t really blame you for being concerned. Most of the kids I grew up with have left you, too. For a long time now, you’ve looked down the street at your Episcopalian and Methodist and Lutheran and Presbyterian neighbors. It’s obvious that they have more available Sunday parking than they used to, and let’s be honest, that’s left you feeling pretty good about yourself.

But now you’re seeing the same thing happen. Slowly, surely. In another generation, it will be obvious to everyone else.

I left because there just wasn’t any room for me anymore. But in a lot of ways, I am one of you. As much as I’ve fought it and tried to distance myself, you’re in my DNA.

I speak the language. I know your stories.

I know you never sing the third stanza in a hymn. Even if it’s important plot material, you just pretend like it’s not there.

I know you have to bring a covered dish to heaven with you.

I know the significance of “Selected Individual” in your bulletin.

I know what RAs, GAs, WMU, and BGCT all stand for.

I still remember getting excited about singing hymn number 475, and shouting out “Oh VIC-tory!

I know the reason you should always take two Baptists fishing, instead of one.

I know to be leery of sex, lest it lead to dancing.

I know the promised land is in Nashville, Tennessee.

I also know some of the sordid details. I know about your trouble with race relations, and the hatred admitted by some of your most prominent figures in alarmingly recent times.

And don’t forget about the Paul Pressler and Paige Patterson plan; the dirty pool that ushered in an ugly era of public division and scandal. The shaming, silencing, power struggles, and blatant anti-intellectualism that followed is something no denomination, especially the world’s largest Protestant denomination, should be known for.

There is really no foolproof, surefire, can’t miss solution to your numbers anxiety. Cultural Christianity is in decline, and there’s not much we can do about that. But let me tell you what might have worked for me, and some of those friends of mine whose absence has left you feeling diminished, reactive, and scared.

It seems like, in locking Russell Dilday out of his office, you also locked the life of the mind out of your pulpits and your seminaries.

The personalized, custom-fit, Jesus-can-heal-you-wherever-you-hurt kind of thing handed down to us has left us parched. Your younger worshipers are looking for something deeper, a faith with roots. The church I grew up with had a tidy, pious, jesusy cliche for all of life’s problems. Younger generations have a visceral reaction to that kind of shallowness. The black-and-white answers just don’t work. We’ve seen too much of the ugliness around us to be pacified by “God is good, all the time!” and “If he brings you to it, he will bring you through it!” and “The Bible says it, I believe it, and that settles it!”

I believe God is good, but those are cop-outs. It’s time to stop pacifying, and start grappling. Wrestle with what it means to be a Christian in the 21st century. Use the Bible to begin conversations, instead of ending them.

Contemporary worship hasn’t worked. The longer we extend the life of this failed experiment, the more we see the results. Oh, it may get butts in the seats, but that doesn’t mean it gets Jesus into hearts, to borrow Baptist parlance. Being Baptist has come to mean being entertained on Sundays, and the act is starting to wear thin. I’m not expecting the highest of high liturgy here. I’m not expecting there to be a Southern Baptist Book of Worship hitting the Lifeway presses anytime soon. But the entertainment worship will never win butts or hearts in the end. It will always lose, because television and the music industry and professional sports will always be better at entertaining than you are.

That’s where the beauty of the historic Christian liturgy comes in. Week after week, season after season, year after year, we participate as new covenant people in the drama of God’s story. Your story!

No, it might not be the same kind of draw, but that’s not the point.

As you were giving us weekly performance worship, with lots of entertaining relevance, you made yourself irrelevant.

Distance yourself from the celebrity pastors.

The personalities have hijacked your mission. There are good things happening in many of your churches, but we don’t hear about those.

We hear about the loose cannon pastor on the front lines of the culture war in Dallas, with his crusades against Muslims and Catholics and gays and women pastors and especially those vile offenders who say “Happy Holidays” in December.

We hear about the snappy-dressing pastor [son of a Baptist bishop in Houston – come on, if you’re pastor over 5 campuses and 63,000 members, you’re a bishop] who likes to preach about sex, likes to give sex advice, and promotes his own book on wild, “biblical” sexuality by spending 24 hours in bed with his wife on his church’s roof.

And we hear about the pastor of the denomination’s 5th largest congregation, a former SBC president, who has yet to answer for protecting a staff member who molested children decades ago. The abuser was allowed to leave quietly, and for decades kept abusing children wherever he went.

This kind of stuff makes us want to puke. It’s toxic. And I’ve got to remind you that falling prostrate at the feet of these demigods goes against your beliefs in soul liberty and the priesthood of the believer, anyway. Those aren’t just nice ideas, my Baptist friends, those are your responsibilities. You don’t need a megachurch celebrity pastor to show you the way.

Bad exegesis has stamped out the Holy Spirit’s calling on the lives of countless women and girls. The reality is that God calls women along with men into all areas of pastoral leadership. Most denominations have realized this for many decades now, yet the SBC still preaches an unbiblical, outdated, “separate but equal” restrictiveness that reduces women to “less than,” “not quite,” and “almost.”

My brothers and sisters, there is a grievous, dehumanizing error in telling women, “You can’t be pastors or deacons, but just look at all the things that you can do! You just can’t preach or be in leadership!”

It’s too late to save face. In a few short years, you will be embarrassed by this, just like you’re embarrassed now for your former posture on racism and civil rights. Now is the time to admit the injustice, repent, and to make it right.

Jimmy Carter warned you about this years ago, but the younger generation is going to have no patience for a denomination that won’t support the equality of 51% of its members.

Stop counting your professions of faith.

Stop reporting them in the bulletin. Stop fretting over them in your all-too-frequent business meetings. If it hasn’t yet, it will become an obsession, the end goal. And really, who gives a crap, anyway? That’s not what we’re called to do. We’re called to make disciples, to make it more on earth as it is in heaven. So do those things with all your heart. When you continue shrinking, and it’s just going to happen, you won’t have given up your identity just to inflate the rolls.

You’re divided by politics, both internal and external.

You’re drained by the demands of putting on a performance show.

You’re defiled by the good ol’ boy network that you’ve put in charge.

The war is over.

Something’s got to give.

I’ll be honest. I’m not coming back. I still love God’s church with all my heart. Its service is my personal and professional calling, but I’ll be following that calling elsewhere. Not that you’d welcome back one of those baby-baptizing, woman-ordaining, liturgically-worshiping heathens…

But there is much good work in front of you to do, my Baptist friends, and only you can do it. So don’t worry so much about the numbers, and recover your mission.

Remember who you are. 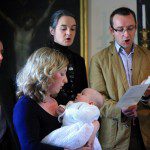 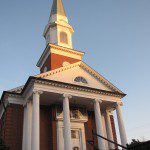 October 27, 2016 Thank God For a Different Kind of Baptist
Recent Comments
0 | Leave a Comment
Browse Our Archives
get the latest from
Ponder Anew
Sign up for our newsletter
POPULAR AT PATHEOS Evangelical
1

Church Should Be Your Excuse for...
The Chorus In The Chaos
Related posts from Ponder Anew

Once More Into The Breach Podcast and Links
It is an excessively gray day here in the North East, and...
view all Evangelical blogs
What Are Your Thoughts?leave a comment
Copyright 2008-2021, Patheos. All rights reserved.