Andy Stanley’s Apology, and Some Mega-questions for the Megachurch 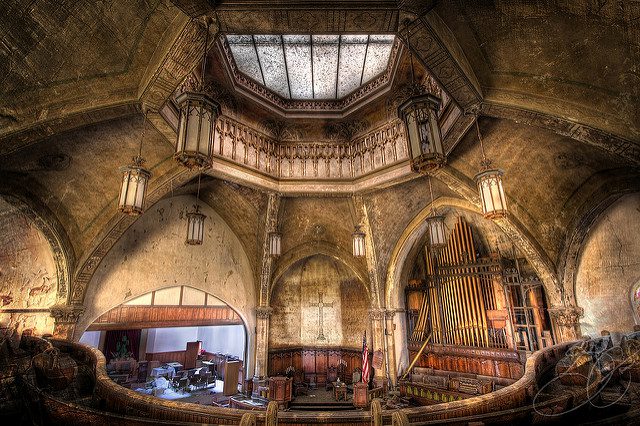 Almost immediately after I published my last post on Andy Stanley’s unfortunate choice of words in a recent sermon, comments and messages came pouring in, informing me that he apologized, and that we should all just forgive him.

So, he apologized. Good. But his apology does nothing beyond admitting his rant was offensive and insensitive. For that insensitivity, we should be willing to forgive him, yes. But there’s a deeper problem, a greater offense. The issue isn’t that he painted with a broad brush, but that he’s unabashedly committed to the superiority of the megachurch model. That’s the really, really bad thing.

I can already hear the comments coming in. “What’s so wrong with a big church?” Nothing, not necessarily. The problem doesn’t lie in the size of the church as much as the methods the biggest of the big (like North Point) become so freaking huge.

To borrow some common megachurch jargon, he’s got to “go deeper.” I would challenge Andy and other megachurch pastors like him to take a look at what they perceive as ecclesiological success to ask themselves a few tough questions.

Are we running a business and calling it a church? Have we made numerical growth the ultimate indicator of success. I don’t believe there is a perfect size of church. As I said before, I’ve spent the last 16 years of my life in churches that have ranged from very small to relatively large. But as Stanley let slip in his comments, the modern megachurch is a different animal. It’s not just a large church, but is seemingly a church with a bit of a complex. It finds its value in being “mega.” It’s set up to be a business, and it’s willing to reinvent itself in order to be successful. So, the Pastor must abdicate his ordained role of shepherd and assume a place at the top of the hierarchical scheme

Are we connected to the historical church? A better question might be, “Do we preach the Word and administer the Sacraments?” Look at the biggest churches on this list. How many of them feature robustly biblical and theological preaching? Seriously, most of them have sermons on their websites. Listen to a few of them. You’ll find topical sermon series, self-help messages, three-points-and-a-take-home group counseling sessions. Little bits of Holy Scripture preached. But there’s simply not much gospel there. Even those that use more God-speak and religious jargon, well, there’s not a whole lot of grappling, wrestling, 1st-century-eyes-and-21st-century-questions kind of preaching. What would happen to those numbers if that changed? Would they remain the same? We have to wonder. And sacraments? Andy Stanley, meet Robert Webber.

Are we sacrificing a healthy liturgical theology by commercializing worship? On the surface, it seems that worship is rarely informed by the theology and history of the Christian tradition; instead, it’s driven by popular entertainment forms, at the expense of most traditional elements of liturgy. If there is a vaguely liturgical option, it’s marketed as preference, not the necessity for worship to be the work of the people. The advertisements generally read like a list of cable TV packages. “Don’t like the band? Desire more traditional music? Prefer a little more structure to your worship experience? We’ve got just the option for you.” That’s not liturgy in a real sense, because it’s molded to fit our story, rather than God’s.

Have we made worship too easy? We need to expect worshipers to participate, to work, to follow their script, to sit (reasonably) still for a little while, to say the words and sing the notes with discipline and resolve. Even 17th-century hymns. Even tough biblical language. Even communal prayers that have tough words, like “slavery,” “resurrection,” and “covenant.” The megachurch model says, “But then they won’t come!!” Maybe not, but we don’t really have a choice. It’s a matter of ethics, of identity, of mission. If we continue to make worship easy, we’ll be too weak to be the church we need to be in the world. Again, we need liturgy, not entertainment and one-way jesusy conversations.

Have we failed to preach salvation beyond the personal faith commitment? The salvation found in the gospel of Christ is not fully found in the classic evangelistic invitation, the “moment of decision,” or the sinner’s prayer, not because it’s entirely wrong, but because it’s woefully incomplete. Salvation is a cosmic idea, way bigger than you and me, and its message is that God through God’s mighty acts in Jesus Christ will make everything right in the end. The call for us, then, isn’t to pray a prayer and one day join a happy angel band in the sky, but to say yes to joining God’s work of love in our lives and in the rest of the cosmos, making it more on earth as it is in heaven, until all is made right in the glorious day of resurrection. That’s why the liturgical pattern is so important, as it invites our participation into this story week after week, year after year. That’s why we need to be about social justice and Christian ethics, not just personal morality.

Are we building silos, or fostering an intergenerational fellowship? Just take a look at North Point’s Sunday schedule.

Should we stop calling ourselves “seeker sensitive?” It’s interesting to me that most of the comments I’ve received in defense of the megachurch have all been from people who had been involved in other churches, not the seekers these churches swear they’re trying to reach. I’ve seen this in every megachurch I’ve ever been a part of. As a recent comment said, “What we win people with, we win them to.” The megachurch has certainly succeeded in winning a lot of churchgoing people to itself. Sure, some folks came that were previously unchurched. It’s been in every regular church that I’ve been a part of, too, both mainline and evangelical. Can’t we just stop with the “seeker sensitive” business and finally admit that the non-seekers are really the ones reached by the megachurch model?

Besides, if we were truly seeker sensitive, we wouldn’t rely on the holy bait-and-switch. We would simply be the church. You know, that place where the Word is preached and the Sacraments administered. We would be a refuge for the weary, a sacred Sunday asylum. Instead, we’ve tried to dazzle everyone in Jesus’ name. And the time is coming when it will take something brighter, shinier, and more over-stimulating to keep those butts in our seats.

Have we let ourselves become celebrities? The fact that anyone really paid attention to Stanley’s remarks would indicate that it’s already happened. As a recent article highlighted, megachurches make up 1% of North American churches, so why are we all turning to their pastors as authorities on ministry? Why do we think Andy Stanley or Rick Warren or Bill Hybels can teach us any more than the average small church pastor about ministry? Of course, as tends to be the case with celebrities, they often fall, and fall hard. Just look at the recent spectacle from Mars Hill Seattle, and their former pastor. But even if they never sabotage themselves like Driscoll, pastors are called to be shepherds, not celebrities, not CEOs. Can these Senior Pastors still claim that title?

I don’t think Andy Stanley’s a bad guy. I think a lot of these men are genuinely trying to do the right thing. I don’t think they’re all slimy, money-grubbing, fame-seekers. But their model is broken. It was broken thirty years ago, and it’s still broken today. It can get butts in the seats, but can it grow a healthy church?

If the answer to any of these is “yes,” it’s time for more apologies, and not just from Andy, but from the rest of us, as well.

It’s time to get rid of the marketing strategy.

It’s time to quit catering to the numbed appetites of the masses.

It’s time to worship as if our lives depended on it.

It’s time to free ourselves from the world’s fallen success indicators.

And though our steeples may fall and our spires crumble, our call must still go out: Come, and find rest.

It’s time to be the church. 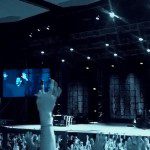 March 3, 2016
Don't Take Your Kids to a Megachurch: An Open Letter to Andy Stanley
Next Post 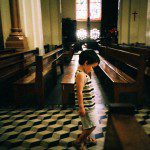 March 13, 2016 Killing the Church with Sunday School
Recent Comments
0 | Leave a Comment
"Very nice article and tribute, thank you."
M_Hawke His Name Was Jon Daker, and ..."
"Isn't it odd that no one recorded the date of Jesus' birth? As I'm sure ..."
Gary M 6 Reasons Not to Cancel Church ..."
"Yep. I went through most of my hymnals looking for citations, including the more recently ..."
Mike Stidham Pop Music Doesn’t Belong in the ..."
"As a health professional, the sheer decibel level is damaging; as a thinking person the ..."
Susan Massey Pop Music Doesn’t Belong in the ..."
Browse Our Archives
Related posts from Ponder Anew