What Non-Americans Think of Patriotic “Worship” 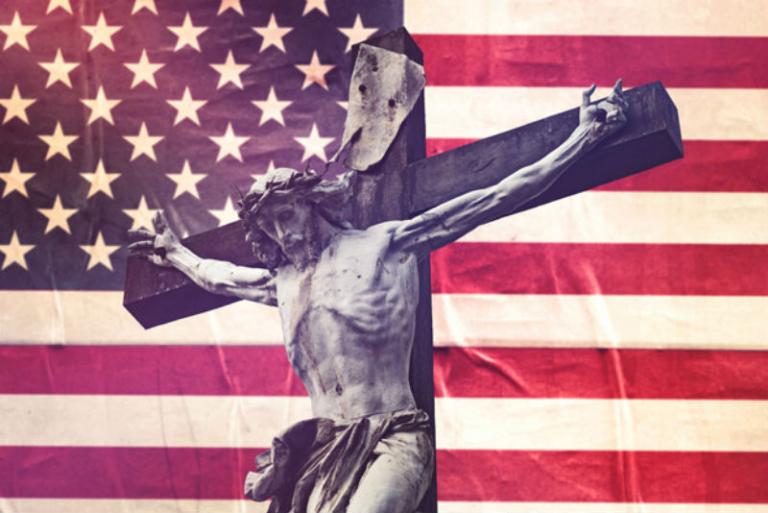 Last week’s post on the problem of patriotic worship, using the egregious display by First Baptist Dallas, has brought about a predictable amount of vitriol from Americans. Here’s what a few of them had to say:

“your position on this is showing what a true IDIOT you are and further how you must NOT be a member of any conservative Southern Baptist or any other denominational church. I would run to be on the front row of and worship service like this that Celebrates our God and Country and the Christian principles our country was founded on. The younger/next generation need to know and be taught to remember the price that was paid by these servicemen for their freedoms.” – Jim Van Metre

“My first thought after I read the post was the nasty tone you used in criticizing the pastor and the minister of music, my second thought was, gee, you must be the least patriotic”theologian” I have ever read, my third thought, after having read many of the responses was, well, no wonder patriotism is an an all time low in this country if so many supposed church music leaders were as ugly with their responses as they were! There were many such programs last weekend and there will be many more this weekend, so keep your barf bag handy. There will be program like this at my church! You are not invited!” – Larry Stuart

“So they had a patriotic service. Calling it worship shows your stupidity” – Mark Buzard

“To attack this church is crazy! They are worshipping the God of this country! He is the one who made it great and will keep it great!” – Danny Von Kanel

“Your article is totally agenda driven and

Horribly biased. We have a patriotic
Service EVERY year and since July 4 is,on
Tuesday, we had it Sunday!!!
You are also a racist!! Leo Day is a
Member of our church and sings solos
Regularly with us!! And oh my how
“Spiritual” of you to denegrate his beautuful singing
Of “Give me Jesus”!! And how unenlightened of you to not get the
POINT of the service–that Jesus gives
Us our liberty!!” – Marilyn Terrill

Since much of the American perspective was so, well, lacking in nuance, I thought it would be interesting to ask the following of non-Americans:

A question for people of the Christian faith who are not from or do not live in the United States:

What would you think if you were to attend a patriotic worship ‘service’ that looked like the one in this video?

Here are some of the responses:

“In Australia where I live, we don’t worship our country in church we worship God and preach from the Bible. There are services of remembrance for fallen soldiers and such but only in passing not concentrated on as it seems has been done in America.” – Colin Tarrant

“Thank God that in Canada we don’t worship the country in church. You would never see such shameless flag waving here. Fewer churches even display the Canadian flag. This isn’t worship, it is spectacle and showmanship! One is more likely to hear a good sermon critiquing the government of the day if it is not living up to creating policies for the common good of the nation. Prayers might also be offered for the Prime Minister, the leaders of the country, HRH Queen Elizabeth and the church Catholic (not the Catholic Church). I hope we never get to the point of worshipping the country as is done in this video.” – Patricia Presswell Strung

“I’m not a U.S. Citizen nor do I live in the USA, so I didn’t view this from a perspective of nationalism or patriotism. What struck me however that this was not the worship of God. It was the worship of the USA the worship of “Old Glory.” I would say it’s sailing pretty close to idolatry.” – Ian Kirby-Smith

“I see lots of patriotism and not a lot of Faith based content – unless of course “americanism” is the denomination. In my church in Canada we tend not to have such demonstrations of patriotism – even on July 1st (Canada day). We sing our anthem and God Save the Queen on Rememberance Sunday however – but they are part of the act of Rememberance.” – Jane Kennedy

“Growing up in the US, and spending most of my adult life (and all my ordained ministry) in Australia, I find that one of the best things about Australian churches is that ministers/priests/pastors are not under any pressure from their laity to include a lot of patriotic material in the worship service a few times a year.” – Bob Faser

“I grew up in Ireland – it’s repulsive. Even seeing the American flag will deter me from a particular church – there are enough divisions without adding to them unnecessarily.” – Benjamin Danielewski

“As a non-US-person who has close and frequent ties to the USA the confusion between patriotism and faith is still confounding after many many years. A Sunday July 4th service in a Presbyterian church in Colorado that started with a projection of a fighter-bomber flyover is probably the most enigmatic and confusing experience I’ve had. Bombers. In church? Really? OK you’re just down the road from the Air Force Academy, but still.” – Colyn Roberts

“(An American in Canada with dual citizenship who was raised in Saudi Arabia blessed with a multicultural childhood) Personally … from my perspective of worship in a small Baptist Church … we always pray for those in leadership positions in gov’t for Christianity to permeate as per the Great Commission. I could see an appropriate patriotic selection that is also scriptural as what we would refer to as as “Special” song to be sung during the offering … or perhaps if the congregation wishes – a special separate service with a message on our roles as Christians with a secular gov’t. But as the sole focus on a Sunday morning … personally, I would find it a bit over the top. Glorifying God is our purpose as we gather as the body of Christ.” – Carrie Mae Garber

“When you live out of the US for 20 years you begin to see how patriotism has replaced true worship.” – Linda Watt

“The only time in my Anglican Church (in London U.K.) that we sing the National Anthem is on Remembrance Sunday in November (our Veterans Day) it is very rarely sung in a church service unless Royalty is in attendance. Most other ‘patriotic’ songs are not sung normally. Main exception being William Blake’s ‘Jerusalem (And did those feet).” – Duncan McGill

“I’d say it was pure and utter idolatry. The closest we get to that in the UK is Remembrance Sunday, which I’m not particularly fond of for similar reasons.” – Andrew Rolph

“New Zealander here. This would be unrecognizable as a Christian service here. Absolutely a patriotic rally (we don’t have those either). I couldn’t sit through 5 minutes of it except by thinking like an anthropologist.” – Marnie Barrell

“I loathe the whole thing, and I believe the church should have no part in it beyond seeking forgiveness for humanity’s ability to kill and maim itself in the name of national pride. I firmly believe that God is not partisan; we are all his children, and no nation is more special than any other. I believe it is right for us to pray that those who govern us may do so wisely, but beyond that, I don’t believe in ‘God Bless [insert country here]’.

As I always say, the reason war happens is because humans sin – through greed, through pride, through selfishness. War is entirely a product of human failure. Now, occasionally – just occasionally – nations need to take up arms to prevent injustice and cruelty perpetrated by others. We call this ‘necessary evil’. We justify it with this comforting title. And, alas, all too easily, we forget that it IS evil, seeing only its necessity. Which is why I believe that, although temporal authority may persuade us that taking up arms is *necessary*, it must ALWAYS be the church’s duty to remind us that it is *evil*. Christ was absolutely unequivocal on this point, and there’s no getting round it. Once the church starts accepting the ‘necessary’ in ‘necessary evil’, then I believe it has failed in its duty.

Edith Cavell had it precisely: ‘Patriotism is not enough. I must have no hatred or bitterness towards anyone'” – Barry Creasy

I have to tell you, folks, it’s not always clear if the American evangelical church thinks of itself first as American or Christian. Think about these answers as you worship tomorrow. Pray about it, too, that if necessary you would be convicted of this distinctly American sin. 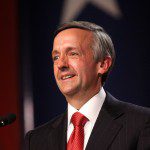 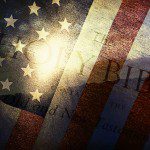