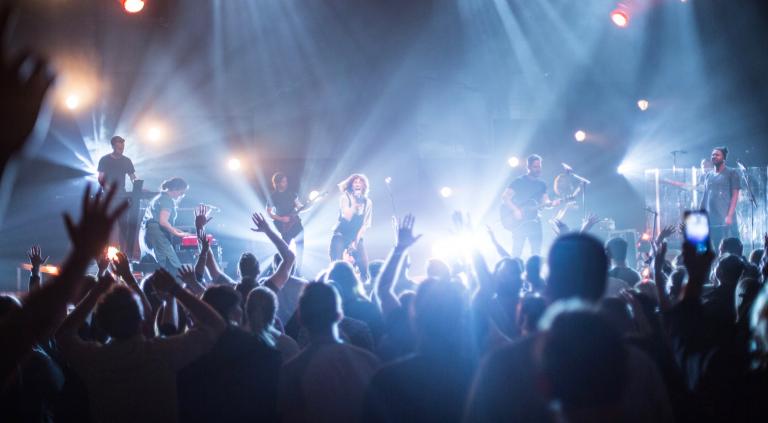 I recently read an online article entitled, “Where Next for Contemporary Worship?”

It was actually an interesting read, but the title left me with one inescapable thought.

It’s already dying a slow death, of course, along with the boomer generation that created and sustained it. But it’s happening waaay too slow.

(Lest I get the usual email bag full of silly “All worship was contemporary once, Jonathan!” replies, let me insert this disclaimer:

By contemporary, I don’t mean anything that is chronologically new. May we always be a creative people who strive to offer the best of that creativity in the liturgical drama. By contemporary, I mean the ad hoc, seeker-sensitive, commercialized, megachurch pattern of pop music and pointless preaching that has invaded the landscape of American Christianity.)

It is up to us, God’s church. We have fooled around with commercial worship long enough. We’ve even given away our worship to an industry that doesn’t care about us. We’ve worshiped supposedly “Christian” pop idols as we’ve worshiped their mainstream counterparts. With our bands and our teams and our electronic amplification we’ve made worship into a spectacle, a show we watch for an hour or so. And if we get bored of one particular show, there’s always another McCongregation in the next suburb ready to take a shot at giving us a fun time.

May we cry out a prayer of deep contrition, saying, “Holy God, forgive us for compromising our mission by turning worship into something so irreverent, so profane, so empty.”

May we return to actual, real gathered worship. Not just turning the clock back a few decades, but returning to the historical roots of Christian worship that are older than Christianity itself.

May We Return to Liturgy

Contemporary pop worship does little for us other than providing an escape, as all entertainment tries to do. It tries to give us a good time so that we’ll come back again and again. But in trying to sell unsuspecting people on such an entertaining experience, it sells them the damn lie that God is simply there to fill the space and possibly improve whatever facet of their lives is perceived to be lacking. And it pushes the sublime even further away, even for those who would be true followers of Christ.

May We Return to Ritual

You might have seen the viral video a while back about the elementary teacher who greets his students every morning with a custom handshake. That’s not just one teacher’s idea. The field of education has rediscovered the usefulness of ritual and patterns to anchor young minds in the task of learning. Schools have begun implementing all sorts of rituals – songs, chants, routines, conversations, gatherings – into a didactic liturgy that fosters community in a diverse institution.

People of God, the harsh truth is that we are frail and fickle. Prone to wander, as one hymn-writer put it. Everyone to his or her own way. The nearness of Christ’s kingdom is pushed out of our minds and hearts by the frenetic pace of our culture, which grows faster all the time. That same culture has little use for ritual and symbolism, and the church has followed suit, proclaiming the ritual it once held dear to be meaningless, rote, and empty. But the more transcendent the reality, the more essential rituals are in anchoring our minds to that reality. Thus, in historic Christian worship, we perform such actions as bowing, kneeling, praying in unison, singing hymns, reciting creeds. Bottom line: ritual must find a home in our worship once again.

May We Return to Word and Sacrament

Church, this is where Christ meets his gathered people. It’s interesting to me how the evangelicals who claim to hold the Bible in such high esteem seem to value it so little in worship. The evangelical churches I’ve attended or served might read a little bit of Holy Scripture in the course of a long sermon. Often, the preacher will give little snippets as proof-texts. Others exposit a little bit at a time. But historically Holy Scripture has found a much more prominent place in Christian worship, and its ceremonious, reverent proclamation received with fervent expectation.

The Eucharist is the natural culmination of Christian worship. Without it, the liturgy is frustrated. Contemporary worship rarely understands this, instead offering commercial pop music as a pseudo-sacrament that makes Christ feel close. But Jesus himself has promised to be present in the Eucharist. I refuse to fight scientific, anachronistic reformation battles over the terminology used to describe Christ’s presence. Instead, I find it sufficient to explain it as the early church did: Real Presence. Holy Communion is the antidote to the ugliness of the fallen world, including the blatant emotional manipulation of contemporary worship. It sets the body of Christ like a burning coal on our lips and in our stomachs, we are fractured and poured out for the world around us.

The very idea of contemporary worship is foolish. All worship is ancient, because it joins us with the communion of saints. All worship is eschatological, because it looks ahead to the second Advent of Christ. There is nothing that denies the reality of the gospel more than worship that is supposed to be cool in the here and now. Such an attitude is starving the church, leaving us empty and wandering off in search of something else.

It’s not enough to just wait and see if it dies off completely on its own.

I want to pull the plug.

I want to preach the funeral homily.

I want to drop the first shovel of dirt on its coffin.

I want to see it die before I die.

I want to leave my children with something much, much better. 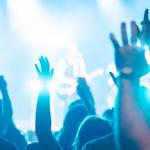 January 3, 2019
Worship Myth: Worship Must Be Spontaneous
Next Post 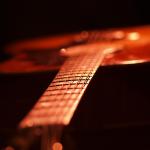 January 9, 2019 6 Strings and the Voice of the Faithful: The Problem of Guitars in Church
Recent Comments
0 | Leave a Comment
Browse Our Archives
Related posts from Ponder Anew

Evangelical
Hymn of the Day: Lord, Speak to Me...
Ponder Anew

Evangelical
Hymn of the Day: When Morning Gilds the...
Ponder Anew

Evangelical
Hymn of the Day: Christ Is the World's...
Ponder Anew
TRENDING AT PATHEOS Evangelical