How Do You Solve a Problem Like Pop-Worship Apologetics?

How Do You Solve a Problem Like Pop-Worship Apologetics? June 6, 2020 Jonathan Aigner 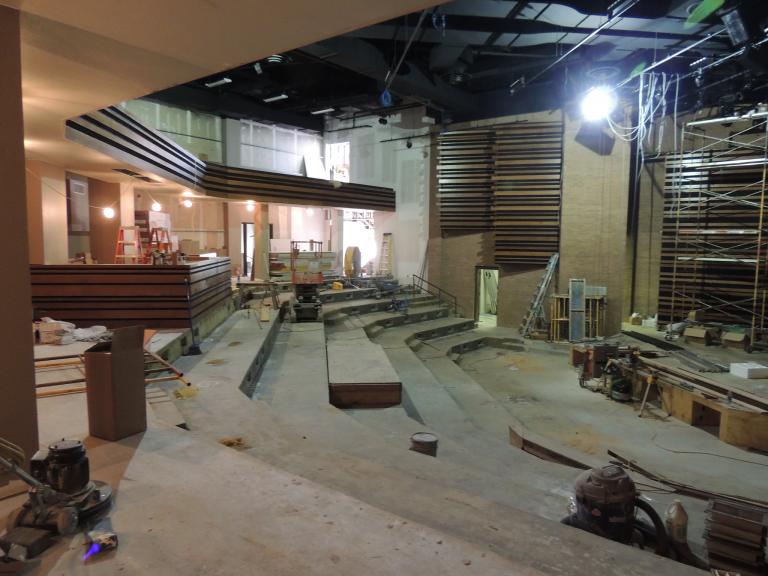 Here is a series of comments I received on my Facebook page this morning, along with my responses. It’s a perfect example of what it’s like to try and counter mistaken pop-worship beliefs about the role and function of liturgy in the Christian life.

Ama: Instead of trying to belittle those who don’t worship like you, why don’t you express the simple message of salvation? Jesus did to that THIEF on the CROSS next to him. HE TOLD that dirty low down sinner that he would be with HIM in heaven. WOW. Whosoever calls on the Name of the LORD shall be saved. Make a joyful noise unto the LORD…

Jonathan: That’s not the point. I am not belittling anyone, and I’m not asking everyone to worship like me. Lex orandi, lex credendi. Worship is not supposed to be a free for all, but a disciplined activity in which God’s people are strengthened through Word and Sacrament so that they can be more like the church we are called to be.

I also want to commend you for your description of the salvific acts of God in Jesus Christ. Those are beautifully proclaimed and recalled each week in liturgical worship, and have largely been divorced from evangelical pop-worship. The reason I can say this with certainty is because I grew up in a preferentially-based pop-worshiping megachurch, and had to search out the true meaning and function of corporate worship through many years of study and prayer. I don’t know everything, certainly. I’m still learning. But the difference is staggering.

Ama: Some people are spontaneous. Worship is SUPPOSED to come from the heart. Anything else is PHARISEE worship. Your mention of the Word and Sacrament is another way. I worship, from my heart, all day long. He is constantly on my lips. I may break out in a song and clap my hands in private … I may hang my head and weep, I read the WORD every day and have hidden it in my heart and it keeps me from sin. Those that gather in a large worship group to sing of his love are just as precious to God and He receives their worship just like he receives mine.

Jonathan: You have actually highlighted an important distinction that needs to be made. What you are describing are personal acts of devotion that can be called “worship” under a much larger umbrella. Those things are important. Private prayer, work, acts of service, those are all acts of worship. But that is different than the specific corporate act of worship. That is not primarily a personal thing, but a communal one, and has been thus for the entire history of the church. The historic liturgy has been passed down from the time of the Acts of the Apostles, and honestly, are rooted in the worship of ancient Israel. The liturgy is how the church worships corporately, whether it’s called the Mass, the Divine Service, liturgy, worship, or anything else. The idea that the weekly corporate event is up to personal interpretation is a completely new concept, arising maybe a century ago, and developed by the Baby Boom generation and the subsequent so-called “modern worship movement.” Its roots are is charismatic theology, which is an aberration. However you personally are called to worship in personal acts of devotion is not for me to say. But the question is not whether God accepts a preferentially-based expression in the midst of the corporate gathering, but what the actual theological function of that time is. It is not for my own personal expression; rather, it is for the entire congregation of God. I highly recommend a few books on the subject. First would be Simon Chan’s Liturgical Theology. I don’t agree with him on every point, but he very clearly makes the distinction between the ad hoc sorts of “orders of worship” promulgated by the contemporary pop-worship church, and the historic liturgy, which is the way the church is called to worship, and how it has always worshiped.

Ama: ???? Jesus wore SANDALS and walked along the shores of GALILEE and then through towns and villages. He was NOT FORMAL. He was a simple man who dipped his finger in the MUD and applied it to a blind man and the blind man was HEALED. No. I appreciate your formalism. You were probably raised very conservative. I attend a very formal Presbyterian church with a member of my family from time to time. I listen to the message and judge whether the scriptural interpretations are BIBLICAL. This church happens to stay on course. I love it. Other times I enjoy a CHARISMATIC spiritual uplift. I’m just sorry because to me, it sounds like you have your faith locked in a CAN and sometimes open the lid and go through specific motions and call it worship.

Jonathan: Those are instances of Jesus’ earthly ministry, not liturgy, which in his day would have been more formal than anything you might have experienced in a Presbyterian church. They are not really germane to this particular discussion. But the weekly liturgy event is not legitimized by our enjoyment of it. The idea of liturgical worship putting God in a box, or being a Pharisaical (please don’t use this term – it is offensive to Jewish people including Messianic Jews) rigid faith expression are pat accusations brought about by boomer sensibilities. In reality, such disciplined worship and participation in the gifts of God strengthens and unlocks a life of deep faith.

Jonathan: Who said anything about pride?

Jonathan: I don’t think so. If I do, I pray to be convicted of it by the Holy Spirit. In this case, I think you are so accustomed to the idea that nobody should ever say anything that calls into question the modern worship sensibilities that it seems very foreign.

I have soooo many discussions, but online and in person, that follow this similar trajectory. It is like the pop-worshiping church speaks a completely different language of faith. Liturgy bathed in the Word and culminating in the Eucharist is necessary for the Christian journey, and without it, our language of faith will continue to diverge in this way. The understanding of worship as my own personal expressions to a daddy-god image feels impossible to circumvent and correct.

I’ve talked before about how to solve a problem like a pop-worship apologist, without coming to any real answers. The folk-discipline of pop-worship apologetics is a force to be reckoned with, and going up against it only brings accusations of pride and blasphemy.

So how should the church and we as Christians help other believers understand this when it’s like they can’t understand a word we say? I don’t have the answer, other than to keep blabbing my face off about the toxicity of pop-worship.

June 5, 2020
My Favorite Anthems by African-American Composers
Next Post