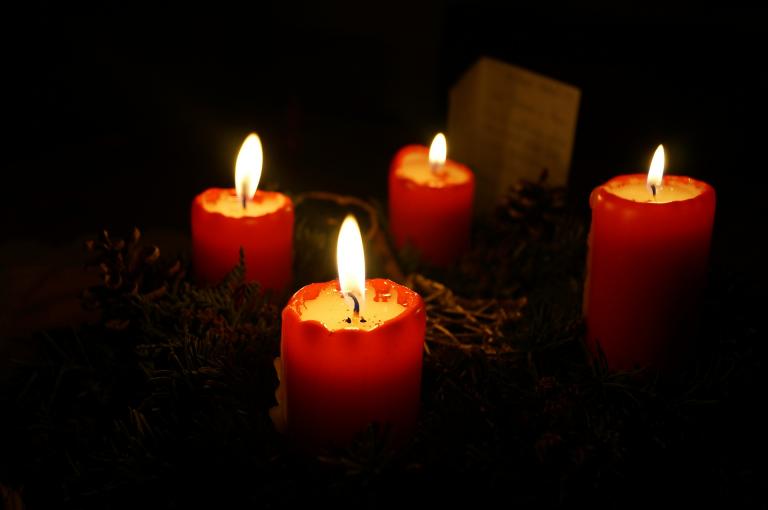 I understand the significance and love advent hymns and will even sing a few, but otherwise, pass. My congregation would throttle me if we waited until Christmas for those songs, especially this year. – a church music director, commenting on my previous post about Advent hymns

I’ve been there, too, and it’s quite difficult. But it’s your job. Even if the people who hired you don’t know it, it’s your job to help them understand why we don’t sing Christmas hymns and carols until it’s actually Christmas.

I should say, firstly, it helps immensely if your clergy or pastoral staff understands the importance of the liturgical calendar, and can help their congregation understand why Christians follow it. If you don’t have this, you will end up having to do their job for them. That’s unfortunate, but in this era when anything goes in love and liturgy, we have to pick up the slack for the seminaries.

Several years ago, I had a woman in a my previous congregation confront (“accost” might be a better word) me about this. She definitely forgot a few manners, but the gist of the conversation went like this:

“Don’t you know it’s Christmas time?!? The altar guild already put up the decorations. We’ve been listening to Christmas music in our house for weeks now, then we come to church, and we have to hear these weird hymns. I want to sing ‘The First Nowell’ and ‘Angels We Have Heard on High!’ I think we even had visitors today, and they had to sit there and listen to those boring hymns. I guess we don’t care if they ever come back.”

So, believe me, I get it. I’ve been skewered a number of times. I’ve been put on the spot in front of the choir and the congregation by Advent grinches. I’ve been insulted and maligned in adult Sunday School classes. (Ironically, children are usually quite receptive. It’s the adults who sometimes act like children.) It’s hard, it’s disheartening, but it’s your job to help people understand.

Here’s how I would respond to an Advent grinch.

I understand that you’re upset about singing Advent hymns. I know you’re ready for Christmas music, and I can relate. When I was a kid, I didn’t think it could be Christmas until we’d been listening to our Andy Williams and Bing Crosby records for a month. I remember arguing with my big sisters when they wanted to listen to their Amy Grant Christmas cassette tape in the car while we were out Christmas shopping. Truth be told, I still love hearing that music. And in the church where I grew up, we were singing Christmas music as soon as Thanksgiving was over.

But in our church, as the church has done for some 1500 years, we follow the liturgical calendar. The beauty of the Christian year is that it doesn’t hit us with the high points of the drama all at once. It prepares us. It leads us through all the steps in the story so that we can experience the hope and longing. We look in on John the Baptist crying out, “Prepare ye the way!” We feel some of Mary’s joy and anticipation. With each week, the longing and anticipation builds.

But it’s a discipline, and part of discipline is having to wait for the events to come. In this case, the discipline includes holding off on the celebration while the rest of the world, which doesn’t particularly care about the true reason for Christmas, is busy with its own frenetic energy and excessive indulgence.

Singing Christmas hymns and carols in Advent would be like a mother giving birth without making any preparations. Think of all the preparations that must be done when a baby is on the way. Clothes, toys, nursery. You have a bunch of medical appointments to make sure everything is in order for a safe delivery.

My job as a church musician is to support the liturgy that helps us get ready. For the church, singing Christmas music immediately after Thanksgiving doesn’t compute. It would be like singing “Christ the Lord Is Risen Today” or “Thine Be the Glory” immediately after Washington’s Birthday.

The funny thing is, while I can remember not being ready for Christmas until after a month of acting and singing as if it were already here, it now doesn’t seem like Christmas until we’ve sung “Lo, he comes with clouds descending,” or “Comfort, comfort, now my people,” or “Lift up your heads,” or “On Jordan’s bank the Baptist’s cry.” Until I’ve heard “Wachet auf” as a Sunday prelude. Until I’ve had a chance to pray and prepare as the characters in the story did so long ago. Just as centuries of believers have also done. And that is a real gift.

So, while I wouldn’t dare tell you what music you should be listening to in your home or car, I would ask that you would give this a try. And I pray that God would enrich your spirit through the discipline of Advent.

Oh, by the way, according to the liturgical calendar, the Christmas season isn’t over on December 26. In fact, historically, it has lasted all the way until Candlemas on February 2. So once the celebration begins, you have plenty of time to linger at the manger, singing carols to your heart’s content.

Hopefully you will find willing and receptive ears. Regardless, here are a couple pieces of advice that I can give you, having had this conversation many times, succeeding in a few, and failing miserably in others.

Many congregants are woefully uninformed and uneducated about the liturgical year and the purpose of liturgy in general. On top of that, the pop worship movement has instilled a general feeling that church music should be tailored according to the people’s tastes in pop music. You are fighting an uphill battle, and you are called upon to fight it over and over again. It’s exhausting.

I make it a point on my blog to write rather pointedly much of the time. Directness without mindless parroting of false egalitarian narratives and pleasantries is sorely needed in discussions about the state of worship in the church. Personal conversation and relationships often demand a different approach. Remember, to each person with whom you have this discussion, Advent is likely a new and foreign concept. In order for them to be teachable, you have to be kind, generous, and engaging in your demeanor.

Kind, but firm. Don’t give in. Liturgical music is not an all-request hour. What people want isn’t necessarily what they need, nor is it usually reflective of the purpose of music in the liturgy. This is a battle worth fighting, even if it must be fought one person at a time. Help them understand why Christian worship demands a countercultural movement at this time of year. Don’t let reactivity or cheap shots distract or dissuade you. You serve the church, not the whims and appetites of those who attend it. You’re never going to please everyone, and some people won’t be pleased no matter what you do.

So if season rushers get you down, follow the example of Chevy Chase. Shout “Hallelujah,” and reach for the Tylenol. 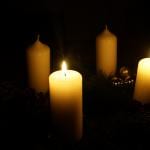 November 24, 2020 We Need Advent More than Ever in 2020
Recent Comments
0 | Leave a Comment
"This is a real struggle for me. I attend a Bible believing/sharing church - of ..."
happytoday55 Pop Music Doesn’t Belong in the ..."
""The Bible is clear on how we should worship."And Jesus is very clear on how ..."
C Nault Why Is It Your Business How ..."
""Believing in the importance of something doesn’t make one pushy."True. But believing something you think ..."
C Nault Why Is It Your Business How ..."
"liked how the video had all five verses, which is rare. our church's hymnals sadly ..."
Wesley Yes, We Can Still Sing “Onward, ..."
Browse Our Archives
Related posts from Ponder Anew