Slumdog: The Little Movie That Couldn't 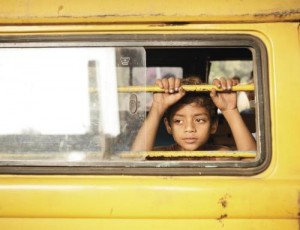 So not everyone loved Slumdog Millionaire.  It’s success has been bugging occasional Pop Theology contributor Daniel Skidmore.  He rants after the jump. 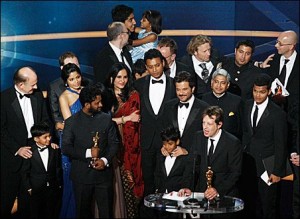 Slumdog Millionaire won best picture and a host of other awards at this year’s Oscars.  Since then, I’ve heard many people continually talking about what a great movie it is and how much it deserved the victory. I disagree. I went to see Slumdog with the anticipation of seeing a great movie, but what I ended up seeing was a simply passable, entertaining movie. When I evaluate movies the first and most important aspect I look for is whether or not they are entertaining.  As I have mentioned, Slumdog passes this initial test.  On the other hand, for me to consider a movie to be great, other criteria arise:   did the movie make me think about or rethink moral issues?  Did the movie “stick with me?”  Was the movie pertinent to issues that either continually affect society or are particularly pertinent to the time in which we are living?  Where it failed, two of Slumdog‘s contemporaries succeeded in these tests.  Milk displays the continual struggle for rights of anyone who is different from the mainstream, but its focus on the gay rights movement is extremely pertinent to today’s debates about Proposition 8 and similar legislature.  Gran Torino expresses and challenges our notions of sacrifice for others, and the conflicts and relationships that result when two cultures merge. 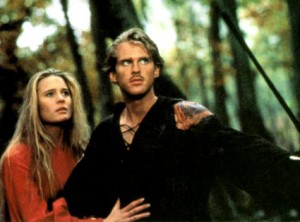 Unfortunately, Slumdog‘s narrative excludes it from any of the deep thought that these other movies provoke. After watching Slumdog, I did not feel a deeper connection with the movie or the characters primarily because it took the form of a simple, fairy tale motif.  I drew a strong connection between it and The Princess Bride because both films tell stories about young lovers who are separated, kept apart, and must overcome almost insurmountable odds and challenges to be with each other.  The only differences seem to be that The Princess Bride was wittier and more action packed, and Slumdog won the Academy Award for best picture.  Why did such a film win all those awards? 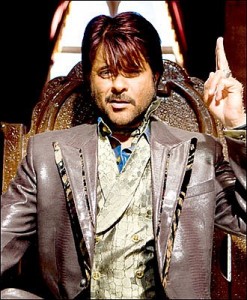 It could not have been the acting.  Aside from the game show host, I do not recall any great performances.  The characters that these actors portrayed were equally weak, flimsy representations of humans at best or passive players in a fable at worst.  The stock characters are all here:  an the evil crime lord, a brother gone astray, an arrogant game show host, a charitable and lovable hero, and last (and least) a damsel in distress. Talk about a limiting role for women. The love interest (and I use the word interest loosely) was nothing but a pretty face and a surrogate mother to Jamal (the main character).  In reflecting on the movie, I can’t remember a single reason why the main character would have fallen so in love with her apart from physical attraction.

So what separates this movie from many other entertaining fairy tales that the Academy does not deem award-worthy?   Some of its supporters have suggested that the film was more perfectly put together as a film and that setting, editing, sound, and story combined to make a great motion picture. Others have suggested that its Indian setting gave the viewer an idea or experience of multiculturalism and worldliness.   This first suggestion is accurate because Slumdog is a well-made movie, but it seems as if the second suggestion explains more of its Oscar success.  However, if critics and judges liked the movie for its multiculturalism and how it brought to light the struggles of the poor in India, they (and we) must continually focus on how the movie continually forces us to confront this problem in thought and action.  Unfortunately, it fails to do this.  There is a scene in the movie where Jamal takes two American tourists around India, and during one sight-seeing stop, his friends strip their car which results in the chauffer giving the fake tour guide a good beating.   Jamal looks up at the tourists and says something like “you wanted to see India…this is the real India.” The tourists reply by giving the boy money and saying something like “this is the real America.”  Well it certainly seems to be. The movie and its success is perfectly encapsulated in that scene, and, sorry to say, we are the tourists who look around India and see the struggles of the poor, throw money at them (maybe with a little love mixed in), and then forget all about them, only talking about how interesting our trip was and applauding ourselves for being worldly and caring about the struggles of others.

In this movie’s finale, the bad characters are punished and the good characters are rewarded, but it did not make me think much about them afterwards, except, perhaps, for the kid who was blinded and left to beg on the street.    Both philosophically and theologically, I refuse to praise films like this because, even though they are entertaining, they did not force me to think about the real issues of poverty and extreme racism in India.  Instead, I left with a warm fuzzy feeling when the two lovers united and joined in a dance number to celebrate.  So, while I do consider Slumdog to be a fine movie artistically, I do not believe it is a great one that deserves an Academy Award.  Furthermore, as time passes, I seriously doubt that it will engender much thought or critical reflection.

A spy in the house of...
slacktivist
Related posts from Pop Theology