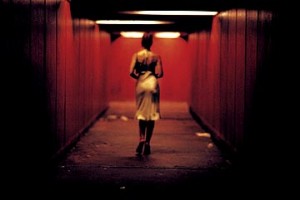 I recently heard a story about the legendary Japanese filmmaker Akira Kurosawa who, upon accepting a lifetime achievement award when he was in his 80s, said in his speech, “I am just beginning to realize the possibilities of film.”  This from one of cinema’s greatest artists whose films will endure and inspire for generations to come!  Each new generation reveals fresh possibilities as new technologies and their accompanying challenges emerge.  Some contemporary filmmakers respond in creative new ways…most do not.  Perhaps one of the possibilities about which Kurosawa spoke is film’s ability to play with time.  A few recent films have used this to some success:  one might immediately think of Memento.  I’m sure there are a host of others that I have yet to see or have forgotten.  A film I saw recently, Irreversible, though deeply disturbing in its violence, uses a disrupted chronology to re-interpret this violence and to simultaneously soothe and enhance its disturbing effects.

Irreversible is a tale of revenge told in reverse.  To tell the story in linear fashion, Marcus (Vincent Cassel) and his girlfriend Alex (Monica Bellucci) attend a party.  Upset at his lack of attention to her, Alex leaves the party and on the way home is violently raped and beaten.  When Marcus leaves the party, he sees Alex being loaded into an ambulance.  He immediately panics and with the help of two local gangsters and Monica’s former boyfriend, Pierre (Albert Dupontel) sets out to find the culprit.

Like every reviewer will tell you, two scenes stand out in this film:  the scene in which Marcus finds the culprit (or who he believes it is) and Pierre  beats his head to a pulp with a fire extinguisher and, of course, the scene in which Alex is raped and beaten.  In each case, director Gaspar Noe never takes the camera off the action.  Through special effects and editing, we see the head of Pierre’s victim turn to mush.  In the rape scene, we watch for agonizing minutes as Alex screams in pain and terror.  When her attacker finishes raping her, he beats her until she is unconscious.  We get to watch this too. 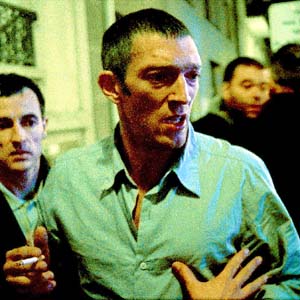 These two scenes are among the most disturbing that I have seen in all of film.  Yet they are not there just for shock value, but rather serve significant purposes.  At a base level, they reveal the destructiveness of revenge and violence.  In the case of the rape scene, mainstream films (rightly or wrongly) often shy away from its brutality by simply showing its beginning and quickly cutting away.  Noe wants us to see it in all its ugly, painful, brutal offense.  For those who can watch, and pay attention, we see Alex’s body and spirit being destroyed in the process.  We can see that she will never fully recover from this rape, just as she might not physically recover from the beating that ensues.

As Roger Ebert points out in his review of the film, by placing these events relatively early in the film, Irreversible does not culminate in (and somehow justify) violence.  Yet Noe’s film does not end peacefully either as we are left with the memory of these searing images throughout.  They corrupt the scenes of Marcus and Alex playfully lying in bed.  Moreover the film concludes with what might be described as violent images, the closing frames begin to spiral rapidly and end in a flashing light accompanied by disorienting sounds and music.

Ebert also adds, “The movie does not end with rape as its climax and send us out of the theater as if something had been communicated. It starts with it, and asks us to sit there for another hour and process our thoughts. It is therefore moral – at a structural level.”  I doubt many religious critics would term this a moral film.  The images of the beatings and rape will turn many viewers off immediately.  Violence in cinema has been and will continue to be a matter of taste and, therefore, a topic of heated debate.  I can understand and appreciate why many people will not watch this film.  However, the most vehement critics of violence in film are often people who live lives of relative, or extreme, comfort.  Films like Noe’s Irreversible shock us out of this comfort by “forcing” us to “endure,” at least visually, the extreme evil that many people suffer in reality.

Irreversible (97 mins.) is unrated (you can probably figure out why) and available on DVD.  The DVD has a couple of special features including short experimental films and a featurette on how they turned a man’s head into pulp.