Is God a Gamer? 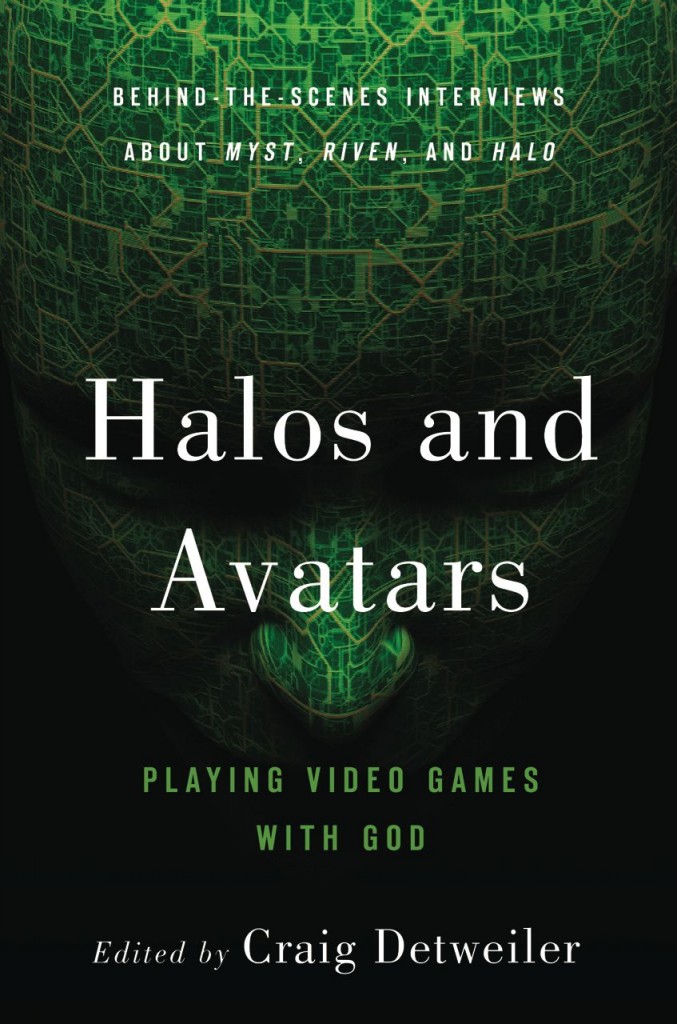 Theology and popular culture is an ever-growing field with numerous implications for both the church and academia.  Churches and professors have embraced the theological/religious/spiritual implications of film, television, and popular culture.  However, one of the most popular components of popular culture, video games, have yet to come under exploration for their theological/religious/spiritual implications.  Until now.  In his latest book, Halos and Avatars:  Playing Video Games With God, Craig Detweiler has compiled a collection of essays that make it impossible to look at video games the same way again.

In his introduction, Detweiler reveals the popularity of video games that transcends teenage male gamers.  He also pulls the curtain back on the myth that gaming is a loner activity, as increases in online communication and technology make video gaming a communal exercise par excellence.  Yet despite this popularity, we have no serious vide game critics…aside from popular reviewers for publications like Game Informer, Playstation Magazine, etc.  We do not see writers reflecting critically on what this popularity means for us socially, much less theologically.  This book explores the theological implications of both video game narratives and gameplay itself.  The authors refuse to simply praise or condemn video games, giving us much more insightful engagement with them in the process.

In Chapter 1, Chris Hansen questions whether or not video games are the future of storytelling and how this might influence film narrative.  He examines the influence of video games on the stories films tell and they ways in which they tell them.  However, I would question his critiques of Quentin Tarantino’s films, especially the Kill Bill series as simply modeled on video games.  Asian shock films might be a better resource from which to examine this topic.  Hansen points out that this is not a one way street and that video games are increasingly expressing cinematic aesthetics.  Moreover, multiple ways to solve a puzzle or win a game might bode well for the future of religious pluralism and ecumenism. 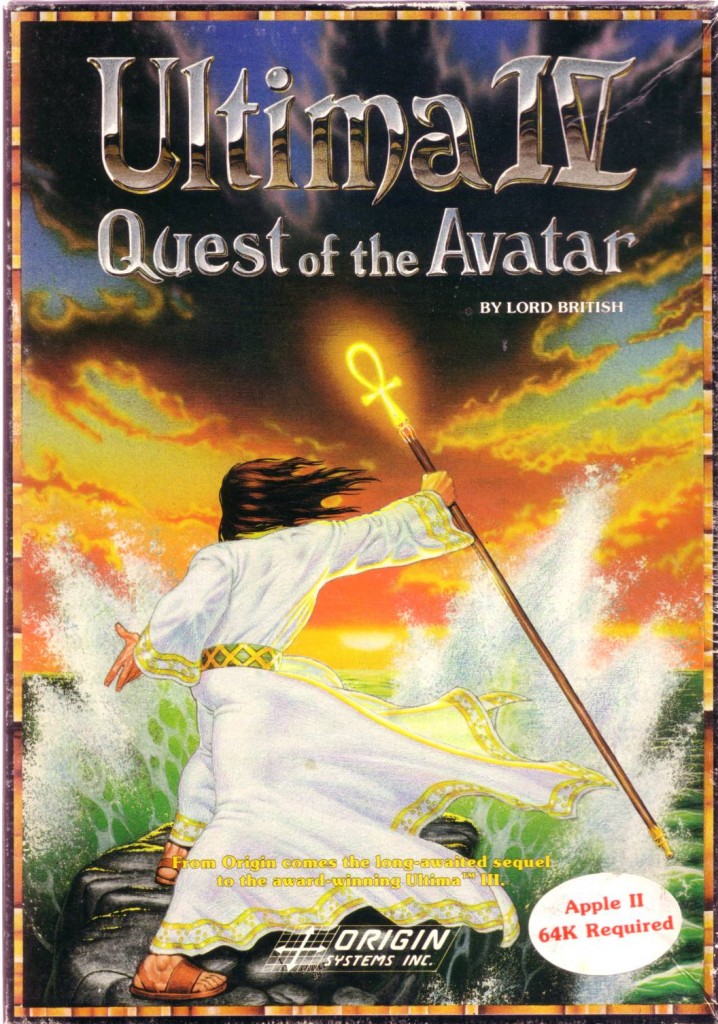 Long before there was Heavy Rain, there was Ultima IV, and in Chapter 2, Mark Hayse explores its ability to push the     moral envelope of video games.  Hayse adds of increasingly morally complex games:  “Grand Theft Auto offers a cautionary tale, a way not to be.  Although many video games today incorporate moral economies, their designers tend to make them more explicit than implicit” (38).  A strength of Ultima IV, Hayse argues, is its ability to keep these moral implications veiled.  In Chapter 3, Rachel Wagner reveals why so many Christians might have a problem with video games…they require something of an open-ended narrative, or at least require multiple paths to a pre-determined ending.  Wagner points to the literal interpretation of Scripture that many of video games’ harshest critics support.  Wagner writes, “Film, due to its own fixed trajectory, is thus more suitable to theological inevitability than games, since film more readily parallels the Christian view of time as shaped by God in a predetermined linear trajectory” (49).  Of course, there are numerous Christian views of time that are far from linear or predetermined.  In Chapter 4, Heidi Campbell explores the phenomenon of “Islamogaming,” whereby Muslims incorporate video games for religious education, “image-correction,” and political, social, or religious solidarity. 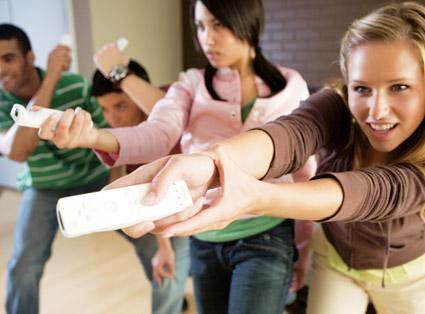 In perhaps the most interesting chapter of the book, Kutter Callaway explores the theological implications of the Nintendo Wii.  After beginning with a history of gaming consoles, Callaway focuses on the Wii as symbolic of the Spirit’s movement (and desire to move) in the world.  Playing the Wii is an embodied and inspirited experience as it is, Callaway argues, somatic, holistic, and affective.  However, as with some other chapters, I wish Callaway would have taken a risk to further explain or imagine how “we might develop our theological understanding of these experiences as devotional practices” (88).  Chapter 6 contains an interesting conversation with Rand Miller (co-creator along with his brother of Myst) and Marty O’Donnell (music composer for Halo), two Christian game developers.  This interview is further proof of the possible unnecessary existence of an alternative Christian video game industry when committed Christians are doing such phenomenal work in the wider video game industry.

In Chapter 7, Matthew Kitchen challenges the very notion of sport itself by reflecting on the emerging field of competitive gaming as a potential sport itself.  In Chapter 8, Andrew McAlpine challenges the notion of video games as art by drawing a distinction, for one, between creating music and repeating it in games like Guitar Hero.  McAlpine writes, “[…The fact remains] that the experience of playing a game is entirely separate from the aesthetic experience of interacting with art” (129).  There are games that are increasingly more experiential in the sense that McAlpine might mean as opposed to the interactive experience of traditional games.  Such gaming evolutions will further challenge McAlpine’s arguments. 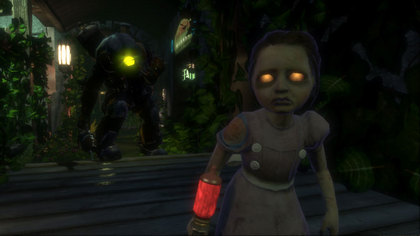 In Chapter 9, Kevin Newgren examines BioShock as a locus for serious discussions of bioethics and utilitarianism, yet again revealing the success of a “secular” video game where specifically religious ones so often fail.  He also questions, along the way, the very ethics of religious video games that present a “cleaner” alternative:  “While Left Behind attempts to offer good morals, it ultimately demeans women no differently than games like Grand Theft Auto, which allow players to beat up prostitutes” (141).  In Chapter 10, Jason Shim discusses rituals in online communities like Second Life.  Are they as real as first life rituals?  In Chapter 11, Daniel White Hodge attempts to outline a theology for gamers through a series of interviews with and observations of self-professed gamers.  Hodge points to the experiences of the numinous, mystery, and fantasy that video games provide their most committed devotees.  In Chapter 12, John W. Morehead discusses “Cybersociality” and connects fun to the play of God, drawing on discussions of play, imagination, and creation. 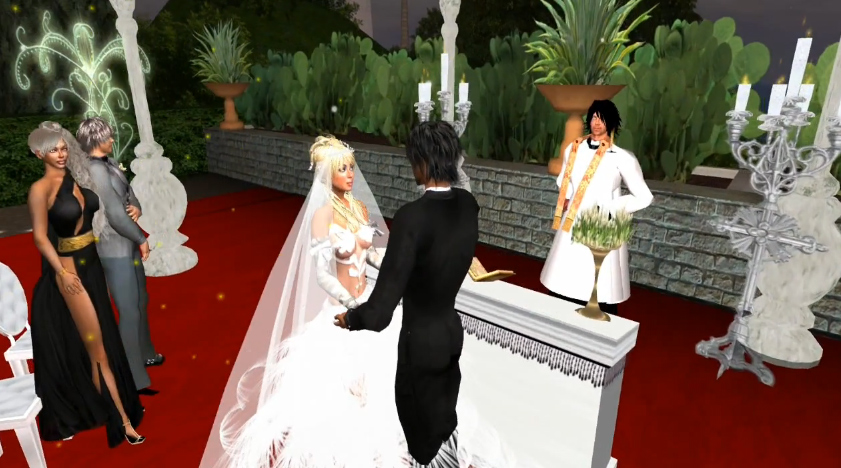 In his conclusion, Detweiler looks to the religious future and video games’ implications for it.  These include both interfaith and “intrafaith” challenges.  Detweiler links gamers’ lack of concern for the game manual (preferring to pick up and play) to a changing approach to reading scripture:  “Instead of convincing kids to start their day with a devotion, perhaps we have to shift the emphasis to the end of the day–looking back” (191).  He also adds, “Questions of pluralism will only rise as the gamer generation comes of age” (194).  In the appendix, Kara Powell and Brad M. Griffin offer guidelines for productive conversations about video games for parents and teens.  As such, Halos and Avatars proves to be not only the first text to link theology and video games, but a must read for any teenager or adult, parent, minister, or scholar interested in not only video games but theology and popular culture as well.