In another case of better-late-than-never, I finally got to see Argo last weekend during our stay in Paris. I was aware of all the hype but still enjoyed the film immensely. It also fits right into some of my on-going work on film, (non)violence, forgiveness and reconciliation.

As most of you probably already know, Argo is based on the true story of the 1979 Iran hostage crisis and the CIA rescue of six Americans who escaped the embassy and hid out in the Canadian ambassador’s home. The six had escaped the embassy when a mob of enraged Iranians flooded the embassy and took everyone there hostage. Iranians were irate over the recent British and American involvement in deposing Prime Minister Mohammad Mosaddegh and installing Shah Mohammad Reza Pahlavi, who ruled as a despot. The crisis also strengthened the position of the Ayatollah Khomeini and the political influence of those who supported theocracy over against normalization of relations with the West. The film focuses on CIA agent Tony Mendez (Benn Affleck), who engineered the plan to rescue the potential hostages. His plan…mask as a Canadian scout team searching for locations on which to shoot a new science fiction film, also titled Argo. With the help of makeup artist John Chambers (John Goodman) and producer Lester Siegel (Alan Arkin playing a composite character), the team undertakes a nerve-wracking extraction that eschews violence and any subsequent casualties.

The strength of Affleck’s film is that while (almost) everyone knows the ending, it still serves up a terribly engaging viewing experience as we watch the team coordinate and lead the extraction. There’s never a dull moment in the film, which makes the two-hour run time feel like an hour. The film also benefits from strong performances all around, particularly from John Goodman and Alan Arkin who provide both the brains of the mission and the comic relief in the film. They serve up hilarious anti-Hollywood one-liners, all of which, I noticed, translated to the surrounding French audience.

While Affleck gives a bland performance, it might simply be the case that it’s more representative of your average CIA agent than, say, Daniel Craig is of a member of Her Majesty’s Secret Service. Given narrative constraints, it’s understandable that the film focuses almost exclusively on the plight of the six escapees, but a bit more attention to the other hostages would have been welcome as well. At the same time, the consistent representation of Iranians as one huge angry mob can be annoying at times, even though Affleck makes the strong case for that anger. On the other hand, there seems to be some interesting visual commentary here on the role of women in Iran at this time. There’s hardly a burka on any of the women in the protest and hostage scenes. Moreover, women consistently speak from places of authority and frequently serve as the face of the hostage takers.

These casting and performance issues aside, we’ve got a really fantastic film here with a few inspired moments of editing. There’s one particular scene that cuts back and forth between shots of an Iranian woman reading a declaration (their demands?), Jimmy Carter commenting on the situation, and actors reading the Argo script. What we’re hearing and seeing, essentially, are three idealists trying their hardest to, in one case literally, capture an audience and hold their attention and devotion. The opening of the film itself is a good bit of armchair history that reveals the ways in which American interference in Middle Eastern politics can spiral out of control. This will no doubt be a new lesson to many viewers and will most likely lead some to question our current involvement in the region.

What I most appreciate about Argo is the strong case it makes for a non-violent, creative response to violent solutions. Near the end of the film, Jimmy Carter’s Chief of Staff, Hamilton Jordan (Kyle Chandler), demands that the film plan be shut down and that a military team be sent in to extract the hostages. Like the rest of us, Martinez knows that this will result in not only the deaths of the potential hostages but of countless American soldiers and Iranians as well. He sticks to his script even in the face of opposition from his superiors. In an age of the shoot-first Bond and Bourne films, this patient, measured response to a volatile situation is a welcome alternative.

As a film-going experience, Argo has few equals this year, and it’s certainly the type of film that Oscar voters can get behind. Based on a true story at it is, Affleck thankfully resists the temptation to sensationalize the events. At the same time, he does take some liberties with the characters, especially Mendez, to strengthen the audience’s connection with them. The whole bit about Mendez’s rocky marriage suddenly being repaired at the end of the film just feels empty and overshadowed by the energy and emotion of the rescue mission. Nevertheless, Argo is a fine example of how good storytelling can not only entertain but potentially liberate as well.

Argo (120 mins.) is rated R for language and some violent images and is in theaters everywhere.

December 4, 2012
Lincoln: or, A Very Important Film by Steven Spielberg
Next Post 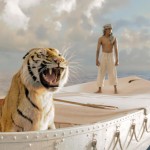 'For you were [redacted] in Egypt'...
slacktivist
Related posts from Pop Theology