I’m slowly rolling out some reviews of films I managed to see at the Los Angeles Film Festival a couple of weeks ago. I saw some great films, some good films, and some, well, not-so-good films. Here’s a snapshot of three indie films, Goodbye World, Forev, and Four Dogs, in order from really good to not-so-good. Check them out when they release in theaters or on DVD/VOD.

By far one of the better films in the festival, this indie feature stars a few recognizable faces, most notably Adrian Grenier from Entourage, Ben McKenzie from The OC, and, in a surprisingly strong, understated performance, rapper Kid Cudi. Coinciding with a technological apocalypse, a group of friends reunite at a home in rural northern California. While there, they fret over the ills of society, the future of humanity, and their own friendships and relationships. Unlike so many other films that trade in the apocalypse for its inherent spectacular special effects, Goodbye World narrows its focus to the already frayed relationships between its characters and the ways in which the impending disaster may or may not hasten their demise. Although some of the events in the film appear to be fitting components of the first terror-filled days of Cormac McCarthy’s The Road,Goodbye World takes a more optimistic turn in the end, suggesting that the bandits and cannibals will not win the day.

While it doesn’t necessarily breath fresh new life into the genre, you could do worse for romantic comedies than Forev. Equal parts rom-com and road trip movie, it comes at the question of marriage and how two people fall in love from an interesting angle. Sophie (Noël Wells) and Pete (Matt Mider) are neighbors. Sophie is a struggling actress and a bit of a mess. Pete has a crush on her anyway, even though she mistakenly stumbles into his apartment one night drunk and making out with a random guy, who subsequently pees on Pete’s bathroom wall.

Pete has to go to Phoenix to pick up his sister from college and asks Sophie to join him for a fun road trip. Among the jokes and getting-to-know-you talk, they decide to get married. Have I mentioned that they’ve yet to kiss or even go on a date? Along the way, they discuss the benefits of marriage (tax breaks and whole gallons of milk instead of halves) and how much fun it’s going to be. Obviously, Pete’s sister is less than pleased, a reaction only exacerbated by her own recent breakup. “You can’t just get married,” she repeatedly tells them. They have no comeback aside from reasserting their decision. Through a major misadventure, Pete and Sophie threaten to break up. Will their love…or at least their decision…win out?

Forev might be making a comment on love and marriage, particularly that’s its best left up to the two individuals involved to make the decision, even if it seems crazy to those closest to them. In the end, though, it’s better to just take the film for it’s face value fun.

The writer/director of Four Dogs seems to have forgotten one crucial ingredient in his film, story. The lack of attention to narrative might be forgivable had this “comedy” actually included more than one or two funny scenes. Unfortunately, it doesn’t. Stuff happens, but nothing really does. The characters are boring and listless. Oliver Cooper, who shined in Project X, tries his best with the material, but there’s nothing there to give him a boost, aside from a hilarious cross-dressing scene which barely makes the wait worth it. I’m unclear as to what Four Dogs is supposed to be a commentary on, unless it’s about the ennui of the would-be full-time actor. When scenes approach something like emotional resonance, they are so overshadowed by the rest of the dross as to be ineffective. Of course, when the death of a family pet is the emotional height to which filmmakers aspire, then what can we really expect? 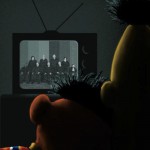 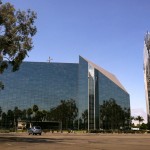