With the Supreme Court’s ruling on both DOMA and California’s Proposition 8 last week, many people across the country are celebrating new rights and benefits or are looking forward to a future in which they can share in them. Of course, the SCOTUS decision doesn’t definitively end every conversation about and argument over gay marriage and gay rights as ongoing articles and blog posts evidence. As we continue to move towards a more just and equal society, documentary films have an important role to play in shaping hearts, minds, and perceptions. Such is the case with a new documentary set to release later this year, Yoruba Richen’s The New Black.The New Black focuses on Question 6, Maryland’s 2012 marriage equality referendum in which voters chose to approve gay marriage, a decision that marked the first time such a proposal was approved by popular vote. While the topic of marriage equality is central to The New Black, the documentary takes a narrower focus on homosexuality in the black church. Through discussions with clergy and laity, Richen reveals that not everyone within the black community is comfortable with comparing the fight for marriage equality with the Civil Rights Movement of the 1960s. Opponents of gay marriage and homosexuality argue, still, that people choose to be gay rather than being born gay. Talking head opponents like Pastor Derek McCoy for the maryland Family Alliance and the Maryland Family Council claim to be defending and strengthening traditional marriage through their efforts to ban gay marriage.

At the same time, Richen interviews a diverse group of African Americans, both gay and straight, who campaign for marriage equality or work in churches that welcome and affirm gay members. Motivating much of their work is an awareness that God loves everyone equally, regardless of race or sexual orientation, and that our society should mirror that in granting marriage rights and accompanying benefits. Supporters of marriage equality include the likes of Rev. Delman Coates of Mount Ennon Baptist Church in Clinton, Maryland, who claims that it is a civil right but not one that he would officiate in his church. Lesbian college-age volunteers Karess Taylor-Hughes and Samantha Master campaign diligently in order to ensure a future in which they can enjoy equal treatment under the law.

The New Black is a moving documentary when it keeps its focus on gay couples simply going about their daily lives and trying to raise their children, all while eagerly waiting for the day when they can marry the person they love. This is “heart work.” Where films like The New Black (and, ironically, liberal documentaries that attack religion) fall short is in the “mind work.” This documentary could have benefited from more “talking heads” time from progressive or liberal Biblical scholars who offer alternative interpretations of the “clobbering texts” used to attack homosexuality and gay marriage, arguments that get extensive play in films like these. When juxtaposed with the story elements of The New Black, the more compassionate and thoughtful interpretations of scripture that have liberated so many Christians can create an even more powerful viewing experience whose effects will ripple throughout society.

You can check out the trailer below. 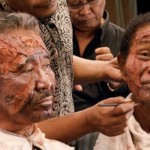 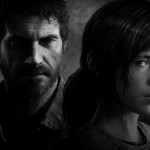 Will The Church Survive The Covid-19...
The Thoughtful Pastor
Related posts from Pop Theology