The Good and the Reviled

For the initiated the title of writer/director John Michael McDonagh‘s (The Guard) second film, Calvary, will inevitably conjure up thoughts about Jesus’ crucifixion, sin, and atonement. It’s fitting as larger-than-life themes of sacrifice, atonement, and good and evil form the backbone of this story about a reviled Irish priest and a member of his flock hell-bent on killing him.

After his wife dies, Father James (Brendan Gleeson) became a priest. His adult daughter, Fiona (Kelly Reilly), sees this as a second betrayal of his family. He serves a small coastal village in Ireland, whose residents tolerate him at best and openly revile him at worst. Yet Father James soldiers on, dispensing communion to the “faithful” even if it seems like they only want to spit it back in his face. The film opens in the confession booth, where a congregant reveals that he, as a child, was sexually abused by a priest for five years. He also tells him that he will kill him the following Sunday because killing a bad priest accomplishes nothing, but killing a good priest…well…that’s another thing altogether.

This pre-confession obviously throws Father James, but he continues to serve the villagers who, at times, can be seen as heightened representatives of various sins (pride, gluttony, lust, etc.), though not in any direct correlation. Father James doesn’t conduct an explicit investigation, but it is clear that he’s keeping a closer eye on some potential subjects, butcher and wife-beater Jack (Chris O’Dowd), surgeon Frank (Aidan Gillen), and wealthy businessman Michael (Dylan Moran). When Fiona visits her father, he tries to shield her from the villagers’ disdain for him. Throughout his passion week, Father James engages in philosophical and theological discussions with the villagers, enduring, for the most part with a stiff upper lip, their scorn and ridicule.

Calvary benefits from McDonagh‘s writing with dialogue that is as bracing as a strong shot of Irish whiskey and a pace and direction that will likely reward repeated viewings. Gleeson and McDonagh seem to be a match made in heaven (be on the lookout for a subsequent post on this), as the later crafts ideal roles for the former. It’s hard to imagine another actor playing Father James (or Gerry Boyle in The Guard) as effectively as Gleeson with his frame, weathered face, grace, compassion, and potential to erupt like a volcano. The cinematography by Larry Smith is what a script and performances like this deserve.

Calvary is a clear response to the sex abuse scandals in the Catholic church, but it goes deeper than that. It’s also a reflection on the failings of the larger church as a whole in its contemporary context, which itself is also terribly broken. All (or most) of the characters might despise the church because of its sinful priests, but their own lives represent moral failing and a lack of moral/ethical instruction/insight in the broader culture. Part of the beauty of the film is seeing how Father James moves through both of those broken systems. In a very real way, he carries the weight of the sinful world on one shoulder and the weight of the sinful church on the other. Fiona asks her father about sin, and he responds, “There’s been too much talk of sins and not enough talk about virtues.”

Many critics have talked about this being a modern version of a Passion Play in which the Christ-like Father James moves through the village doing his good work as he slowly marches toward his own death. This is not a new feature of McDonagh’s writing, or his brother Martin’s for that matter, as he did something similar with Gerry Boyle in The Guard. The brothers McDonagh create fully realized worlds where characters promise and the plot delivers. So while we may know what’s coming in terms of events, the way they unfold and the way the characters talk to one another point to deeper revelations. The final standoff between Father James and his murderer is especially telling, as Father James admits that he cried over the death of his dog, but not when he heard the news of priests sexually abusing children.

Which is another strength of this story. In Calvary, McDonagh has give us one of the most honest portrayals of a Catholic priest (or any minister for that matter) in the history of the genre. Father James is compassionate, thoughtful, honest, and even broken himself. He exposes the villager’s own lies and failings for what they are, but he also confesses his own ignorance or confusion when they confront him with deep theological or philosophical questions. Father James could easily flee to Dublin to escape his impending doom, but he doesn’t. Who knows whether or not Father James’ willingness to confront his accuser will have any larger salvific purpose for the church or the community around it, but Calvary seems to suggest that despair need not prevail.

Calvary (100 mins.) is rated R for sexual references, language, brief strong violence, and some drug use. It is currently in limited release in New York and Los Angeles and will be in general release on August 8. 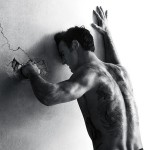 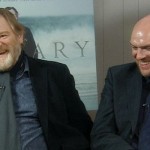