At Sundance: MORRIS FROM AMERICA

Earlier this week, I reviewed The Fits, which I felt was remarkable for its mix of aesthetic (European) and subject matter (African American teenagers in Cincinnati). Another standout here at the festival is Morris from America, which takes a similar hybrid approach, setting a young African American teenager’s coming of age story in Europe.

Morris Gentry (Markees Christmas) lives with his dad, Curtis (Craig Robinon) in Hiederbaad, Germany. After Curtis’ wife died, the two moved to Europe where Curtis coaches soccer. Morris, the only black kid in his class, struggles to fit in, battling the stereotypes that his classmates blatantly throw in his face. His tutor, Inka (Carla Juri), helps him navigate the language and encourages him to broaden his social circle. When he does, he becomes infatuated with Katrin (Lina Keller), who tries to bring him out of his shell but also strings him along.

From director Chad Hartigan (This is Martin Bonner) Morris from America is a hilarious film, especially when it keeps its focus on Morris and Curtis’ father/son relationship. It features all the painfully awkward moments that the genre demands, but its European context and fish-out-of-water character make them feel fresh. Morris is a lovable character and, even though the scenes away from his father feel less compelling, his journey to self-discovery remains captivating. Craig Robinson is a real surprise as a dramatic actor and portrays one of the coolest teen comedy dads you’ll ever see.

Though the setting and scenario of Morris from America stands wholly on its own, it can provide a starting point to think and talk about the narrative in reverse. Who are the Morrises in America and how do they struggle to fit in? At the same time, with the growing attention around movements like Black Lives Matter, the film also provides welcome insight into the life and experiences of one of the more marginalized communities in the United States, young black men.

Be on the lookout for Morris From America when A24 releases it, hopefully (!), later this year. 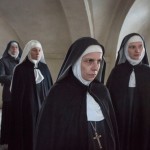 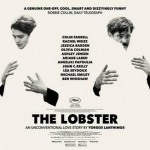