I’m on a mission to dethrone the poinsettia as the Christmas plant in Catholic homes and churches with the herb Rosemary officinalis.

The poinsettia’s association with Christmas began in Mexico in the 1600s. A legend tells of a young girl, too poor to provide a gift for the celebration of Jesus’ birthday, was told by an angel to gather a certain weed from the roadside and place it in front of the altar. When the girl had done so, the top leaves of the plant turned crimson and became beautiful poinsettias. In Mexico during the 1700s, Franciscan friars included the plants in their Christmas celebrations. The star-shaped leaf pattern is said to symbolize the Star of Bethlehem, and the red color represents the blood of the crucified Jesus.

Poinsettias, the harbinger of the Christmas season, were made popular by the Ecke family. They grow in bright reds, pinks, burgundies, or white with “petals” broad and smooth, crinkled tight, or scalloped. The poinsettia can be purchased everywhere from local greenhouses to big box stores. This plant markets well, it’s showy!

Sure, the symbolism for the poinsettia suggested by the Franciscans is nice, and the plant is lovely, even if a bit overdone. But how about a plant that was present from the Incarnation to the Resurrection of the Christ?

Rosemary officinalis was a common and relatively large shrubby herb found throughout the Middle East during the time of Mary and Joseph. Why is it not mentioned in the Bible? It would be like writing about dish soap…functional, necessary, and irrelevant to The Story.

Rosemary was a utilitarian herb used for maintaining a household. One if it’s many uses was to repel insects; it was incorporated into straw mattresses. Joseph, having been a bachelor for most of his life, knew about adding this herb in his own bedding.

When it came time for Mary to give birth, Joseph probably busied himself preparing a bed for the newborn. More than likely he only had to step a few feet outside the stable to find this bushy herb. Snapping off a few fragrant oily springs, he would have added them to the manger straw to protect the infant Jesus from biting bugs.

The Holy Family lived as any family in that century, and the chore of laundering fell to the mother, Mary. Here again rosemary was used. The clothing was laid to dry on its branches. The heat of the sun against the clothing drew the oils into the cloth to freshen and again protect. Throughout Jesus’ life, his clean clothes carried this fragrance.

In the religious practices of that time rosemary was strewn in the tombs of the departed. The holy women coming after the Sabbath to anoint Jesus would have carried this herb, and in all likelihood thrown it aside when they discovered the risen Christ.

In the language of flowers this herb symbolizes remembrance. What a beautiful plant to have present in our homes or in front of the altar during Christmas. It will help us call to mind the life of Jesus from the Nativity to the empty tomb.

I hope you will include in your Christmas decorations a lovely rosemary plant…it’s not just for chicken anymore. 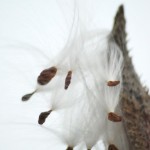 December 3, 2012 Adam, Eve and the Christmas Tree
Recent Comments
0 | Leave a Comment
Browse Our Archives
get the latest from
Morning Rose Prayer Gardens
Sign up for our newsletter
POPULAR AT PATHEOS Catholic
1

Facing this Election, We Must Recall...
suspended in her jar
Related posts from Morning Rose Prayer Gardens 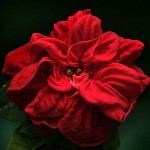 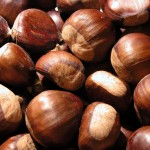 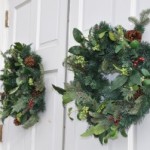 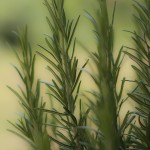