Flowers of the Shroud of Turin

The Shroud of Turin was wrapped around the body of Jesus after it was taken down from the cross. Experts in the natural sciences began examining the shroud toward the end of the twentieth century. Botanical experts on the research team found the imprints of plants and grains of pollen that can serve as seasonal calendar and geographic indicators.

Four plants on the shroud are significant because, as researchers Danin and Baruch report, “…the assemblage…occurs in only one rather small spot on earth, this being the Judean mountains and the Judean Desert of Israel, in the vicinity of Jerusalem.”[1. Danin, et al. Flora of the Shroud of Turin, p. 18.]

Those experts succeeded in identifying thirty-six species of plants[2. More than thirty-six have been found on the shroud but await unequivocal species identification.] on the shroud. They discovered that almost all of the flower images remaining on the cloth and the highest concentration of pollens were where the head of the corpus would have been lying; plant parts and pollens were also located throughout the rest of the shroud.

The botanists found several factors of particular interest to those studying, even doubting, the authenticity of the shroud. These are some of their findings: 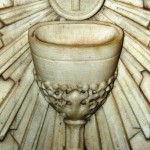 April 17, 2014
Holy Thursday's Prayer for Priests and Deacons
Next Post 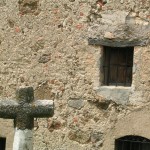 April 22, 2014 Tuesday's Prayer for Sisters and Nuns
Recent Comments
0 | Leave a Comment
Browse Our Archives
get the latest updates from
Morning Rose Prayer Gardens
and the Patheos
Catholic
Channel
POPULAR AT PATHEOS Catholic
1