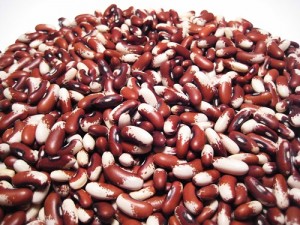 When my friend, Linda, and I bought this split-level house nearly thirty years ago we had to literally dig out the basement with coal shovels. It looked like a hoarder lived downstairs. With the help of her family the basement was eventually cleared, scrubbed and white-washed.

One January there was extensive (and expensive) work done in our unfinished basement. The ducts had to be cleaned, patched and insulated. The furnace too had to be repaired. Then there were the five slow leaking water lines that my repairs had been insufficient to stop, and the plumber wasn’t called until the washing machine hoses gave out. It’s not that I’m negligent about maintaining a home, it’s about financial priorities when poor.

With all the upheaval, the stacks of boxes, stored furniture, bins of lumber, shelves of paint, and crates of gardening supplies were displaced or covered in a thick layer of dust. I was startled after the last repairman left; the basement again looked like a hoarder was living there.

I was overwhelmed by the amount of effort needed to clean up the mess. I have physical limitations and knew the basement had to be cleaned…somehow. The only way I could accomplish the task would be in small bursts. My goal was set: 30 minutes a day, four days a week until. I prayed for endurance.

The journey of a thousand steps (remember, I’m in a basement) began with the area under the stairs. This was my gardening hold that over the years had encroached nearly four feet into the laundry area. Wearing face mask and gloves, I wiped down and sorted through hundreds of vases, containers and pots. I allowed myself only one box for items I would keep. The sorting resulted in three large boxes for donation, four bags of garbage, and five crates of terra-cotta pots and saucers for a friend who would crush them for a small path in her garden.

Some items carried memories of a place or a person, and though I hesitated a moment to allow the memory to float through, most of the objects were easily passed along.

That was except for when I came to several crates of nature elements.

Inside a paper grocery bag were ten-inch long by one-inch wide canoe shaped pods from a trumpet vine. The back of the light brown pods were smooth and as soft as flannel. Each pod was slightly curved, and nested in that bag they looked like little wooden smiles appropriately sized for snowmen.

My fascination with dried beans goes back to childhood when I would stir the farm market’s bins of seeds with my hands. That enchantment is still with me fifty years later. A two-gallon apothecary jar contained Painted Pony beans, coppery-brown with speckled white rumps. There were three two-quart mason jars filled with shiny black Turtle beans that have a white dotted midpoint; I had planned to create a small mosaic-like plant stand with their little dots facing up. I also had jars of magenta striped Crimson beans, large Lima’s, and chocolate-on-honey Pinto beans.

Another crate had palm-sized rocks gathered from lake sides and woodlands, and a small 50# kraft bag of white sand. Peeking into a 35-gallon bag, I found it filled with driftwood.

What was it about these items that caused such resistance to being discarded? I easily pass along purchased items or gifts from friends, but these—these unearned gifts from nature—I was unwilling to part with.

Standing there circled by crates of pods and beans, rocks and wood, I found myself in a revealing paradox. “For where your treasure is, there will your heart be also” (Luke 12:34).  And I wondered…What is this hold that nature has on me? How, in my cloistered life, do I connect with others?

I sat down on an empty crate and picked up the jar of Painted Pony beans. Placing my hand inside, I stirred them with my fingers and wondered where I needed to let go. 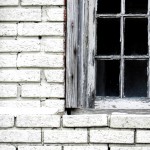