Two Funerals and an Amazing Grace 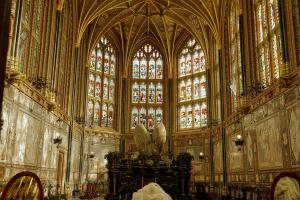 After attending yet another funeral in the morning yesterday, I came home and hunched over my kitchen counter, absorbed in leftover scalloped potatoes, to be transported by the soaring music, the elegant hats, and the heartbreaking social distancing of a very different kind of burial, that of Prince Philip, Duke of Edinburgh. A handful of people—the queen herself alone, sitting far distant even from her family—sat in the perfect stillness of mourning, heads bowed.

The contrast between the two funerals could not have been more pronounced, in spite of it being the same words, the same ecclesiastical tradition. The person buried all the way over there across the ocean enjoyed all that the world offered. He lived in a palace with a queen and was adorned with honors, with many weighty circles of insignia. He was perfectly well-bred and highly educated. He had excellent taste and expended himself on many charitable ventures. He could get on with everyone, except horrid reporters toward the end of his life. Duty and honor guided him in wisdom, and the service he arranged for himself was the very height of decorous and understated churchmanship. In his lifetime, indeed, he commissioned a new setting for Psalm 104 that was beautiful enough to make me cry. Surely if you were looking for blessing and honor and power and glory, there it all was in that man, or so all the commentators said afterward.

For the morning funeral, even fewer gathered—distantly of course—than in that tragically empty St. George’s Chapel. We made up 12, I think, spread across our not very beautiful church. Like so many unfortunate structures, it was remodeled in the 60s or 70s—the very worst time to redo anything. There were no flowers, though there was some solid and true and beautiful music. But it was the music that this person liked—Amazing Grace—and not the sort of thing that transports you, because you have already sung it at least ten times this year because of all the deaths. Unlike the Duke of Edinburgh, we did have a sermon. Our preacher is more reliable than most, even the Archbishop of Canterbury himself, whom I would not trust on such a delicate occasion not to say something paltry, or weird. Our preacher preached the gospel and told us to repent of our sins, following the example of the person in whose memory we were gathered. She was poor, unknown, mostly unloved by everyone in her life who should have loved her. She had no honor, no distinction, no reason to attract anyone’s notice. She was never asked to do any important work. She never put herself forward in any social situation. I am sure she was never rewarded for anything in her whole life.

She did do one astonishing thing, though, as our preacher reminded us. She forgave everyone. Chiefly she forgave the one person who had hurt her the most. There had been many who had injured her, but one person in what we would call “unforgivable” ways, had inflicted such terrible injuries that I cannot even name them. Nevertheless, she forgave unreservedly that person. Indeed, before that person died, many years ago, she brought someone along who told that person about the gospel, so that, in the final hours before life on earth ended, she–the one who hurt her–was saved for the one that goes on forever. And now the two are reunited there in glory and in consolation.

A line leapt out at me late last night as I read the readings for today, steeped as I am in death though it is Easter Season—

Now when they saw the boldness of Peter and John, and perceived that they were uneducated, common men, they were astonished. And they recognized that they had been with Jesus. But seeing the man who was healed standing beside them, they had nothing to say in opposition.

Indeed, this line has jangled around in the back of my head as I have endured Jesus and John Wayne, and as I continue to wander around comment threads online, and hear people complain about the Bible Belt, and those awful low pastors who preach salvation messages all the time. Don’t they know there is so much “more” to the whole enterprise? Where is the depth? The nuance? Why do they say the same thing over and over and over again without varying it? It’s not new or fresh. And it certainly isn’t sophisticated.

Though all the world right now cries out about racism, the class issues, I think, are much more to be blamed for our current Christian and cultural malaise. It’s not just that the poor believe—if only they would believe in a quiet and meek and unobtrusive way—it’s that the sort of religion they prefer is so often vulgar. It’s too much Amazing Grace and almost no William Lovelady. It is embarrassing because it admits no irony. There is nothing cynical about the kind of belief that the poor of the earth clutch onto. They can’t be talked out of it because they aren’t hankering after the honor and glory that comes with apostasy.

When Jesus died, and then rose, and so many people who had followed him, and poured all their hopes and dreams into him without bothering to find out who he really was—or rather is—and what he really was going to demand of them, discovered that he had picked a lot of low class, backwater, badly educated men as his inner circle—well…read the rest here!

Photo by David Tato on Unsplash

April 20, 2021 Reading and Flying
Recent Comments
0 | Leave a Comment
"Happy Mothers/Birthing Persons Day. Speaking as someone who is someone's child... It can be easy ..."
axelbeingcivil Happy Birthing Person Day
"I mean... Speaking as someone who considers themselves solidly on the progressive left... Sod Bill ..."
axelbeingcivil An Egalitarian Patriarchy
"I hope you will do, in essence, a text version of your critique. That would ..."
NorrinRadd The Mistaking of Biblical Womanhood
"This is a good one (glad you're back).Could also argue from Romans 12:1-2 that part ..."
Colin McKay Miller When God Sets A Table In ..."
Browse Our Archives
get the latest from
Preventing Grace
Sign up for our newsletter
POPULAR AT PATHEOS Evangelical
1 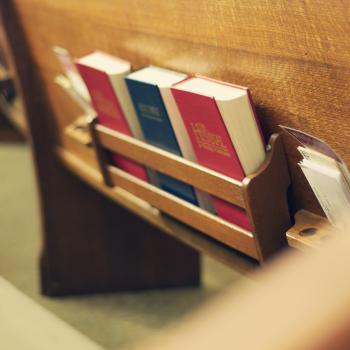 Evangelical
He is Awesome in His Deeds
Preventing Grace 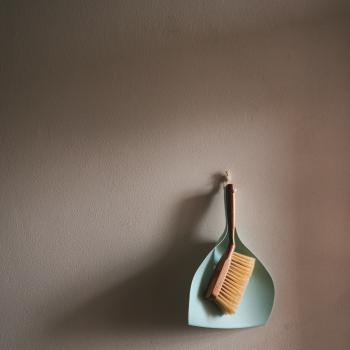 Evangelical
If You Don't Have the Energy to Manifest...
Preventing Grace
TRENDING AT PATHEOS Evangelical