Every March, my youth group goes on a retreat.  It’s a nice change of pace from New York City as well as a great way for us to learn about God, ourselves, and each other without distraction.  This year, our lone senior had an event that weekend and was unable to make it to the retreat.  He was missed, and I wished for a way to connect with him even though he wasn’t there.  I don’t remember who came up with the idea, but eventually we realized that we had a way to connect him: use Snapchat!

For those unfamiliar, Snapchat is an app that allows users to send photos and videos that disappear after one viewing.  As several of our youth follow each other on Snapchat, we were able to send our absent senior videos during our free time to say hello and show him what we had been up to.  In return, he sent us videos saying that he wished he was there and telling us about what he was doing.  Our youth group managed to learn about each other even when one of its members wasn’t physically there.

Like other youth groups, we have rules around electronics.  We don’t outright confiscate them, but we do ask that they be put away except for during free time (and I’ll freely admit I’m the one who struggles most with this).  Still, there was something special about being able to use a so-called tool of distraction to unite through God over distance.  What’s more, we did it using a medium the kids already use.  Not only was God in the work, God was in the wireless!

So much of ministry is meeting people where they are.  Perhaps part of this is thinking about where our young people are with technology.  Yes, it is important to unplug sometimes and no, no one likes it when electronics get in the way of doing God’s work.  Still, what if we changed the way we thought about it?  What if, instead, we considered the ways electronics can help us to do God’s work?

Most people don’t like to see phones out at church, but what if services encouraged live tweeting to engage?  What if apps like Instagram and Snapchat were used to pray for each other when we’re not all in the same place?  What if pastoral care check-ins happened over Facebook (for the few teens who still use Facebook)?  Instead of fighting against technology, we can let the Spirit flow through it and us to create new and worshipful experiences.

Obviously, great care is needed to navigate the boundaries and accountability of interacting with young people over technology/social media.  Still, all of the examples listed above have been done, either by me personally or by friends at other churches.  They ARE possible if we are willing to remember that God is everywhere, even over the internet and 4G networks.  We just have to open our hearts and minds to see the possibilities. 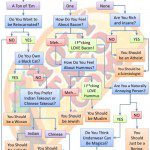 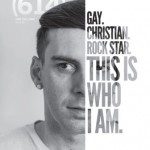