As we continue to process the hate-fueled massacre in Orlando this week, news shows and social media feeds make it clear that people tend to approach this shocking event through narrow sets of perspectives and agendas. For some people, this is an LGBTQI issue. For others, it’s about guns. Some people are focused on this as an act of religiously motivated terrorism. Others are talking about mental health. Politicians across the spectrum are spinning it to their (perceived) advantage while others are using it as as ammunition to attack their opponents. (The sick irony of that metaphor is not lost on me.)

Our polarized—and more often than not dysfunctional and toxic—public discourse regularly reduces complicated situations to competing talking points, soundbites, and oversimplified explanations. The unexpected success of Donald Trump’s presidential campaign is due in large part to his masterful manipulation of this dynamic.

Because they are maturing in a culture which is more media-saturated than any other in human history, the young people we work with are being subtly and powerfully conditioned to think and interact in this simplistic and potentially dangerous manner. Of the many ways in which youth ministry functions as a countercultural and prophetic alternative to the status quo, we must help our youth abide in the tensions and complexities of the world we live in.

One way to do this is to tease out the various issues involved in the current events that capture our attention and demand reflection. The Orlando massacre is a perfect storm that brings together so many of the topics at the forefront of public debate in church and society: homophobia and Islamophobia; violence and guns; dangerous rhetoric about difference and exclusion; immigration and assimilation; fear and naiveté; freedom and control; peace and security; trust and suspicion; religious extremism and religious complacency; demonizing the other while ignoring the logs in our own eyes.

It’s complicated, for sure. As we process it all with our youth, let’s keep it that way. 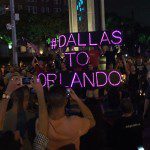 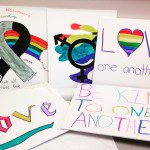