Putting the Lies in Allies

Josh Linton works as an Inclusion and Diversity Program Coordinator at ONE Gas, Inc. in Tulsa, Oklahoma. He also serves as chair for the Inclusive Leadership Council of the Oklahoma Center for Community and Justice. And when he finds some spare time, he is the Youth Director at Claremore, OK First Christian Church. He writes occasionally at his blog, but it’s probably easier to connect with him on Facebook.

Several days ago, hundreds of people gathered in Tulsa to lament the killing of Terence Crutcher. I was asked to help organize and participate in the event. But I’m white. What could I say at a time like this?

Well, it turns out there is plenty for white folks to say, especially to other white folks, to other allies. It seems to me that even those of us who are well-intentioned, progressive white people still don’t always get it. And often what feels so bad to the black community provides a moment of good feelings for sympathetic white folk, who are more than happy for the opportunity to assuage their guilt a bit.

Honestly, it’s cringe-worthy to witness how fast black pain and anger circles back to a discussion about how white people feel about it. In fact, I’ve sat in meetings and planning sessions for rallies and vigils where the conversation spent way too much time on how to manage potential, speculative reactions from the black community, where the rhetoric of seeking peace morphs into another way of saying we must maintain law and order, which turns into another way of saying this whole thing is starting to make nice, progressive whites feel uncomfortable.

And here’s where I have some things to say. Bad things happening to black people should not function as an opportunity for good things to be done by white people. The senseless slaying of black bodies, brought about by the relentless persistence of the logic of white supremacy permeating society at all levels, should not serve as a platform to affirm white allies. Confession, repentance, and listening are much more appropriate responses. And yet, instead of an outpouring of appropriate responses, white folks react to stabilize the shakiness of our white fragility and engage the work of racial justice after anchoring it in the logic of white supremacy.

I understand the points I’m making can be difficult to hear and incite defensiveness. Like it or not, that’s part of the problem. We like to be seen and thought of as allies to the black community and in the work of racial justice. It’s a perfect deflection. It’s an escape from the deeply troubling internal work we ought to be doing constantly and every day to eradicate the logic of white supremacy from our lives. Instead, attending a vigil or a rally is easy and noticeable. While on the other hand, attending to the difficult work of the way racism informs us isn’t as easy or as noticeable. Far too often, we’re masters at putting the lies in allies.

Here’s a few of the ways we’ve facilitated this charade:

So you want to be a white ally? Good. Get to work. There are plenty of resources out there for you to stay busy without you having to rely on the energy and efforts of people of color (seriously, Google can handle it). Let’s resist stabilizing our white fragility by ensuring our safety and comfort when engaging anti-racism efforts. Let’s stop getting our feelings hurt when people of color don’t implicitly trust us or even state to us they’re not ready to be around white people at the moment.

The manipulation of black reaction through the passionate promotion of peace, the public processing of white anxiety and guilt, and the management of the fragile white ego all work to reinforce the logic of white supremacy, and they work together to put the lies in allies. It’s time to take a long look inside and start to get honest with who we are so that when we do claim the role of allies in the struggle for racial justice, we’re not simply kidding ourselves. 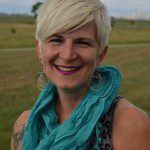 September 27, 2016
What We Can Teach Teens from Last Night's Debate
Next Post 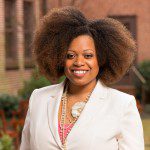 September 28, 2016 Denise Anderson to Preach at #PYM17
Recent Comments
0 | Leave a Comment
"Try this: https://www.youtube.com/wat..."
Ken Bussell In Search of Progressive Worship Music
"I agree 100% but I wish I had read this 10 years ago!!!Great article Wes. ..."
Clare Cotter The Definition of Youth Ministry
"The Many is an intentionally diverse group of artists creating new music for worship that's ..."
LenoraR In Search of Progressive Worship Music
"I am seeing a growing anti-social trend (Clock Zero by anonymous) is another example. I ..."
Ivan Kudder The Election Is Changing My Mind ..."
Browse Our Archives
Related posts from Progressive Youth Ministry