A Trump victory threatens the pro-life cause

Patheos Explore the world's faith through different perspectives on religion and spirituality! Patheos has the views of the prevalent religions and spiritualities of the world.
The Washington Post published a strong piece today by Charles Camosy, an associate professor at Fordham University, that warns of the dangers a Trump victory would present the pro-life movement.

The “Culture Wars” have long reinforced a binary discourse when it comes to examining U.S. abortion policy since Roe v. Wade.

Over the last several decades, however, a new embrace of sensitive, diverse, and prudent discussion has brought an atypical collection of people together – including women, youth, non-Christians, and minorities – in order to promote a culture of life.

In “What could stop antiabortion momentum? Trump winning,” Camosy warns that if Trump

is elected president, our opponents on abortion will be able to rightly point out that the antiabortion movement is led by a misogynist, racist, narcissist who is blinded by his own privilege.

Several groups continue to support Trump’s bid for office, believing that as president he would appoint justices in favor of reversing Roe v. Wade. Against this reasoning Camosy writes,

Antiabortion activists have hitched their wagon to the Republican Party for decades with precisely this in mind, but it hasn’t turned out very well for us. Republican presidents not only appointed five of the six justices who voted in favor of the original decision in Roe v. Wade, but they appointed the key justices who made sure the essential holding of Roe remained the law of the land: Sandra Day O’Connor (Ronald Reagan), David Souter (George H.W. Bush) and Anthony M. Kennedy (Reagan).

Furthermore, there is little reason to believe Trump is serious about appointing judges who would overturn Roe given the chance. After all, before his well-timed conversion, Trump was “pro-choice in every respect,” including when it came to partial-birth abortion.

Even during this very election cycle he claimed his abortion-rights-supporting sister would make a great Supreme Court justice. He took five different abortion positions in three days on his way to figuring out contemporary, women-centered antiabortion values. His has consistently refused to say that he wants Roe. v. Wade overturned.

This was on full display Wednesday night during the debate. The moderator, Chris Wallace, asked him three different times if he personally wanted Roe v. Wade to be overturned. Each time Trump refused to answer the question, and the first two times he mentioned that doing so would simply return the issue “back to the states.” Even when he finally insisted that Roe would be “automatically” overturned if he became president, he didn’t seem particularly enthusiastic about the prospect.

Camosy ends his piece in noting where the cause would stand if the matter were to go “back to the states”; hint: those vulnerable would remain vulnerable, and the structural preference for the commodification of human life would remain strong.

Interestingly enough, supporters of Trump should realize that Camosy doesn’t mention Hillary Clinton once, nor should one be under the impression that the Fordham associate professor is encouraging voters to opt for Clinton over Trump in this piece.

Perhaps it’s time, again, for us to reconsider supporting a non-Clinton, non-Trump option for the sake of promoting justice for all. 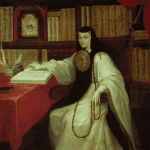 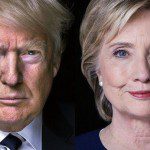