CST in 140 Characters or Less: Heinrich Pesch on Capitalism

“Capitalists are usurers in the broadest sense of the word.”*

A German Jesuit Priest who was influenced by Leo XIII’s Rerum Novarum, Heinrich Pesch, SJ, would become a towering figure in Catholic economic thought with his work on Solidarism – an alternative to the individualism (capitalism) and collectivism of his time. Although Pesch would reject the particular socialism of his day – much like Leo XIII – he managed to make a list of persons advocating various pseudo-socialisms in Ludwig von Mises‘ Socialism (first published in 1922). Along with being championed and cited by some Distributists to this day, Pesch is thought to have profoundly influenced Pius XI’s encyclical Quadragesimo anon.

Pesch’s quotes above come from his Ethics and the National Economy, written towards the end of World War I. The introduction to the text is in itself worth reading. One of my favorite lines in the IHS Press directors’ forward, drawing from the spirit of Pesch, reads “There can be no doubt that the ancient and venerable Mass built western civilization; there is no less doubt that Capitalism, along with Modernism, is destroying it.” [Tweet this]

Here are several, powerful excerpts from his book that I’ll leave you with; we’re providing quite a bit as it all very well summarizes capitalism as a structure of relations with value/vice preferences and its hostility to Christian ethics.

If Christianity condemns the injustices and lack of charity found in the conduct of business so harshly, along with the inordinate grasping for property and possessions which completely loses sight of our eternal destiny, and the greed and restless and unscrupulous craving to accumulate money, and also the capitalistic spirit of Mammon, the desire for pleasure, the callousness in administering and using earthly possessions; and if, on the other hand, it looks with praise on certain individuals who assume actual voluntary poverty because they have a special calling from God to religious life, all of this does not mean that Christian morality stands in the way of a moderate and well-ordered striving to increase one’s wealth so long as there is due regard for Christian conduct in conformity with justice and charity.

Therefore a person who operates his business in total disregard for the dictates of morality and the general welfare, who no longer listens to the voice of his conscience, and who endangers his immortal soul for the sake of business profits deserves to be punished. In other words, what I have previously referred to as the reckless and unrestricted pursuit of gain has always been condemned by all Catholic moral teachers. These have given expression to the idea which prevailed until the beginnings of the capitalist era and which, incidentally, did not rule out any and all kinds of windfall profit. What the Church’s moral teaching sought to prevent and what it actually helped to prevent was the kind of inversion of all human values which did in fact occur only in our times. So much for Sombart. In his view, the “early capitalistic era” had not yet divorced itself completely from the influence of Christian ethics. That is, however, definitely the case in what we now refer to as “capitalism” and the “capitalistic spirit.” Thus, we have to reject any notion that Christian moral teaching actually fostered “capitalism” when that is understood as embodying the “capitalistic spirit”; and in terms of the “inversion of all human values” which has occurred in our time, we may regard it as totally false.

The capitalistic entrepreneur opposes any restraints and limitations on his activities. When he calls for economic freedom for all, he does so only because otherwise he cannot expect economic freedom for himself. He feels that he is strong enough to do battle with his rivals in the market place, and for those who are definitely weaker than he, he proposes free competition. [Tweet this]

Capital is either a small or a large quantity of goods which serves the purpose of accumulating profit. Capitalists are usurers in the broadest sense of the word. We understand usury in the same sense as Franz Schaub does, as any contractual expropriation of what is clearly surplus value. So, in our time, we use the word capitalism to mean a social system where usury operates with more or less complete freedom. The concept, capitalism, signifies a quest for gain that is totally uninhibited. Capitalism, therefore, means economic dominion by capitalists and it must be understood as a historic category.

By contrast, in the older Christian view of things, personal labor was the principal means of earning income, whereas in the capitalist era it is the ownership of material wealth or of money; in other words, capital. For that reason, the bitter antagonism between the “capitalist” and the worker is also “an essentially capitalistic phenomenon.”

Now we find, even in the capitalistic era, outstanding and thoroughly fair-minded entrepreneurs who strive to go ahead solely on the basis of their efficiency and the value of their services. However, what predominates is the chrematistic, materialistic preoccupation of the profit-seeking businessman. That, by and large, is the normal state of affairs in capitalistic economic life. National economic concerns take a back seat to private economic considerations.

Catholic Social Teaching (CST) in 140 Characters or Less is an attempt to provide short bits from within our Catholic moral and social tradition to an audience subject to the tendencies of consumerism and immediate gratification. When possible, and please remind me if I forget, I will include a fuller portion of the quote provided for additional context, and may add a line or two of comment.

Certainly, we can learn much from short statements, but we must see things from within the whole of our faith tradition. This reminds me of what Henri de Lubac wrote in The Discovery of God, concerning Saint Augustine’s dilige et quod vis fac, that this exhortation is proper and may be embraced without error “if you love enough to act, in every circumstance, according to the dictates of love.” De Lubac continues, “One might also say ‘love and believe what you will’ – if you know how to extract all the light from love, whose source is not in you.” Therefore, start with and share small pieces if you prefer, but orient yourself towards learning the whole.

Read what different teachers of the faith have had to say on the Gospel’s demand for justice. See what/who inspired the Catholic Worker Movement, read the Compendium of the Social Doctrine of the Church, read whole documents and the many writers who contributed to this treasure.

For every CST in 140 Characters or Less post, I’ll have a Tweet button available for you to click if you want to share a Tweetable version of the post’s quote. Give it a try! 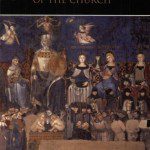 January 14, 2016 John Paul II: If You Want Priestly Vocations, Reject Capitalism
Recent Comments
0 | Leave a Comment
Browse Our Archives
get the latest from
Catholic
Sign up for our newsletter
POPULAR AT PATHEOS Catholic
1