This post may be a tad stale, but it is a consideration that is hardly hysterical.

. . . there are likely to be foreign policy implications. For Americans, as the Obergefell case vividly testifies, freedom is not a fixed proposition. It evolves, expands, and becomes more inclusive, bringing freedom’s prevailing definition (at least in American eyes) ever closer to perfection.

But a nation founded on universal claims—boldly enumerating rights with which “all men” are endowed—finds intolerable any conception of freedom that differs from its own. The ongoing evolution of American freedom creates expectations with which others are expected to comply.

Recall that for the first two centuries of this nation’s existence, American diplomats were indifferent to discrimination against women. Then gender equality found a place on the American political agenda. Now the State Department maintains an Office of Global Women’s Issues devoted to “empowering women politically, socially, and economically around the world.”

We should anticipate something similar occurring in relation to LGBT communities worldwide. Their plight, which is real, will necessarily emerge as a matter of official U.S. concern. Today the United States condemns the racism, sexism, and anti-Semitism that Americans once found eminently tolerable. Tomorrow standing in principled opposition to anti-LGTB discrimination wherever it exists will become a moral imperative, Americans declaring themselves rid of sins they themselves had committed just yesterday.

Whether or not U.S. support for LGBT rights goes beyond the rhetorical, societies still viewing themselves as “under God” will bridle at this sudden turn about. Especially in the Islamic world, demands to conform to the latest revision of American (and therefore universal) freedom will strike many as not only unwelcome but also unholy encroachments. Whether the upshot will contribute to the collective wellbeing of humankind or sow the seeds of further conflict remains to be seen. At least in the near term, the latter seems more likely than the former.

Bacevich raises a telling point. If the Obama administration wants to address tensions in the Middle East, how does its support for same-sex marriage give American diplomats credibility with devout Muslims? And what if Obergefell had been decided before the talks with the Iranians about nuclear weapons had begun. Would Iran have been willing to talk? Or from the other side, will the U.S. insist that Iran provide civil rights for homosexuals in order for the thaw in relations to persist? 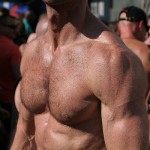 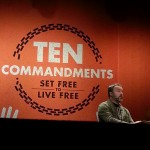 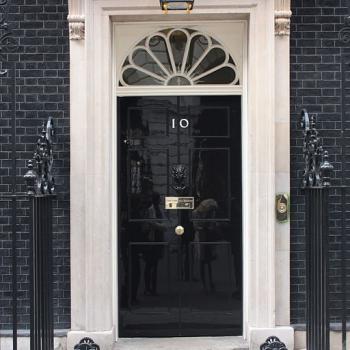