Would N.T. Wright be Popular If People Knew His Politics?

In a recent talk in London, reports have it that:

Wright said that there should be no separation between religion and politics, and that Jesus “came to institute God’s rule on earth, theocracy.”

He said that “To hear the call of Jesus right now [is] to be part of [a] kingdom project.”

“The whole meaning of God’s kingdom is about the one true God calling time on the world’s wicked empires and setting up a radically different empire instead.”

The former bishop rejected the view of some secularist Christians that the New Testament acknowledges a separation between church and state and went on, “When Jesus talks of [the] Kingdom of God, he really did mean that this was the time for God to become King and reign in a way that not only challenges Caesar’s kingdom but challenges Caesar’s type of kingdom.”

“When you put it in context, it is anything but a mandate for church/state split,” he argued.

In an apparent reference to the refugee and migration crisis, he said: “The problem is that the West has bought so deeply into the narrative of the Enlightenment and then can’t understand what has gone wrong when the tragedies of this world literally wash up on our shores.”

Wright’s reflections are not unusual for someone who is part of an ecclesiastical establishment. And what Wright may have failed to consider is that the very set of conditions that keep the Church as part of England are also responsible for secularizing or liberalizing the church. It’s not as if the Church of England herself has not embraced the Enlightenment and a form of secularization.

In which case, a separation of church and state that allowed the church to be the church might actually be better both for the church and the kingdom that Jesus said was not of this world. 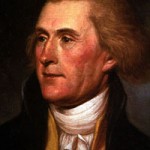 October 29, 2015 A Reformation Reminder
Recent Comments
0 | Leave a Comment
"I can never keep myself from being annoyed by the disingenuousness of the "complementarian" label. ..."
NorrinRadd Are Complementarians America’s Taliban?
"All of the LGBTQ sexually are mentally ill ( have a depraved mind ). And ..."
D.M.S. Being Evangelical, Being Gay
"What did he contribute?"
Roger McKinney Is David French the Best Judge ..."
"That's because French was and is part of the "Cult of Bush.""
Johnny Davis Is David French the Best Judge ..."
Browse Our Archives
Related posts from Putting the Protest in Protestant