What Questions Should Christians ask of Presidential Candidates?

It was a bit of harmonic convergence that I read in the same day two posts that made such different points about the current plight of the United States.

The first stresses a reading of current events taken primarily from the categories of the decalogue:

I suspect that 2015, from a Christian perspective, will go down in history as one of the darkest and gloomiest years of human history. The cavalier destruction of human life, in the name of religion, is on the rise worldwide. No matter how much we protest that terrorists will not change our way of life, gun sales are rising sharply, as more and more people wonder whether shopping at a mall, or going to a movie, or having a Christmas party, will be the occasion for another random act of violence.

Speaking of a cavalier destruction of human life, in 2015 a series of videos were made public that showed the stolid brutality of the abortion industry. Discussions of the legal harvesting and peddling of dead baby parts, over wine and salad, would make any normal person reel in horror and disgust. But, as we soon discovered, normalcy is at a premium in a climate where ideological heels are so far dug in that they threaten to encroach on the earth’s core. To use just one example of such heels, institutions like the one where I am employed, together with such menacing organizations as the “Little Sisters of the Poor,” are being forced to provide for baby brutality/bartering to anyone they employ.

In 2015, Ireland and the United States legally “normalized” homosexuality. This normalization was not, as is sometimes said, in the name of tolerance. Instead, it is a normalization that will not tolerate any opposition. In the United States, once the Supreme Court took upon itself the haughty and baseless task of redefining marriage, their ideological entourage used their collective megaphones to ensure that the rest of us would, by force if necessary, engage in perpetual celebration. When five Supreme judges usurped the authority of the Supreme Judge of all the earth and, by festinated fiat, redefined the history of mankind, the opportunity to oppugn without punishment has now perished.

Of course, this sort of analysis has a measure of truth. Nothing wrong with people who follow the word of God observing how far fallen sinners depart from God’s righteous standard.

But such analysis misses a host of policy questions that could well help American Christians participate as citizens of their republic. Here are a few to keep in mind:

1. The War on Terror: Nearly 15 years after this “war” was launched by George W. Bush, why hasn’t “the most powerful military in the world,” “the finest fighting force in the history of the world” won it? Why isn’t victory anywhere in sight?

2. Nuclear Weapons: Today, more than 70 years after Hiroshima and Nagasaki, what purpose do nukes serve? How many nuclear weapons and delivery systems does the United States actually need?

3. Energy Security: Given the availability of abundant oil and natural gas reserves in the Western Hemisphere and the potential future abundance of alternative energy systems, why should the Persian Gulf continue to qualify as a vital U.S. national security interest?

4. Assassination: Now that the United States has normalized assassination as an instrument of policy, how well is it working? What are its benefits and costs?

5. Europe: Seventy years after World War II and a quarter-century after the Cold War ended, why does European security remain an American responsibility? Given that Europeans are rich enough to defend themselves, why shouldn’t they?

6. Debt: Does the national debt constitute a threat to national security? If so, what are some politically plausible ways of reining it in?

Readers may come up with other questions as important as these. But the point is that simply taking our cues as citizens from the Bible is going to make us oblivious to a host of other considerations that are also important for the greatest nation on God’s green earth.

Could it be that the United States is in its current predicament in part because evangelical Protestant voters have been asking the wrong questions? 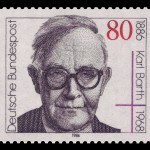 January 22, 2016
Does Academic Freedom Turn All Professors into Theologians?
Next Post 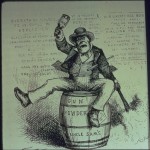 January 29, 2016 Jerry Falwell's Support for Donald Trump is Smarter than You Think
Recent Comments
0 | Leave a Comment
"If only more people knew more about Hillsdale College and how it also serves like ..."
Mark Mcculley Jerry Falwell Jr., We Never Knew ..."
"After days of Republicans chastising Democrats for previously inquiring about Barrett's faith — with some ..."
Mark Mcculley Why Doesn’t Joe Biden Talk about ..."
"Who would experience this nostalgia for a USA of the past? Not black people I ..."
Michel What About Nostalgia for a View ..."
"Liar. The GOP is bent on destroying democracy, as we see with their chronic manipulation ..."
Michel How Evangelicals Can Vote for Joe ..."
Browse Our Archives
get the latest from
Putting the Protest in Protestant
Sign up for our newsletter
POPULAR AT PATHEOS Evangelical
1

How I Tried on Liberal Christianity...
Roger E. Olson
Related posts from Putting the Protest in Protestant