Scholarship In Black and White

I think I understand the concerns that many Americans have about the president-elect. I have them. But I don’t understand why academics who are supposed to look for nuances and subtleties behind arguments and events are so willing to resort to the kind of either-or categories that seemed so from the hip and unscholarly when applied by the likes of Jerry Falwell and James Dobson.

The latest installment comes from Marie Griffith, a capable historian who directs the Danforth Center at Washington University in St. Louis.

[S]everal things are clearer to us now than they were before. It turns out that vast swaths of Americans are comfortable voting for a presidential candidate who has said vile and hate-filled things about Muslims, Mexicans, African Americans, women, and the disabled. They are willing to stake their future on an ideologically fuzzy candidate deemed dangerous by an overwhelming number of widely respected liberal and conservative commentators, major newspaper editorial boards, former U.S. presidents, foreign policy experts, and more. A majority of college-educated, affluent whites apparently have no problem voting for such a person if they see him as better for the economy and their own place in it, or for the religious freedom of their own group in an ostensibly hostile world. Strikingly, 53 percent of white women are willing to vote for a man who is a serial groper by admission and allegation. White Christian voters overwhelmingly supported the least religious presidential candidate in recent history.

How does Dr. Griffith know that so many Americans comfortable with the hate-filled rhetoric of Donald Trump? One could well imagine that many Americans who voted for Trump are also committed to the ideals that Griffith attributes to the United States:

Our country’s ideals have always faced challenges and have been imperfectly embodied in every era, but commitment to these ideals—freedom and equality, life and liberty, the pursuit of happiness and justice for all—demands that we communicate them judiciously, insist upon them as our heritage, and live up to them ourselves.

Part of the problem is that people are not consistent. Someone who studies human beings for a living knows this. Another problem is that elections never — and I mean never — present candidates in only black and white hues.

But the logic of much election analysis is akin to a Trump supporter concluding that anyone who supports Black Lives Matter also favors killing cops.

The really challenging aspect of the recent election is to try to figure out if/how people who have all sorts of reasons not to vote for a candidate go ahead and cast their ballot for him. That assessment takes time and research. Damon Linker suggests the kind of problem to which scholars might apply their skills:

Imagine for a moment what your life might be like as a unemployed middle-aged white woman in a small town in a rural part of a Midwestern state. Your quality of life has been declining since the biggest employers in town closed up shop after the passage of NAFTA. Things got far worse after the financial crash hit in 2008. You voted for Obama and hoped he might change things, making your life marginally better. But instead, things have only gotten worse. Job losses have continued. Family and friends are unemployed, living off of disability checks, purchasing groceries with food stamps. Some are addicted to pain killers, with an old high school friend recently dying in an overdose. Bills, including for health insurance under ObamaCare, keep going up and up.

Meanwhile, Obama has spent his second term enforcing environmental regulations that could close the coal mine in the next county over, working on another trade deal that you fear will only decimate your town even more than it already has been, and circumventing Congress to admit more low-skilled labor into the workforce, where these immigrants will compete with long-time residents for the very few entry-level jobs that can still be found in your corner of the state. And now Hillary Clinton has doubled down on Obama’s immigration goals and offered very little by way of policy that gives you hope for improvement.

Instead, Clinton keeps ranting about the racism, sexism, and bigotry of Donald Trump — and now she’s been caught on tape calling his supporters “deplorable.” You’d been tempted by parts of his message, like when he promised at the Republican convention to be your voice, bring back good jobs, and improve your lot in life. But you didn’t seriously consider supporting him until Hillary Clinton talked that way about your Trump-supporting parents, brother, and neighbors. They’d always said that things would never get better as long as the elitists out East spit in your faces. Maybe they were right after all.

Is this woman on the losing side of history? If she occasionally uses crass, insensitive language to talk about members of minority groups (with whom she rarely interacts), does that make her deplorable?

Liberals need to relearn how to talk to people like this and give them hope — and to persuade them that they don’t view with contempt and disgust everyone who’s moved by a sometimes crass populist message.

But the study project that Dr. Griffith proposes is one where the conclusions have already been reached:

It will be years before we can understand the magnitude of what just happened in the 2016 election. In the meantime, we will not normalize the hate that has received an epically consequential public platform. Roll up your sleeves, friends; there is work for all of us to do.

We know the people who voted for Trump were haters and now we have to prove it? Whatever happened to the favorite world of scholarly analysis — “complicated”?

Worse, this is a return to the fundamentalism on which I was reared, even if it is of a liberal-Democratic kind. For my parents, a show or movie was impermissible if it contained foul language or nudity. I am such a disappointment to my parents (though now deceased) because my favorite moving picture production of all time is The Wire. I know some Christian who think that believers should never be caught dead watching that show because of its nudity. They call it pornographic. But they don’t consider that beyond the atmospherics of sex and language exists a world of characters who are as virtuous as they are vicious, no matter if they are on the right or wrong side of the law.

Should it really take a television show to remind people who get paid to think for a living that appearances are deceptive, that people and events cannot be reduced to good or evil? Or have, to Harry Emerson Fosdick’s worry, the fundamentalists won? 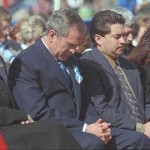 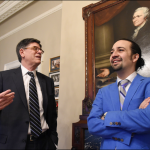