So what’s so bad about voting for Donald Trump? Katelyn Beaty explains:

This election, I didn’t personally know any evangelicals who were vocally supporting Trump. Many of us were troubled by the other candidate, to be sure. But, as so many wise evangelical leaders had noted, electing Trump would seriously harm our already fragile democracy and undo the church’s witness, and I believed the white evangelical community would take heed.

On Wednesday, I woke up to an evangelical family I no longer resembled.

Evangelical at its root means evangel or “good news.” We proclaim to follow a man who chose to affiliate himself with the poor and dispossessed, who called the political and religious leaders of his day to account, who saw and loved people whom others had discarded.

To be sure, no political leader can or should try to enact the good news in policy. Christians of good conscience have and will continue to elect leaders of different ideologies, then go about the daily task of loving their neighbors.

But when evangelical starts to sound like very bad news for very many Americans, it has drifted far from its roots. A prophetic consensus has emerged that U.S. evangelicalism is irreducibly linked with white privilege.

Yet, as Ms. Beaty admits in this piece, she has been an evangelical for twenty years since she was 13. If my math is correct, that would have made her 21 when 79 percent of evangelicals voted for George W. Bush. Why no outrage then, since some Americans questioned just how Christian the forty-third president was:

Bush’s religious backers like Haggard point to the president’s policy agenda as evidence of his spiritual ideals. The Christian spirit of compassionate conservatism, they say, infuses Bush’s commitment to policies like faith-based social services; many believers hold that a poverty of the spirit is at least partly to blame for such social ills as drug abuse and crime. Bush’s stance on abortion and other so-called life issues is also in concordance with the conservative Christian worldview. And the administration’s proposed constitutional amendment banning gay marriage, while theologically dubious, certainly resonates among more traditionalist believers. Even the war in Iraq, on which Bush famously consulted his heavenly (rather than earthly) father, was proffered as an Old Testament-style battle between the forces of good and The Enemy, as such Christians refer to Satan. “Our responsibility to history is already clear: to answer these attacks and rid the world of evil,” the president declared after September 11.

But the aforementioned issues are Christological softballs, as it were. After all, Bush’s positions on such matters land him safely in Republican territory. Never once has the president crossed party lines to uphold Christian principles such as aiding the poor or caring for the environment, for example. Much more of the president’s record reveals a man with a far deeper commitment to partisanship, or just simply being right — even at the expense of clear biblical teaching.

Evangelicals disappointed in other evangelicals is par for the course. It’s what Christians do. But to suggest that this election is unprecedented is to engage in denial. Evangelical support for Ronald Reagan, George H.W. Bush, Bob Dole, George W. Bush, John McCain, and Mitt Romney was by the lights of elites in the media and the academy hair brained. Support for Trump may be more hair brained. But it’s all on the hair-brain spectrum.

Ms. Beaty should not console herself that evangelicalism was fine politically before 2016. 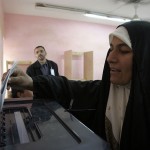 November 10, 2016
They'll Know We Are Christians by Our Vote?
Next Post 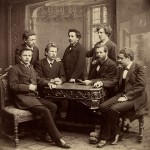 November 18, 2016 Scholarship In Black and White
Recent Comments
0 | Leave a Comment
Browse Our Archives
get the latest updates from
Putting the Protest in Protestant
and the Patheos
Evangelical
Channel
POPULAR AT PATHEOS Evangelical
1